The Start of the new season has flourished and we hope this year will provide you with the best results through your hard word and determination. The previous year ended with the Specialist Officer Exam and since this Clerk notification came in the previous year , this exam pertains to the year 2017, even though the mains exam happen in a different year. Reasoning Ability , one of the easiest section to crack the exam (almost every exam) and this section seems to be in the easier range in terms of difficulty. Apart from the Seating Arrangement and the Puzzles (even they are easier ) , other topics would be a cake walk for the candidates. In the recently held IBPS CLERK PRELIMS EXAM , the alphabet series and also the alphanumeric series constituted for the maximum marks, so you can expect the same level of questions in the mains exam too.

New Pattern Questions will make this section still more complex and even in the recent exams, only some sections will be asked in the new pattern and not all the sections.

D. (1 – 5) In each question below are given some statements followed by conclusions. You have to take the given statements to be true even if they seem to be at variance with commonly known facts. Find the conclusions which logically follow.

All Libraries are Books.

Some Books are Notes.

All Notes are Pens.

I. Some Pens are Library.

II. Some Notes are Library.

III. Some pens are Books.

Some Rupees are India.

Some India is China.

All China are Yuan.

I. Some Yuan are Rupees.

II. Some Yuan are India.

III. Some China are Rupees.

Some Cities are Honda.

Some Hondas are Swift.

Some Swifts are Maruthi.

I. Some Maruthi’s are Honda.

II. Some Swifts are City.

III. Some Maruthi’s are City.

e) Only either I or III follows

All Marks are Papers.

All Papers are Correct.

Some Correct are Answer.

I. Some Answers are Papers.

II. Some Corrects are Mark.

III. Some Answers are Mark.

D.6-7) Read statements and then decide which of the given conclusions logically follows from the given statements disregarding commonly known facts.

Some Diver watches are Faison watch.

No Design watch is large watch.

All Faison watch are Mechanical watch.

Some Luxury watch are Design watch.

All Diver watches are Large watch.

I. Some Diver watches are not Faison watch.

II. All Mechanical watch being Design watch is a possibility.

IV. Some Design watch being Diver watch is a possibility.

All Ballet shoe are Bast shoe.

No Bast shoe is Derby shoe.

All Derby shoe is Earth shoe.

Some Ballet shoes are Monk shoe

III. Some Monk shoe are not Derby shoe

d) Only either I or III follows

All Ice are Cream.

Some Cream are Sweet.

All Fruits are Sweet.

No Cream is Butter.

I. All Fruits are Butter is a possibility.

II. Some Ice are not Sweet.

III. Some Cream are not Fruits.

All Ox are Goat.

Some Ox are Fox.

All Jack are Lion.

No Goat is Jack.

II. Some Ox are not Lion.

III. Some Fox which are Goat are also Lion is a possibility.

All Elephant are Rat.

All Cat are Dog.

Some Tiger are Dog.

No Rat is Cat.

I. No Dog is Elephant.

II. Some Tigers are not Rat.

III. Some Elephants are Dog.

Answers for the  above questions are listed below. Share your scores in the Quiz in the comments section below. 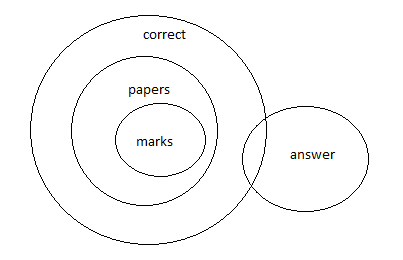 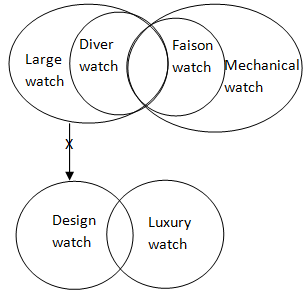 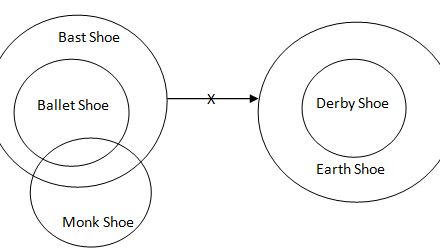 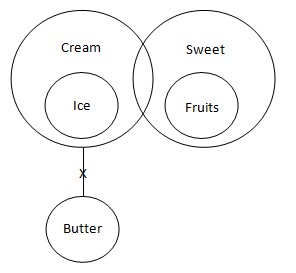 I. False either or

III. False  either or