Learning daily will give you the much needed confidence and the preparation strategy to crack the SBI PO & SBI CLERK Prelims Exam 2018. So, Team Bankersdaily provides you with the best preparation materials and also the Questions which will boost your preparations.

Attend these Quizzes Daily and take your preparations to the next level. Today we are providing Reading Comprehension Questions which is in the medium level. Crack the Strategy and apply this in your exams.

The Centre’s decision to adopt Bharat Stage VI automotive fuels nationwide by April 1, 2020 is a key measure that can, if implemented properly, vastly improve air quality. Rolling out the BS VI standard nationally, skipping BS V, has significant cost implications for fuel producers and the automobile industry, but its positive impact on public health would more than compensate for the investment. Major pollutants such as fine particulate matter, sulphur dioxide, nitrogen oxides and carbon monoxide emitted by millions of vehicles on India’s roads are severely affecting the health of people, particularly children whose lungs are immature and hence more vulnerable. Thousands of premature deaths and rising rates of asthma episodes highlight the urgent need to make a radical and complete shift to modern fuels and vehicle technologies. Past national policy of implementation of the BS IV fuel standard failed primarily because this was not done all over the country and the technical standard also permitted a higher level of sulphur in the fuel. Higher sulphur results in high volumes of fine respirable particulates measuring 2.5 micrometres (PM2.5) being generated in emissions. Since even this obsolete standard was not followed uniformly, many vehicles, especially commercial passenger and freight carriers, have been using lower standard fuel supplied outside big cities. This has rendered their catalytic converters incapable of absorbing pollutants.

Improved air quality, especially in big urban centres, depends on several factors in an era of fast motorisation. A bloated population of vehicles using fossil fuels has affected travel speeds, worsening pollution levels. Poor civic governance has left roads unpaved and public spaces filled with debris and construction dust, constantly re-circulating particulate matter in the air. Moreover, the monitoring of diesel passenger and commercial vehicles – the biggest contributors to total emissions – for compliance with emissions regulations remains poor. Such a record does not inspire confidence that retrofitting of old vehicles to use higher quality fuels such as BS VI can be achieved smoothly. Equally, the distortions in urban development policy that facilitate the use of personal motorised vehicles rather than expanding good public transport, walking and cycling, are glaring. Many of these issues were underscored by the Saumitra Chaudhuri Committee on Auto Fuel Vision and Policy 2025 in its report submitted in 2014. The panel also recommended appropriate levies to fund the transition to cleaner, low sulphur fuels. A study by the Indian Institute of Technology, Delhi on fuel policy and air quality in the same year concluded that the best results would be achieved by raising the fuel standard and introducing policy initiatives that would influence passenger behaviour and cut personal travel kilometres by 25 per cent. The government has done well to advance the deadline for cleaner fuels by three years. It must show the same diligence in making other policy changes in partnership with State governments to clean up the air.

The Centre has recently announced that India will leapfrog from the Bharat Stage (BS) IV emission norms that are now in force to the BS VI norms by 2020. Introduced in 2000, the Bharat norms are emission control standards put in place by the government to keep a check on air pollution. Based on the European regulations (Euro norms), these standards prescribe specifications/limits for the release of air pollutants from equipment using internal combustion engines, including vehicles. Implementation of the BS V standard was originally scheduled for 2019. This has now been skipped. BS VI, originally proposed to come in by 2024, has now been advanced to 2020 instead. Even for Europe, the transition from Euro 5 to Euro 6 norms took a lot of time, Mr. Srivats Ram said. “Technologies had to be adapted, innovations relating to manufacturing had to be done, and, more importantly, testing and validation to the new standards had to be performed,” he pointed out. The climatic conditions, driving habits and road conditions, leave alone fuel conditions and maintenance practices, were significantly different in India compared to Europe, he said. Significant developments in terms of automotive technology and pace of innovation must happen first if the industry had to meet the target that had been set for Bharat Stage VI, he said.

To a question, he admitted that pricing was one of the concerns in adapting Bharat Stage VI norms. “With the new regulations, there are a lot of technological changes that need to be made in the vehicles which will have an impact on pricing. And that will not be an insignificant impact. The price part, however, is one part of the equation. But leaving aside the price part, the technology and the adaptation of technology to Indian road conditions need to be done,” he said. “Everything said, India is a price-sensitive market. They have to see how to adapt the technology to make it affordable,” he added

(a) It will reduce the cost of fuel.

(b) It will reduce the cost of vehicle.

(d) Its positive impact on public health by improving the quality of air.

(i)The time period given to implement the BS IV is short and it’s not aware of people is the main reason.

(ii) It was not fully implemented all over the country.

(iii) Higher level of sulphur in fuels which leads to high volume of fine respirable particulates being generated in emissions.

(iv) The standards which are not followed uniformly all over the country.

(a) Separate standards should be followed to reduce the pollution from the fuel.

(b) Committees to be setup to review the air pollution.

(c) Instead of using personal motorized vehicle, the government should expand good public transport, walking and cycling are glaring.

(d) Raising awareness about the air pollution to the people.

(a) They modifying existing fuel standards and advise to reduce the level of sulphur content in the fuel to affordable rate.

(b) To ban all diesel vehicle over 10 years of age.

(c) They raise the fuel standards and awareness to the people to change the behavior of travelling more than 25 kilometers by public transport.

(d) They advise to use modern technology engines in diesel passenger and commercial vehicles.

(b) Innovation relating manufacturing had to be done.

(c) Testing and validation to the new standards are the main reason for time taken.

(b) We need assistance from Europe.

(c) More money needed from the developed countries to implement the BS VI.

(d) Adopt the technology at affordable price is the major concern in India.

Answers for the above Reading Comprehension Questions :

For the other Sections in the Day 2 of the TARGET SBI PLANNER , please check the below given links. 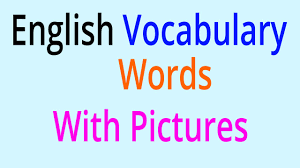