All indications are that 2017 will turn out to be the deadliest year in Jammu and Kashmir in almost a decade, and Monday’s terrorist attack on Amarnath pilgrims is a stark reminder that a clear-eyed security response is required to deal with the challenges. The attack, in which at least seven persons died, shows the vulnerability of civilians in spite of the dense security deployment in the Kashmir Valley. The bus carrying the pilgrims had fallen behind a convoy when it came under fire. But for the alertness of the driver, the casualties could have been much higher. For a few weeks there had been intelligence warnings about terrorists possibly targeting the Amarnath Yatra, given the tone and tenor of the new phase of Kashmir militancy and the sustained tension along the India-Pakistan border, with infiltration continuing. But finger-pointing about a security lapse would be meaningless before an inquiry is conducted. The attack, significantly, comes around the first anniversary of the killing of Hizbul Mujahideen ‘commander’ Burhan Wani, the fallout of which the security forces and the State government continue to struggle to contain. While militancy in Kashmir began taking a new turn sometime in 2013, it escalated in the wake of Wani’s death. According to informed estimates, since his death, over 250 local youth have taken up arms in the Valley. In comparison, in 2013 only 31 local youth were estimated to have enrolled for militancy. Projected estimates suggest that this year the number killed, including security forces personnel and civilians, could finally be more than 400, the highest since 2009, when 375 people were killed in Kashmir. Since then violence had steadily fallen, and in 2012, 117 lives were lost. There are other disconcerting inputs coming from the security agencies. A recent video clip, which is doing the rounds on social media and which the intelligence agencies consider authentic, indicates that the Lashkar-e-Taiba, Hizbul Mujahideen and Jaish-e-Mohammed are operating together, or at least coordinating attacks. The spike in militant activity has coincided with increased street protests, public mobilisation to help militants escape security operations, and intimidatory tactics such as burning of schools to bring normal life to a standstill. This cycle can only be broken through a coherent security strategy and outreach by the civil administration to foster confidence and reduce tensions on the street. The security establishment needs to step up its response to the new reality. The quality of intelligence gathering needs to improve, through traditional human skills and technical capabilities. Personnel need better training to handle this phase of unrest, so that they are more alert to the seemingly blurred, but always vital, line between a security intervention and a human rights violation. Containing violence is crucial to guide Kashmir to a peaceful future.

Bond markets around the globe showed signs of weakness last week, with major central banks hinting at a possible end to years of ultra-loose monetary policy. The yield on German government bonds reached their highest level in 18 months, while that on the 10-year U.S. Treasury bonds reached its highest level in eight weeks. Results of the auction of 30-year French government bonds were the immediate trigger behind the rout as it pointed to a drop in excess demand; the bid-to-cover ratio dropped to 1.5 from 1.93 in January. Notably, the minutes of the European Central Bank’s June meeting indicated that the bank might walk back on its commitment to expand its €60 billion bond purchase programme. The U.S. Federal Reserve has already hiked rates this year, and warned of the risks posed by low rates. The Bank of England and the Bank of Canada have shown signs of hawkishness. Bearish comments from investors that the yield on the 10-year U.S. Treasury bonds might head towards 3% did not help matters either. The Bank of Japan has been the sole exception, promising to purchase unlimited amounts of government bonds at low rates. There is thus widespread concern among investors that central banks, through these bearish signals, may be testing the reaction of markets to a possible interest rate hike. Further, they fear the possibility of a coordinated tightening of monetary policy globally. The fact that the drop in bond prices has coincided with hawkish central bank policy is not totally surprising. The multi-year bull market in bonds has been driven mainly by central bank purchases of government bonds; in fact, sovereign bonds yielded negative rates not too long ago. A major concern right now is whether higher rates in the bond market will spell doom for equities. After all, a higher interest rate places a greater discount on future cash flows, which in turn translates into lower equity prices. What this means for banks and other financial institutions betting on these instruments will define the systemic risk that a long-feared rate hike poses. According to estimates by Goldman Sachs last year, even a 1% increase in rates by the Federal Reserve alone would lead to losses anywhere between $1 trillion and $2.4 trillion to bondholders. This is bigger than the losses incurred during any other bond collapse in history. Even more important will be the risks to the broader economy from an end to the present regime of historically low interest rates. For almost a decade now, investment decisions have been based on low interest rates and high levels of liquidity. An increase in rates, combined with lower levels of liquidity, will require a change in business decisions and a reallocation of resources. This will mean some amount of unavoidable economic pain. In such a scenario, it will not be a total surprise if central banks decide to step back from their plans to normalise rates.

Meaning: Severe or bare in appearance or outline.

Example: The ridge formed a stark silhouette against the sky.

Meaning: The general meaning, sense, or content of something.

Example: The general tenor of the debate.

Meaning: He action of entering or gaining access to an organization or place surreptitiously, especially in order to acquire secret information or cause damage.

Example: The army fenced parts of the border in an effort to stop militant infiltration.

Meaning: Causing one to feel unsettled.

Example: He had a disconcerting habit of offering jobs to people he met at dinner parties.

Meaning: Frighten or overawe (someone), especially in order to make them do what one wants.

Example: The forts are designed to intimidate the nationalist population.

Meaning: The extent or length of reaching out.

Example: The loving outreach of God to the world.

Meaning: A public sale in which goods or property are sold to the highest bidder.

Example: The books are expected to fetch a six-figure sum at tomorrow’s auction.

Meaning: Resembling or likened to a bear, typically in being rough, surly, or clumsy.

Example: In modern democracies the people’s will is in theory sovereign.

Meaning: The value of the shares issued by a company. 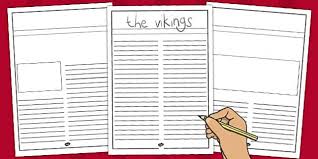