a) Contest vs. consensus

Whether an enlightened public figure or an active politician, the next President should be one who enjoys the widest possible acceptability. For this to happen, there should be meaningful discussions towards building a consensus among the major political parties ahead of the presidential election. The BJP’s overtures to key leaders in the opposition appear to be merely exploratory. Approaching opposition parties for their cooperation without putting forward a name will be unfruitful. It appears that the Union Ministers who met key opposition leaders requested that the latter should not field a candidate merely for the sake of a contest. Such an approach is more likely to succeed if the Centre draws up a list of possible names and seeks the cooperation of opposition parties in getting one of them elected. It would also help the opposition parties arrive at an agreement among themselves on whether to field a candidate or back the ruling party’s choice. The BJP may want to elect a President who will share its political outlook and philosophy. After all, in the last two elections the Congress succeeded in getting its party leaders elected President. But it is worth recalling that the main opposition of the day did not oppose K.R. Narayanan and A.P.J. Abdul Kalam in 1997 and 2002, respectively. A consensus is still possible if the candidate chosen meets one of the most important qualifications for the presidency — a general acceptability. Too often, contestations in the political realm make it imperative for the opposition to field a candidate in the interest of demonstrating its unity in the hope that its combined strength will pose some sort of a threat to the ruling dispensation. There is little doubt that the current political mood in the country is not entirely conducive to successful cooperation among diverse political forces to get an eminent citizen elected without a contest to head the republic. There is widespread unrest among farmers and there are credible fears among several sections that there may be an attempt at homogenising the country’s cultural diversity. There will be little surprise if parties opposing the policies of the National Democratic Alliance regime would want to make use of this opportunity to join hands and make a determined attempt to challenge the electoral supremacy enjoyed by the BJP in the recent elections. On the other side, the BJP may believe it has an edge in the electoral college consisting of all members of Parliament and the State Assemblies, as it can count on the backing of some regional parties. In such circumstances, a contest is likely. However, it would be best if someone who inspires confidence that he or she would act in a non-partisan manner is elected with the support of both the ruling party and the major parties in the opposition. It would enable the next incumbent to be the honest broker and wise counsel the Constitution envisions him or her to be.

The architect of a reunified Germany and a staunch champion of European integration, Helmut Kohl, who died at 87, was the longest-serving German Chancellor since World War II. The steely politician, who lost his bid for a fifth consecutive term as head of his conservative Christian Democratic Union in 1998, went into political wilderness within months thereafter, following a controversy over anonymous donations to his party. Raised in an austere Roman Catholic family, Kohl first came into prominence when he was 39, becoming minister-president of Rhineland-Palatinate in 1969. He emerged as president of the CDU in the early 1970s, and held the position with a firm grip until the end of his political life. Over the decades he mentored the careers of several leaders, including two former presidents, and the incumbent Chancellor Angela Merkel in the 1990s. Kohl was catapulted to high office in 1982, when the liberal Free Democratic Party quit the ruling coalition with the Social Democrats to back the CDU. His early years as Chancellor were notable for the efforts to embed Germany in the Western alliance, improve relations with the Soviet Union and promote post-War reconciliation. His 1985 visit along with President Ronald Reagan to the site of the Bergen-Belsen SS concentration camp and the Bitburg military cemetery, marking the 40th anniversary of liberation from Nazi rule, stoked controversy both at home and in the U.S. But it took until almost the close of the decade before Kohl would begin to play a pivotal part in the developments that culminated in the end of the Cold War. The prospect of a reunited Germany, following the momentous 1989 fall of the Berlin Wall, caused deep scepticism among both European leaders and the Soviet Union’s Mikhail Gorbachev over the potential economic dominance by what would become Europe’s largest nation. However, Kohl’s broader vision of a Germany at the heart of a federal Europe and his instinct for compromise helped overcome such apprehensions in the years that followed. His embrace of Europe’s move towards the adoption of a common currency was a French idea. François Mitterrand, his French counterpart, regarded the Deutschemark as Germany’s nuclear bomb. The euro thus emerged as a concrete, if controversial, symbol of forging a collective European economic future, above all between the union’s two locomotors, Paris and Berlin. When faced with a domestic audience reluctant to see the national currency replaced, Kohl declared that the adoption of monetary union would be a matter of war or peace in the 21st century. Indeed, the recent debt crisis in the Eurozone exposed the limits of introducing a common currency without concomitant political integration. Berlin’s commitment to closer union within the EU, despite recent setbacks to the original project, is a lasting legacy from the Kohl era.

Meaning: Showing understanding, acting in a positive way, and not following old-fashioned or false beliefs.

Example: The school has an enlightened policy of teaching boys to cook.

Meaning: A communication made to someone in order to offer something.

Example: Neither side in the conflict seems willing to make peace overtures.

Example: The president said it was imperative that the release of all hostages be secured.

Meaning: A political or religious system controlling a country at a particular time.

Example: Minorities have a special voice in the new constitutional dispensation.

Meaning: To change something so that all its parts or features become the same or very similar.

Example: TV has homogenized the culture and language of large parts of the planet.

Meaning: To imagine or expect that something is a likely or desirable possibility in the future.

Example: He envisioned a partnership between business and government.

Meaning: To join together into one country, parts of a country that were divided.

Meaning: To suddenly experience a particular state, such as being famous.

Example: The award for best actress meant that almost overnight she was catapulted into the limelight.

Meaning: To fix something firmly into a substance.

Example: The plaque was embedded in a wall at the rear of the house.

Meaning: A situation in which two people or groups of people become friendly again after they have argued.

Example: It took hours of negotiations to bring about a reconciliation between the two sides.

Meaning: An area of ground in which dead bodies are buried.

Example: We came across a run-down cemetery, full of tumbled gravestones.

Meaning: Reach a climax or point of highest development.

Example: Nine days of processions and parades culminating in a dramatic fire-walking ceremony.

Synonyms: Come to a climax, end with

Meaning: Very important because of effects on future events.

Example: The momentous news of the president’s death.

Meaning: Something that happens with something else and is connected with it.

Example: Loss of memory is a natural concomitant of old age. 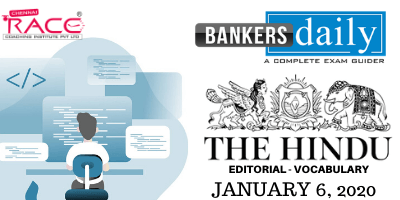 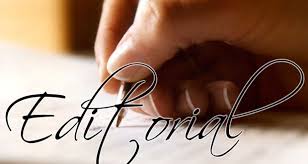