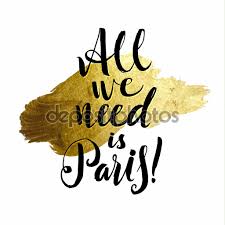 a) We need Paris

In abandoning the Paris Agreement on climate change, U.S. President Donald Trump has chosen to adopt a backward-looking course on one of the most important issues facing humanity. Ignoring scientific evidence on carbon emissions, Mr. Trump has carried his contempt for environmental regulations to an extreme with the decision to pull out of a hard-won compact that seeks to make the world safer for future generations. His move is incongruent with economic reality, because the most valuable American companies in manufacturing, computing, banking services and retailing, ranging from General Electric to Apple and Tesla, all see a future for growth and employment in green innovation, and not in fossil fuels. Some of them have begun reaping the benefits. For poorer residents of various countries, though, weakening of the climate agreement and failure to progressively reduce carbon emissions by 2020 and beyond threaten to impose misery and deepen poverty. Every successive year is becoming hotter than the previous one, and the ice sheets in West Antarctica and Greenland, which hold the key to sea levels, have recorded a steady loss in mass. As a major legacy polluter, the U.S. has a responsibility to mitigate the damage. This is something that Barack Obama recognised, but Mr. Trump has abdicated. It is heartening, however, that there is strong support for the Paris Agreement among many individual States and cities in the U.S., while the European Union and China, which together represent about 39% of man -made emissions, now effectively lead the effort to cut greenhouse gases. Energy efficiency is having an impact, and has levelled of coal use in America; it has in fact fallen over the past four years, including in 2016, in spite of an overall rise in energy consumption. Mr. Trump’s assertion that he represents Pittsburgh, not Paris, is clearly misplaced. India, which he has unfairly blamed for seeking climate funds and building coal plants, should strengthen its pledge to cut the emissions intensity of GDP by 35% by 2030, based on 2005 levels, and expand its ambitious renewable energy programme. The wider challenge now is to maintain the momentum on climate finance for mitigation and adaptation, since the U.S. pledge of $3 billion to the Green Climate Fund made earlier is unlikely to be fulfilled. Funding is crucial for poorer countries in order to cope with extreme weather events and sharp variations in food production caused by climate change. The U.S. exit should not affect the overall goal, which is to keep the increase in global average temperature over pre-industrial levels to less than 2°C. Equally, the principle of common but differentiated responsibilities that under pins the UN climate framework, and casts a duty on industrial powers responsible for the world’s accumulated carbon emissions, needs to be strengthened.

Preventive detention laws in the country have come to be associated with frequent misuse. Such laws confer extraordinary discretionary powers on the executive to detain persons without bail for a period that may extend to one year and courts tend to review them on the touchstone of strict adherence to the prescribed procedure. Sometimes they question the invocation of the draconian power when sufficient provisions are available in the ordinary laws of the land. Several States have a law popularly known as the ‘Goondas Act’ aimed at preventing the dangerous activities of specified kinds of offenders. In a recent order, the Supreme Court has questioned the use of words such as “goonda” and “prejudicial to the maintenance of public order” as a “rhetorical incantation” solely to justify an arbitrary detention order. It struck down the detention of a man who had allegedly sold spurious chilli seeds in Telangana, holding that the grounds of detention were extraneous to the Act. This detention order has captured what is wrong with the frequent resort to preventive detention laws. It stated that recourse to normal legal procedure would be time-consuming and would not be an effective deterrent against the sale of spurious seeds. Therefore, it claimed, there was no option but to invoke the preventive detention law to insulate society from the person’s evil deeds. The court rightly termed this as a gross abuse of statutory powers. The Goondas Act is meant to be invoked against habitual offenders, but in practice it is often used for a host of extraneous reasons. The police tend to use it to buy themselves more time to investigate offences and file a charge sheet. At times, it is used merely to send out a “tough message”. For instance, four persons seen in video footage of women being molested in Rampur in Uttar Pradesh were detained under the Act even though it was not clear if they were habitual offenders. And there are times when preventive detention is overtly political. The recent detention of four political activists in Chennai under the Goondas Act is a direct result of a pathological tendency in Tamil Nadu to crack down on any kind of political activity even remotely linked to the Sri Lankan Tamils issue. The detention of Thirumurugan Gandhi, leader of the ‘May 17 Movement’, a pro Tamil Eelam group, and three of his associates under the Goondas Act is a brazen violation of their fundamental rights and another instance of abuse of the law. The case involved nothing more than violation of prohibitory orders to hold a candle-light vigil in memory of Sri Lankan Tamils who died in the last phase of the civil war in 2009. Those who authorise such preventive detention for flimsy reasons should understand that prevention of crime needs an efficient system of investigation and trial, and not draconian laws.

Meaning: Cease to support or look after (someone).

Example: Her natural mother had abandoned her at an early age.

Meaning: Not suitable or not fitting well with something else.

Example: Violence is incongruent with our values and legal system.

Example: A man who had brought her nothing but misery.

Example: My grandmother died and unexpectedly left me a small legacy.

Example: Drainage schemes have helped to mitigate this problem.

Meaning: Fail to fulfil or undertake (a responsibility or duty).

Example: The government was accused of abdicating its responsibility.

Example: The government pledged itself to deal with environmental problems.

Meaning: Having or showing a strong desire and determination to succeed.

Meaning: To deal successfully with a difficult situation.

Example: It must be really hard to cope with three young children and a job.

Meaning: cause (light or shadow) to appear on a surface. / Throw (something) forcefully in a specified direction.

Example: He cast the book down on to the chair angrily.

Example: The Minister may have exceeded the powers conferred on him by Parliament.

Meaning: Keep (someone) from proceeding by holding them back or making claims on their attention.

Example: She made to open the door, but he detained her.

Meaning: (Of laws or their application) excessively harsh and severe.

Example: The Nazis destroyed the independence of the press by a series of draconian laws.

Meaning: A person who commits an illegal act.

Example: An institution for young offenders.

Meaning: Relating to or concerned with the art of rhetoric.

Meaning: A series of words said as a magic spell or charm.

Example: An incantation to raise the dead.

Example: The fifteen people arrested were still in police detention.

Meaning: A thing that discourages or is intended to discourage someone from doing something.

Example: Cameras are a major deterrent to crime.

Meaning: Call on (a deity or spirit) in prayer, as a witness, or for inspiration.

Example: The antiquated defence of insanity is rarely invoked in England.

Meaning: Irrelevant or unrelated to the subject being dealt with. / Of external origin.

Example: when the transmitter pack is turned off no extraneous noise is heard.

Meaning: Pester or harass (someone) in an aggressive or persistent manner.

Example: The crowd were shouting abuse and molesting the two police officers.

Meaning: Involving or caused by a physical or mental disease.

Example: Glands with a pathological abnormality.

Meaning: Bold and without shame.

Example: He went about his illegal business with a brazen assurance.

Meaning: Use (something) to bad effect or for a bad purpose / Misuse.

Example: The judge abused his power by imposing the fines. 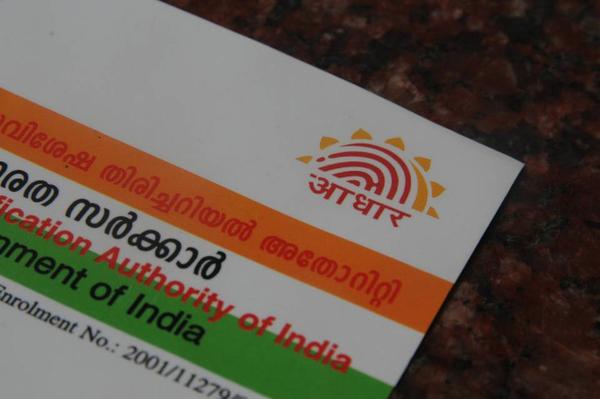