Karnataka was supposed to be the Bharatiya Janata Party’s point of entry into southern India. But after its historic victory in the 2008 Assembly election, the party lost its way in the State, and the Congress staged a comeback five years later. Now, far from expanding to the neighbouring States, the party is struggling to return to power in Karnataka in the face of a determined defensive battle by the politically savvy Congress Chief Minister, Siddaramaiah. A relatively new entrant to the Congress, he has created his own space in the faction-ridden party and in the wider public sphere by traversing caste divides and resisting communal polarisation. Thus, the single-phase election on May 12 could witness a face-off between the BJP and the Congress, with the Janata Dal (Secular) a distant third. The BJP’s challenge is mounted by the old warhorse B.S. Yeddyurappa, its most valuable asset and arguably also its greatest liability. If he won it for the BJP in 2008, he also ensured a defeat in 2013. After he resigned as Chief Minister following allegations of involvement in illegal mining and land deals, Mr. Yeddyurappa tried to run the government through handpicked men. When there was resistance to his meddling from the outside, he formed his own party, the Karnataka Janata Paksha, to down the BJP in 2013, but returned in time to help the BJP perform creditably in the 2014 election. In the absence of other evidence, it must have seemed to the BJP’s national leadership that it could win only with the active assistance of Mr. Yeddyurappa. Mr. Siddaramaiah has used divisive tactics of his own. His government aided demands for religious minority status for Lingayats, a Shaivite section from which Mr. Yeddyurappa, and by extension the BJP, draw substantial support. And he indulged regional sentiments by unveiling a Karnataka State flag. Both decisions are awaiting the approval of the Centre, but the Congress believes that irrespective of what the BJP-led government at the Centre does, the dividends are for it to reap. Agitations against the use of Hindi in Metro stations are also being turned to the disadvantage of the BJP, which is trying to refurbish its image as a Hindu-Hindi party by stressing solely on the Hindu aspect. Karnataka will not be the last State to go to the polls before the Lok Sabha election of 2019, but it holds great importance for the campaigns of the Congress and the BJP in the run-up to 2019. A loss for either will be a dampener, and a win a great morale booster. Leaders of both parties need to convince themselves, more than anyone else, that they have their nose ahead as they near the homestretch.

b) Russia, a rogue nation?

Russia made headlines for all the wrong reasons this week, when a clutch of countries led by the U.S. expelled more than 100 of its diplomats and intelligence officers over suspicion that the Kremlin was behind a nerve agent attack on a Russian spy and defector to the U.K., Sergei Skripal, and his daughter Yulia, in Salisbury on March 4. Besides the U.S., 14 member-states of the European Union, including Germany, France, Poland, the Czech Republic, Lithuania, Italy, Denmark, the Netherlands and Latvia, undertook coordinated expulsions, with Australia also joining them. In a sense this move, seen as the most dramatic, concerted such purge since the Cold War years, has been coming for some time. Last week the U.K. led the way when it expelled 23 Russian diplomats, but the week before that the U.S. had slapped Russia with sanctions against multiple individuals and entities for interfering in the 2016 U.S. presidential election through covert online propaganda, including fake news. Beyond these specific charges lie other alleged violations: in Afghanistan, President Donald Trump’s senior-most ground commander has accused Russia of arming Taliban militants; on the North Korean crisis Mr. Trump mentioned in January that Russia was helping Pyongyang avoid UN sanctions; and the EU last year voted to extend into 2018 sanctions that prohibit its businesses from investing in Crimea. Has Russia truly gone rogue, and is this its grand strategy to reclaim its superpower status? The answer is yes and no. To an extent the U.S. response, significant though it may appear on the surface, signals to Russia an inconsistent application of any principles of bilateral and multilateral engagement. Scarcely a week ago, Mr. Trump congratulated Russian President Vladimir Putin on his re-election, apparently against the advice of senior White House officials, and this drew sharp criticism even from fellow Republicans. He apparently did not deem the nerve agent attack a subject deserving of mention on that phone call. Yet, shortly thereafter he replaced National Security Adviser H.R. McMaster with John Bolton, a long-standing Russia hawk. What would concern democracy-minded Americans is that the expulsion of Russian diplomats might serve as an easy distraction device in the ongoing investigation into whether Mr. Trump or his associates colluded with Russian entities to influence the 2016 presidential election. Whatever the true intentions of the current U.S. administration are, it would be naive to assume that Moscow will miss any opportunity to tighten its strategic grip on global geopolitics, whether in terms of influencing foreign elections, undermining Western coalition forces in Syria, Iraq and Afghanistan, or shadow manoeuvres that exacerbate instability in the context of North Korea and Iran. Contrarily, it is imperative that the West, perhaps led by the U.S. or the EU, find some means to bring Mr. Putin to the negotiating table, the corollary of which is that he must eschew his current preference for political subversion.

Meaning: Cause (something dramatic or unexpected) to happen.

Example: “the President’s attempt to stage a comeback”

Meaning: Used or intended to defend or protect.

Meaning: Shrewd and knowledgeable; having common sense and good judgement.

Example: “Bob is a savvy veteran who knows all the tricks”

Meaning: To move or travel through an area.; extend across or through.

Example: Stanley traversed the continent from west to east.

Meaning: Division into two sharply contrasting groups or sets of opinions or beliefs.

Example: “the polarization of society between rich and poor”

Meaning: A direct confrontation between two people or groups.

Meaning: Organize and initiate (a campaign or other course of action).

Meaning: An old and experienced politician, soldier, or athlete, especially one who is still active.

Example: Manchester City’s old warhorse, still fighting fit at 36, was sent off for fouling after half an hour.

Meaning: Select carefully with a particular purpose in mind.

Meaning: Interfere in something that is not one’s concern.

Example: “I don’t want him meddling in our affairs”

Meaning: Show or announce publicly for the first time.

Example: “the Home Secretary has unveiled plans to crack down on crime”

Meaning: Renovate and redecorate (something, especially a building).

Example: “the premises have been completely refurbished in our corporate style”

Example: “he is solely responsible for any debts the company may incur”

Meaning: The final period of time before an important event.

Example: Everyone is very busy during the run-up to publication.

Meaning: A thing that has a restraining or subduing effect.

Example: “television and booze, those twin dampeners of the revolutionary spirit”

Meaning: The confidence, enthusiasm, and discipline of a person or group at a particular time.

Example: “the team’s morale was high”

Meaning: To get into a position that is slightly in front of someone or something else:

Example: The company has nosed ahead of its closest rivals, claiming 33% market share.

Meaning: The last part of an activity or campaign.

Example: “heading down the home stretch to Tuesday’s final”

Meaning: A person’s power or control, especially when regarded as inescapable.

Meaning: An abrupt or violent removal of a group of people.

Meaning: The state of hostility that existed between the Soviet bloc countries and the Western powers from 1945 to 1990.

Meaning: A gentle warning or punishment.

Example: The police officer gave Minna a slap on the wrist for not wearing her seat belt.

Meaning: Not openly acknowledged or displayed.

Example: “covert operations against the dictatorship”

Antonyms: Overt, Above board

Meaning: Information, especially of a biased or misleading nature, used to promote a political cause or point of view.

Example: “he was charged with distributing enemy propaganda”

Meaning: A person or thing that behaves in an aberrant or unpredictable way, typically with damaging or dangerous effects.

Example: “he hacked into data and ran rogue programs”

Meaning: Redeem (someone) from a state of vice; reform.

Meaning: Not compatible or in keeping with.

Example: “he had done nothing inconsistent with his morality”

Synonyms: Incompatible with, Conflicting with

Meaning: Sharing a particular activity, quality, or condition with someone or something.

Example: “they urged the troops not to fire on their fellow citizens”

Meaning: A person who advocates an aggressive or warlike policy, especially in foreign affairs.

Example: “severe limits were put on the peace plan by party hawks”

Meaning: The action or fact of intending.

Example: “intention is just one of the factors that will be considered”

Meaning: A carefully planned or cunning scheme or action.

Meaning: An essential or urgent thing.

Example: “free movement of labour was an economic imperative”

Meaning: A direct or natural consequence or result.

Example: “the huge increases in unemployment were the corollary of expenditure cuts”

Example: “he appealed to the crowd to eschew violence”

Meaning: The undermining of the power and authority of an established system or institution.

Example: “the ruthless subversion of democracy” 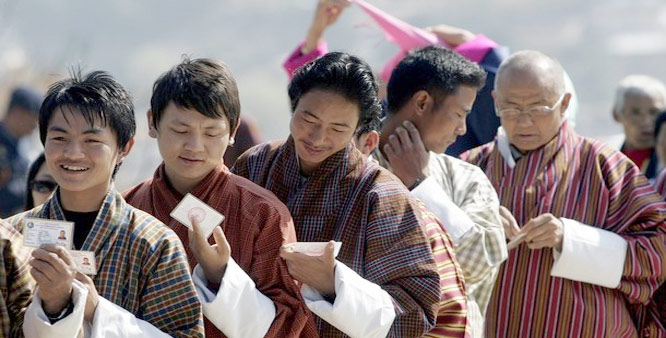 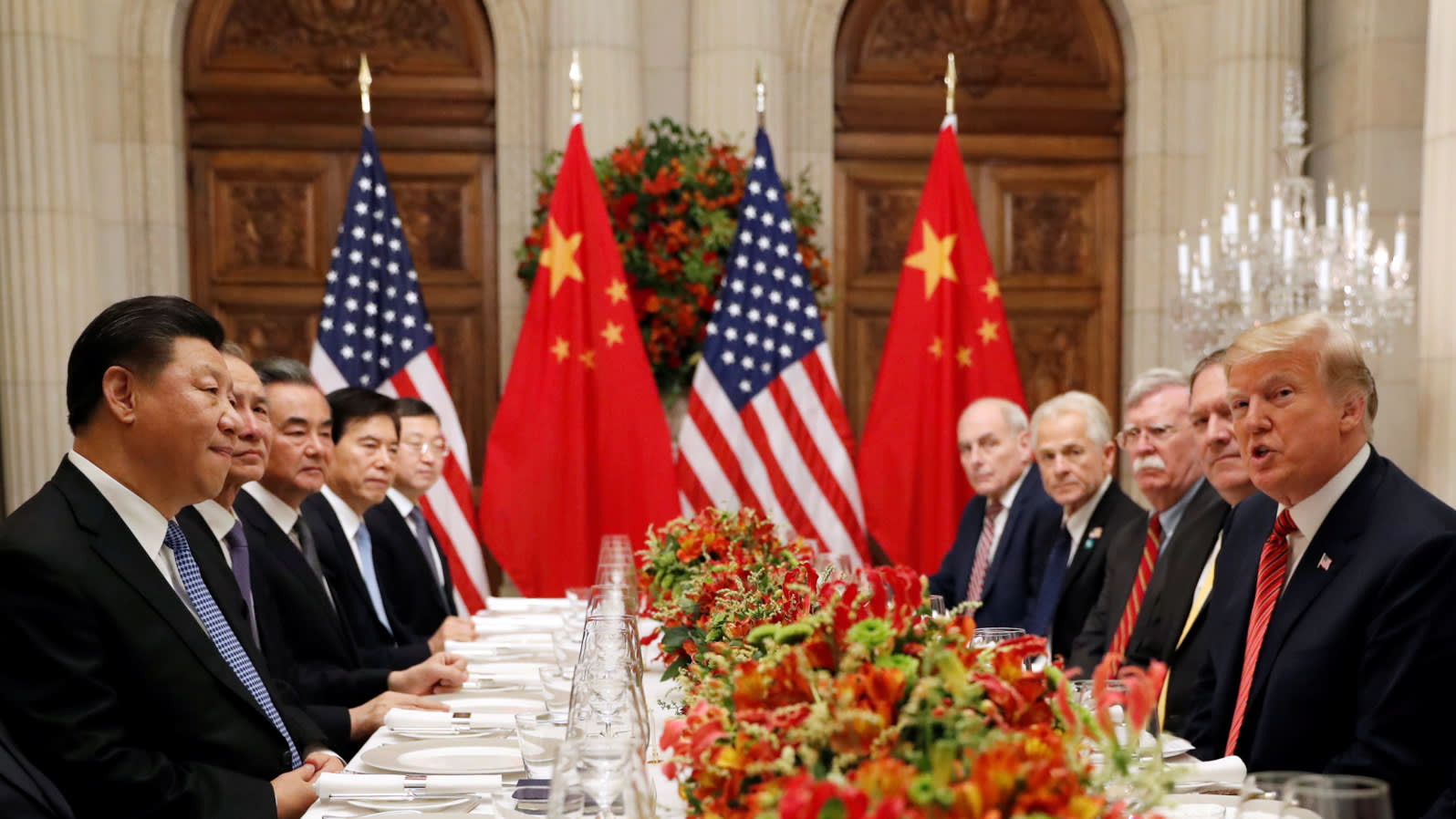