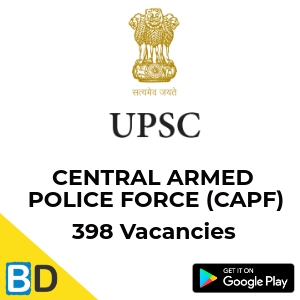 Union Public Service Commission (UPSC) has released the notification now and the recruitment process is different from that of the normal banking exams and aspirants should prepare a different strategy for the CAPF Exam 2018. The Aspirants who wish to apply for the UPSC CAPF Exam will have to satisfy the necessary Qualification and should fulfill that.

The Union Public Service Commission will hold a Written Examination on 12th August, 2018 for recruitment of Assistant Commandants (Group A) in the Central Armed Police Forces (CAPF) viz. Border Security Force (BSF), Central Reserve Police Force (CRPF), Central Industrial Security Force(CISF), Indo-Tibetan Border Police (ITBP) and Sashastra Seema Bal (SSB). The Examination will be held in accordance with the Rules for the Examination published by Ministry of Home Affairs in the Gazette of India dated 25th April, 2018. The date of holding the examination as mentioned above is liable to be changed at the discretion of the Commission.

The tentative number of vacancies to be filled on the results of the examination is as follows:

The number of vacancies mentioned above is liable to alteration.

Reservation will be given effect to as per policy of the Govt. 10% of the vacancies are earmarked for ex-servicemen.

NOTE: In case the vacancy(ies) reserved for Ex-servicemen remain unfilled due to non- availability of eligible or qualified candidates, the same shall be filled by candidates from non- ex-servicemen category.

The upper age limit prescribed above will be relaxable.

The date of birth accepted by the Commission is that entered in the Matriculation or Secondary School Leaving Certificate or in a certificate recognised by an Indian University as equivalent to Matriculation or in an extract from a Register of Matriculates maintained by a University, which must be certified by the proper authority of the University or in the Higher Secondary or an equivalent examination certificate. No other document relating to age like horoscopes, affidavits, birth extracts from Municipal Corporation, service records and the like will be accepted. The expression Matriculation/Secondary

A candidate must hold a bachelor’s degree of a University incorporated by an Act of the Central or State Legislature in India or other educational institutions established by an Act of Parliament or declared to be deemed as a University under Section-3 of the University Grants Commission Act, 1956 or possess an equivalent qualification.

Candidates (excepting Female/SC/ST candidates who are exempted from payment of fee) are required to pay a fee of Rs. 200/- (Rupees Two Hundred Only) either by depositing the money in any Branch of SBI by cash, or by using net banking facility of State Bank of India or by using Visa/Master/RuPay Credit/Debit Card.

LAST DATE FOR SUBMISSION OF APPLICATIONS :

The Selection Procedure/Scheme of the Examination will be as follows:

The questions in this paper will be of Objective (Multiple Answers) Type in which the questions will be set in English as well as Hindi.

In this paper candidates will be allowed the option of writing the Essay Component in English or Hindi, but the medium of Precis Writing, Comprehension Components and other communications/ language skills will be English only.

NOTE-I : Candidates should ensure that in Paper II they write the answers only in the medium allowed by the Commission for the different Components as mentioned above. No credit will be given for answers written in a medium other than the one allowed in the Paper. Candidates will be required to indicate the medium of Essay Component in the Attendance Lists and on the Answer Book. No credit will be given for the Essay Component if the candidate indicates a medium on the Attendance List and on the Answer Book other than the one in which he/she has written the Essay.

Final Selection / Merit: The merit list will be drawn on the basis of marks obtained by the candidates in the Written Examination and Interview/Personality

Candidates are required to apply online only by using the website www.upsconline.nic.in Brief instructions for filling up the online Application Form have been given in Appendix-II. Detailed instructions are available on the above-mentioned website. Alternately aspirants can click the below-mentioned link to directly apply for the CAPF Exam 2018.

Aspirants can check the notification of the UPSC CAPF (Central Armed Police Forces (CAPFs)) from the link that is mentioned in the UPSC Website. Pease check that from the below given link.

Don’t Forget to Attend the 49 MOCK TEST for the SBI CLERK PRELIMS EXAM 2018 in our Bankersdaily Store. Check the MOCK TESTS now from the below given links. 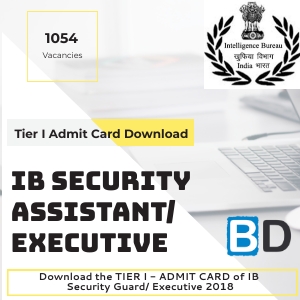 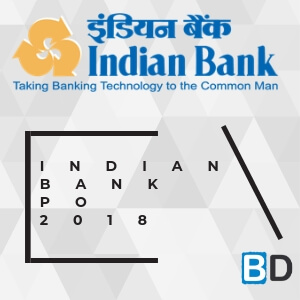 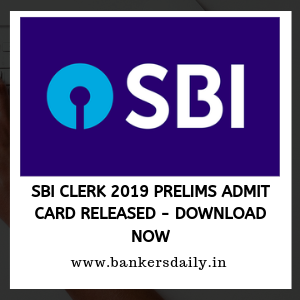