Meaning: the art of effective or persuasive speaking or writing

Sentence: “he was considered to excel in this form of rhetoric”

Meaning: a trace, mark, or visible sign left by something

Sentence: “There was not a vestige of doubt in the Jews’ minds”

Meaning: honor or entertain (someone) lavishly.

Sentence: “she was an instant celebrity, feted by the media”

Meaning: hostility and ill-treatment, especially because of race or political or religious beliefs

Sentence: “The angry customer was not placated by the clerk’s apology.”

Meaning: to run away from danger

Sentence: “Many people fled the city to escape the fighting.”

Meaning: a step taken sideways, typically to avoid someone or something.

Sentence: “She wanted to free herself from the suspicion, so she preferred to take a sidestep.”

Meaning: very attentive to and concerned about accuracy and detail.

Sentence: “she dressed with fastidious care”

Meaning: rid (someone) of an unwanted feeling, memory, or condition.

Sentence: “Bob had helped Martha of the terrible guilt that had haunted her”

Meaning: an allusive or oblique remark or hint, typically a suggestive or disparaging one.

Sentence: “His reputation has been damaged by innuendo.” 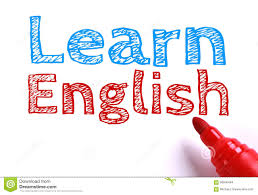