“Rivers should link, not divide us,” said the Indian Prime Minister expressing concern over interstate disputes and urged state governments to show “understanding and consideration, statesmanship and an appreciation of the other point of view.” Water conflicts in India now reach every level; divide every segment of our society, political parties, states, regions and sub-regions within states, districts, castes and groups and individual farmers. Water conflicts within and between many developing countries are also taking a serious turn. Fortunately, the “water wars”, forecast by so many, have not yet materialized. War has taken place, but over oil, not water. Water is radically altering and affecting political boundaries all over the world, between as well as within countries. In India, water conflicts are likely to worsen before they begin to be resolved. Till then they pose a significant threat to economic growth, security and health of the ecosystem and the victims are likely to be the poorest of the poor as well as the very sources of water-rivers, wetlands and aquifers. Conflicts might sound bad or negative, but they are logical developments in the absence of proper democratic, legal and administrative mechanisms to handle issues at the root of water conflicts. Part of the problem stems from the specific nature of water, namely that water is divisible and amenable to sharing; one unit of water used by one is a unit denied to others; it has multiple uses and users and involves resultant trade-offs. Excludability is an inherent problem and very often exclusion costs involved the issue of graded scales and boundaries and need for evolving a corresponding understanding around them. Finally, the way water is planned, used and managed causes externalities, both positive and negative, and many of them are unidirectional and asymmetric. There is a relatively greater visibility as well as a greater body of experience in evolving policies, frameworks, legal set-ups and administrative mechanisms dealings with immobile natural resources, however contested the space may be. Reformists as well as revolutionary movements are rooted in issues related to land. Several political and legal interventions addressing the issue of equity and societal justice have been attempted. Most countries have gone through land reforms of one type or another. Issues related to forests have also generated a body of comprehensive literature on forest resources and rights. Though conflicts over them have received much more serious attention, have been studied in their own right and practical as well as theoretical means of dealing with them have been sought. In contrast, water conflicts have not received the same kind of attention.

1. According to the author which of the following is/are consequences of water conflicts?

(A) Trans-border conflicts between developing countries.

(B) Water bodies will remain unused and unaffected till the conflict is resolved.

(C) Water conflicts have altered the political boundaries within countries.

2. Why does the author ask readers not to view conflicts too negatively?

(A) Most countries have survived them easily.

(B) They bring political parties together.

(C) They only affect the grassroot levels.

3. The author’s main objective in writing the passage is to

(a) showcase government commitment to sole the water distribution problem

4. Which of the following is TRUE in the context of the passage?

(a) Water wars are taking place between many developing countries.

(b) There have been several legal interventions in India to govern the use of water resources.

(c) The poor people are worst affected by water conflicts.

5. What is the Prime Minister’s advice to resolve water disputes?

(a) Link all rivers to make national grid.

(b) Politicians alone can solve the problem.

6. Which of the following is NOT TRUE in the context of the passage?

(a) Deeper problems exist at the root of all water conflicts.

(b) Competing uses of water is a cause of water conflict.

(d) Only social stability is unaffected by water disputes.

7. According to the author, which of the following factors aggravates water disputes?

(b) Excessive analysis of the issue

8. Which of the following can be inferred about water conflicts?

(b) There is no real solution to water conflicts.

(d) Water conflicts threaten the livelihood of those who depend on water sources.

9. According to the passage, which of the following is a limitation of water resulting in disputes?

(a) Water is not a divisible resource.

(b) Manipulation of water distribution is easy.

(c) Water is an interconnected resource.

(d) Water is an immobile resource.

Directions (Q. 10-12): Pick out the word which is the closest in meaning to the word printed in bold as used in the passage.

Directions (Q. 13-15): Pick out the word which is the closest in meaning to the word printed in bold as used in the passage. 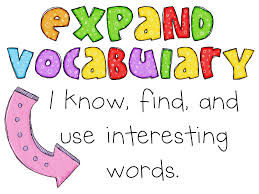