Myanmar: human rights under the junta?

The picture that accompanies this article has become iconic — iconic for all the wrong reasons of course, a symbol of an unhinged, dismal world where the mother with a dead baby in her arms must hold herself up in all her vulnerabilities to convince the world of the seriousness of the issue she represents. The issue here is the displacement and persecution of a desperately poor ethnic minority — the Rohingya from the Rakhine State in western Myanmar. It is also an issue that seems to have the uncertain prestige of unifying the world —from U.S. President Donald Trump to her Oxford college, all are willing to shake their head and say with a self-righteous sigh, Aung San Suu Kyi should be shorn of all honours.

Unlike the earliest Muslim migrants to Burma who came from Persia, Arabia or India as traders, the Rohingya Muslims of Rakhine were never really well-assimilated in Burmese life. The community grew mainly through immigration and exogamy, because of the proximity of Muslim Bengal. This gave the community an inherent fragility which perhaps made them repeatedly reach out for external assistance, thus deepening the communal divide. But the fact that they were never well-assimilated and at a point in history dared to express solidarity with another nation, reason enough for the punishing circumstances they suffer today? Is that justification for the wretched mother’s misery who kisses the forehead of her dead child? No. News also keeps trickling in that the Rohingya might not be as vulnerable as they look. A local terrorist outfit called the ARSA (Arakan Rohingya Salvation Army) is said to have connections with even the Pakistan-based Lashkar-e-Taiba. In fact, the entire security operation by the Burmese Army this year that sparked off the mass exodus of half a million Rohingya to Bangladesh in what has been called a textbook case of ethnic cleansing was actually triggered by the ARSA simultaneously attacking 30 police outposts and one Army regiment’s headquarters in Rakhine. But are we convinced by this explanation? That this was merely an act of self-protection by the Burmese military? No. The picture of that unfortunate mother, eyes closed in resigned acceptance of her cruel destiny, lingers. And out tumbles our final question, angry because it is desperate: then what was Ms. Suu Kyi, State Counsellor since the landmark elections of 2015, doing? The winner of the Peace Prize, the upholder of human rights, the voice of conscience and hope in a world gone all wrong? And herein lies the twist to the tale. In a country where the military junta still holds unbridled power, granted to it by the Constitution of 2008, how much power does the State Counsellor really have? Did she really give the marching orders to the Army to unleash felony and violence on the community in August 2017? For let us not forget, the Burmese Army, or the Tatmadaw, still functions more or less as a parallel establishment, with unquestioned control over the departments of defence, internal affairs and border security. The 2008 Constitution guarantees it not only a guardianship role but also places it outside civilian control. No debates on defence or strategic matters are ever held in plenary sessions of the Burmese Parliament and the annual defence budget is merely a matter of parliamentary record, not scrutiny. And as we take note of these facts, let us also not forget the extraordinary timing of the first grisly rape and murder of a young Rakhine girl in the Muslim dominated township of Ramree in the Rakhine State — May 28, 2012 — just before Ms. Suu Kyi was to leave after a period of 24 years for her first high-profile foreign trip outside Myanmar. Even as she officially accepted her Nobel Peace Prize on June 16, 2012, more stories of sectarian violence against the Rohingya surfaced in the international media. Too much of a coincidence to be taken at face value? Maybe.

Look at the system

To view the Rohingya issue merely as a racial or religious one is to catch the most superficial glimpse of it. It has deep roots which go back to 1948 or even beyond, it has a geographical spread that encompasses nearly the entire world or large tracts of it, causes of conflict that are social and economic as much as they are natural or religious. It also has at its epicentre something as basic and tangible as Myanmar’s Constitution of 2008 — a document that the Tatmadaw pledges to protect with its life and the amendment of which is one of the main objectives of the Suu Kyi-led civilian government. It is only after its amendment that Myanmar can look forward to emerging as a true democracy and till that happens Ms. Suu Kyi has to continue her careful tiptoed walk with the military as well as the Buddhist ultranationalists with whom the Tatmadaw seems to be in an unholy alliance. Otherwise in jeopardy will be not only the Rohingya but also the fragile hopes of Myanmar’s 53 million people with consequent ramifications for the ASEAN region and the rest of the world. So while we mull over these facts, babes in arms die to prove to us the seriousness of the issue. It is indeed a world gone all wrong.

Example:  The loneliness had nearly unhinged him.

Example: He shuddered as he watched his team’s dismal performance.

Meaning: Hostility and ill-treatment, especially because of race or political or religious beliefs; oppression.

Example: He desperately needed a drink.

Meaning: Give the impression of being something or having a particular quality.

Meaning: Break off or cause to break off, owing to a structural strain.

Example: The gear sheared and jammed in the rear wheel.

Meaning: Absorb and integrate (people, ideas, or culture) into a wider society or culture.

Example: Pop trends are assimilated into the mainstream with alarming speed.

Meaning: The fact or custom of marrying someone from outside your group.

Example: Do not operate microphones in close proximity to television sets.

Meaning: The quality of being easily broken or damaged.

Meaning: Unity or agreement of feeling or action, especially among individuals with a common interest; mutual support within a group.

Meaning: (Of a person) in a very unhappy or unfortunate state.

Example: I felt so wretched because I thought I might never see you again.

Example: A man who had brought her nothing but misery.

Meaning: (Of a liquid) flow in a small stream.

Example: A solitary tear trickled down her cheek.

Meaning: Cause something, usually unpleasant, to happen.

Example:  The riot was SPARKED OFF by the police raid on the club.

Meaning: A mass departure of people.

Example: The annual exodus of sun-seeking Canadians to Florida.

Meaning: Cause (someone) to believe firmly in the truth of something.

Example: Robert’s expression had obviously convinced her of his innocence.

Meaning: Stay in a place longer than necessary because of a reluctance to leave.

Example: She lingered in the yard, enjoying the warm sunshine.

Meaning: Move or rush in a headlong or uncontrolled way.

Example: Police and dogs tumbled from the vehicle.

Meaning: Feeling or showing a hopeless sense that a situation is so bad as to be impossible to deal with.

Example: A moment of unbridled ambition.

Meaning: (An example of) serious crime that can be punished by one or more years in prison.

Example: He was convicted of a felony.

Example: Crusaders were offered a plenary indulgence by the Pope.

Example: The town was shaken by a series of grisly crimes.

Meaning: Rigidly following the doctrines of a sect or other group.

Example: He had a vision of a society living in racial harmony.

Example: He glimpsed a figure standing in the shade.

Meaning: Surround and have or hold within.

Example: This area of London encompasses Piccadilly to the north and St James’s Park to the south.

Example: There was a conflict between his business and domestic life.

Meaning: The epicentre of an earthquake is the place on the Earth’s surface directly above the point where it starts, and is the place where it is felt most strongly.

Example: The earthquake had its epicentre two-hundred kilometres north-east of the capital.

Example: The emphasis is now on tangible results.

Meaning: Carefully avoid discussing or dealing with (a difficult or sensitive subject).

Example: He admits he has never been one to tiptoe around controversial issues.

Meaning: A relationship based on similarity of interests, nature, or qualities.

Example: An alliance between medicine and morality.

Example: The whole peace process is in jeopardy.

Example: You have a fragile grip on reality.

Meaning: A complex or unwelcome consequence of an action or event.

Example: Any change is bound to have legal ramifications.

Meaning: Think about (something) deeply and at length.

Example: She began to mull over the various possibilities. 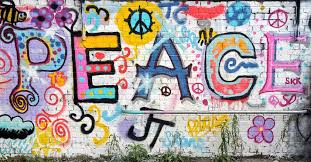 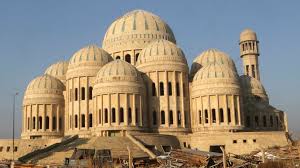