IBPS RRB Scale I Officer Prelims 2017 – What are the lessons learnt ?

IBPS RRB Scale I Officer Prelims 2017 – What are the lessons learned?

This IBPS RRB Scale I Officer preliminary examination 2017 has left some of the questions for the candidates who have appeared for the exams.

As you know the preliminary exam of IBPS RRB Scale I Officer was easy in all the slots and only some topics were difficult and mostly everyone attended from 30-50 questions in average and some of the candidates attended 50+ questions.

We heard your questions and have posted about what would be the expected cutoff marks of IBPS RRB Scale I Officer in a separate post and also the whole Analysis of all the slots that happened in the two days. Have a look at both the posts.

Most of the queries from the candidates were regarding the time constraints they faced in the exam and also the topics which they are not familiar with.

For the former question, practice is the only way which will give you the necessary time to solve the required problems in the exam. If you are concentrating on individual topics rather than the whole exam, you are losing something. We know both are needed and instead of concentrating on a single topic at a time, go for mock tests, split your time and schedule accordingly and learn the topics in which you are not familiar with and then go for the mocks. Don’t spend too much time in learning the topics whichever you are familiar with.

Divide the days in such a way that, you can learn to solve almost all the topics and try full tests, this will give you an edge over the real ones. This has an added advantage too because if there are tougher questions in the  full tests, you gain more by solving those questions. So you gain more and also this solves the time constraints faced by many candidates.

Also, many aspirants have requested to continue the individual topics posted by our team in an increased manner, even after the planner gets over. We always take the feedbacks by the aspirants and we have decided to continue the individual posts of different topics and will be continuing the series till IBPS Clerk and it will start soon after the IBPS PO planner gets over.

This series is only for beginners  named Beginner Series and its starting from today by 6 PM. We will provide you only simple questions which is of prelims pattern. So that you could avoid time constraints in the exam.

So what are the lessons learned from the IBPS RRB SCALE I OFFICER PRELIMS 2017 , do share your views with us and also if you have any feedbacks pease mention it in the comments, we are all ears to your feedback. 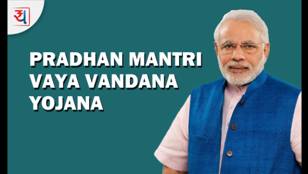