The Government of India breathed life into the Jan Aushadhi Programme, 2008, and plans to run it on a Campaign Mission Mode. The Jan Aushadhi Campaign is a self-sustaining business model re-launched in March by the Department of Pharmaceuticals under the Pradhan Mantri Jan Aushadhi Scheme. Based on the principle of Not for Profits but with Minimal Profits, this programme has been re-launched with the objective of ensuring availability of quality medicines at affordable prices to all. The Pharmaceutical Industry in India has developed a strong capability to produce quality branded and generic medicines in most of the therapeutic categories, and has in the past three decades evolved from a 1500 crore industry in 1980 to a 1,19,000 crore industry in 2012. Unfortunately, though most of these medicines are priced reasonably as compared to other countries, the poor in India are still unable to afford the branded ones. The Government of India had stepped in to help the poor through regulations such as Price control of Scheduled and Non-Scheduled Drugs, Uniform VAT, and Reduction in Excise duty. To further alleviate the condition of the poor and help them attain better quality of life through access to quality medicines, the government has now launched the Jan Aushadhi Campaign.

What are Generic Medicines?

Generic drugs are drugs with the same chemical composition as its equivalent with an advertised brand name.

A Task Force of senior officers of the Department of Pharmaceuticals, CEOs of Pharma CPSUs, representatives of Pharma industry, NGOs/charitable organizations, State Governments, doctors from reputed national level institutions like AIIMS, Maulana Azad Medical College and RML Hospital, and senior representatives from WHO was constituted to implement the Jan Aushadhi Campaign. This programme has been launched in collaboration with the Central Pharma Public Sector Undertakings (CPSU) as part of their Corporate Social Responsibilities agenda.

With the aim of making generic medicines more accessible and available to the public at large and to the poor in particular, the following steps are being taken under the scheme:

Expectations from the Programme

The Jan Aushadhi programme is expected to redefine the principles of production, retail trade and drug prescription by doctors.  A National List of Essential Medicines, 2003, which can be bought over the counter, has been prepared for the purpose. A list of Unbranded Generic medicines, commonly used by patients for chronic and other diseases, has also been prepared. The National List of Essential Medicines, 2003 (NLEM, 2003) has also been used for this purpose. Each State has been asked to add on to this list names of drugs which are commonly used by the people in that particular area.

It is ironic that even though Indian pharma companies rank among the top performers in the global generics market, offering quality medicines at affordable prices to patients across the world, an initiative to do the same within the home market floundered for seven years. As Dr Ajit Dangi, President and CEO, Danssen Consulting informs, “The old scheme of Jan Aushadhi, which was launched in 2008, is already struggling to survive. The new scheme is a fresh lease to infuse some life into the old”. Currently less than 200 shops are functional under the old scheme. Study shows that, largely due to the dependence on public sector unites for supply, availability of medicines was only about 33 per cent.

The key challenge in the scheme will be implementation and execution with due care that the end customer does not land up with fake or spurious drugs. However, there is no doubt about the fact that this scheme should be implemented on a war footing so that the rich and the poor alike are able to avail quality healthcare for a better life. 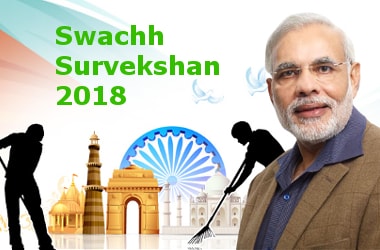