SBI PO Prelims Exam 2018 – Slot 3 is over now and as usual this slot is also moderate as that of the previous slots. The Reasoning section was considered as moderate and this slot had seating and puzzle.

We have already posted the review and analysis of SBI PO Prelims 2018 Exam – Slot 1 in Bankersdaily. Check the Same from the link that is provided below.

This is the order in which the Topics were asked in the SBI PO Prelims 2018 – Slot 2 Exam is based on the below given order.

You can help the other candidates with

Your valuable feedback about the exams and the questions asked in the SBI PO Prelims Exam 2018 will be helpful for the other candidates and also to the ones who wish to know things in the exam.

We are expecting your valuable feedbacks about SBI Clerk Prelims from the aspirants side those who are attending on 24th June, 2018. Alternately you can also share the review to us in our Telegram Group (Bankersdaily)

Please click the Attended Questions an Press Vote to Poll your answers.

In the early 1990s, economists coined the term “the resource curse” to describe a paradox they observed in countries where valuable natural resources were discovered: Rather than thriving, such countries often crumbled, economically and politically. The newfound wealth, instead of raising living standards for all, generated violence, as well as accelerating the growth of inequality and corruption. Terry Karl, a Stanford political science professor, dubbed this the “paradox of plenty.” The same story has played out again and again all over the world, from Venezuela (where Karl did her research on the destruction wrought by oil wealth) to Sierra Leone (home of blood diamonds) and Afghanistan (which, despite $3 trillion in mineral wealth, remains among the poorest and most corrupt countries in the world).

A similarly insidious pattern has developed in recent years among the countries serving as offshore financial centers. Many, like the countries affected by the resource curse, are former colonial states struggling to stay fiscally viable; the “resource” they discover is human capital, in the form of a population literate and numerate enough to provide financial services, such as the filing and compliance tasks linked to offshore corporations, trusts, and foundations. For these economically and politically fragile countries, the influx of cash provided by involvement in international finance seems like an unmitigated blessing, offering jobs and revenues for a relatively small investment in infrastructure, such as high-speed internet access.

But as many are finding, becoming a tax haven has unexpected costs. Precipitous economic, political, and social declines have occurred so often in such states that observers have coined a new term for it: “the finance curse.” When the “finance curse” strikes a country, there is a recurrent pattern: While its democracy, economy, and culture remain formally intact, they are increasingly oriented to and co-opted by international elites. In other words, such countries gradually become organized around the interests of people who don’t even live there, to the detriment of those who do. The services produced by these countries protect cosmopolitans’ wealth, but the riches never flow to the the local producers, undermining their capacity for self-governance and social cohesion, as well as the development of infrastructure and institutions.

This has led to increasing economic fragility for offshore financial centers, along with political corruption and social decline, as evidenced by a rise in crime and violence. I experienced the latter in my own research on the global wealth-management industry: In the course of visiting 18 tax havens in every major region of the world, I encountered this social decay directly through a number of experiences, including being robbed at Pae Moana in the Cook Islands. A local fisherman I met afterwards said the rise in burglary and violent crime in the islands began with the growth of the offshore industry. Not only the wealth it brought in, but also the new value system focused on exploitation and greed, meant that “everyone calls us the ‘Crook Islands’ now.” The finance industry had begun to eat away at the nation’s democratic institutions: Referring to a recent political-corruption scandal, the fisherman said, “They’ve got our government in their pockets. I hate what they’ve done to my country.”

But as I learned, the workings of the finance curse have shaped not only the development of small post-colonial nations like the Cook Islands, but also that of seemingly wealthy and well-established ones. For example, recent reporting on the Channel Island of Jersey has documented the crippling of the country’s economy, government, and society in one of the world’s leading financial centers—a place that was once considered a “miracle of plenty” and a role model for other would-be tax havens.

The corrosion described by the finance curse has affected even some of the wealthiest financial centers, such as Luxembourg, which is the domicile of choice for $3.5 trillion worth of mutual-fund shares and over 150 banks. As a result of a robust financial-services sector that contributes 27 percent of the country’s economic production, the Grand Duchy boasts the highest per capita GDP in the Europe, far outstripping its nearest rivals, Norway and Switzerland. At first blush, Luxembourg would appear to be in terrific shape: a wealthy democracy, thriving in the center of Western Europe.

We have given the review and analysis of the last Slot (Slot 1) Review video of SBI PO PRELIMS – Day 1 in the below attached video.

WE will be updating the Other Slots reviews too in this day. So keep a watchful eye in our Website. 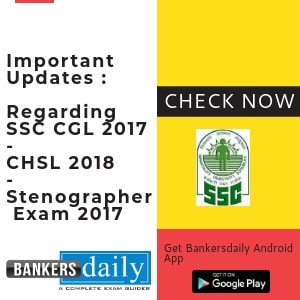