The boundary stand-off with China at the Doka La tri-junction with Bhutan is by all accounts unprecedented; it demands calmer counsel on all sides. The tri-junction stretch of the boundary at Sikkim, though contested, has witnessed far fewer tensions than the western sector of the India-China boundary even as India and Bhutan have carried on separate negotiations with China. China’s action of sending People’s Liberation Army construction teams with earth moving equipment to forcibly build a road upsets a carefully preserved peace. In fact, during Chinese President Xi Jinping’s visit in 2014 the stretch was opened as an alternative route to Kailash Mansarovar for Indian pilgrims as a confidence-building measure. That the PLA decided to undertake the action just as the year’s first group of pilgrims was reaching Nathu La cannot be a coincidence. Moreover, it came only days after Prime Minister Narendra Modi’s bilateral meeting with President Xi in Kazakhstan. The warmth that officials reported at the meeting was obviously misleading, and it is important for India and China to accept that relations have deteriorated steadily since Mr. Xi’s 2014 visit. The stand-off comes after a series of setbacks to bilateral ties. Delhi has expressed disappointment over China’s rejection of its concerns on sovereignty issues, and refusal to corner Pakistan on cross-border terrorism or help India’s bid for Nuclear Suppliers Group membership. In turn, India’s spurning of the Belt and Road Initiative and cooperation with the U.S. on maritime issues has not played well in China — neither has the uptick in rhetoric, including statements from the Arunachal Pradesh Chief Minister questioning India’s “One China Policy” on Tibet, and from Army chief Bipin Rawat on India being prepared for a two-and-a-half front war. These issues have to be addressed through sustained dialogue. In the immediate term, however, talks must focus on defusing the tensions at the tri-junction. China has made the withdrawal of Indian troops a precondition for dialogue. This would be unacceptable to India, unless the PLA also withdraws its troops and road building teams. Apart from its own commitments to the status quo, Beijing must recognise the special relationship India and Bhutan have shared since 1947, the friendship treaty of 2007 that commits India to protecting Bhutan’s interests, and the close coordination between the two militaries. For its part, India would be keen to show that it recognises that the face-off is in Bhutanese territory, and the rules of engagement could be different from those of previous India-China bilateral clashes — at Depsang and Demchok in the western sector, for example. Bhutan’s sovereignty must be maintained as that is the basis for the “exemplary” ties between New Delhi and Thimphu. The Indian government has been wise to avoid escalation in the face of China’s aggressive barrage, but that should not stop it from communicating its position in more discreet ways.

b) Victory in Mosul

The capture by Iraqi forces of the Grand al-Nuri Mosque in Mosul, from where Islamic State leader Abu Bakr al-Baghdadi declared himself ‘caliph’ in July 2014, marks the end of the ‘caliphate’ in Iraq. For three years, the mosque was a symbol of power for the IS, whose black flag flew atop the historic 150-ft tall alHadba minaret. IS fighters blew up the minaret when they retreated, practically declaring their defeat in Iraq’s second largest city. They are now confined to some pockets of Mosul, and Iraqi commanders believe it is only a matter of days before they can declare total victory. For the Iraqi troops, the eight-month battle has been particularly torturous, given the high casualties and the strong IS resistance, on the battlefield and through suicide attacks elsewhere. It is quite a turnaround for the Iraqi army, which left its barracks and fled the city without even a nominal fight three years ago when it came under IS attack. The ease with which the IS took Mosul, home to over a million people, had raised alarming questions about the professional capability of the Iraqi army to defend its territory against further possible IS expansion. But Prime Minister Haider al-Abadi, who ordered the Mosul mission and stayed the course despite the huge challenges involved, has put to rest such concerns, for now. Mr. Abadi managed to stitch together a difficult alliance to fight the jihadists. While the elite Iraqi counter terror forces led the ground battle, Iran-trained Shia Popular Mobilization Units as well as the Kurdish Peshmerga militia also joined in. The U.S. provided air cover. Despite conflicting interests — the U.S. and Iran are rivals while both Tehran and Baghdad have uneasy ties with the Kurds — the joint front they forged against the IS could be a replicable model elsewhere, especially in Syria where the IS still controls territories. For Mr. Abadi, however, a bigger challenge is to rebuild Mosul, where hundreds of thousands of people have been displaced, and prevent the regrouping of the IS. The destruction of the ‘Caliphate’, the proto-state that Baghdadi established, doesn’t mean that the IS as an insurgency has been defeated. The group is likely to retreat to Iraq’s deserts, much like what al-Qaeda in Iraq, the predecessor of the IS, did during 2006-10 after the death of its leader, Abu Musab al-Zarqawi, and subsequent military blows. They struck back when they found an opportunity in crisis-stricken Syria and in Iraq’s restive Sunni belt, including Mosul, which was simmering against the sectarian policies of Nouri al-Maliki’s Shia regime. The IS may also bide its time. Mr. Abadi should reassure Mosul’s population that his government will not make the mistakes his predecessor committed. He has retaken the city, and now he has to win over its people.

Meaning: Never having happened or existed in the past.

Example: This century has witnessed environmental destruction on an unprecedented scale.

Example: She smiled with real warmth.

Example: The sovereignty of Parliament.

Meaning: Reject with disdain or contempt.

Example: He spoke gruffly, as if afraid that his invitation would be spurned.

Example: He is using a common figure of rhetoric, hyperbole.

Meaning: Remove the fuse from (an explosive device) in order to prevent it from exploding.

Meaning: The existing state of affairs, especially regarding social or political issues.

Example: They have a vested interest in maintaining the status quo.

Meaning: Ready or likely to attack or confront; characterized by or resulting from aggression.

Meaning: Bombard (someone) with questions, criticisms, or complaints.

Example: His doctor was barraged with unsolicited advice.

Example: Outside the sky was overcast and a wind had blown up.

Meaning: Characterized by, involving, or causing pain or suffering.

Meaning: A building or group of buildings where soldiers live.

Example: The barracks was/were surrounded by a high wall.

Example: Creating a militia was no answer to the army’s manpower problem.

Example: Rebels are waging an armed insurgency to topple the monarchy.

Meaning: Unable to remain still, silent, or submissive, especially because of boredom or dissatisfaction.

Example: The crowd had been waiting for hours and many were becoming restive.

Example: She was simmering with resentment.

Meaning: A thing that has been followed or replaced by another.

Example: The new President’s foreign policy is very similar to that of his predecessor. 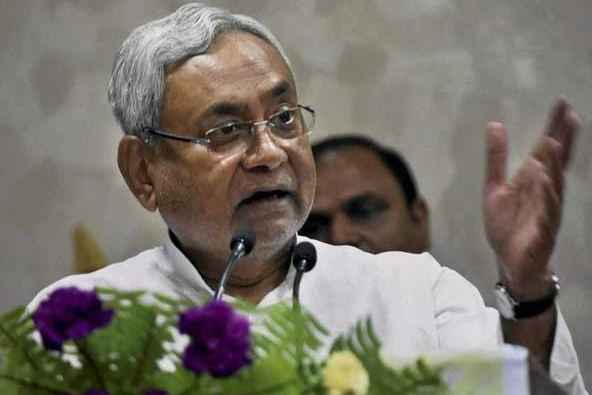