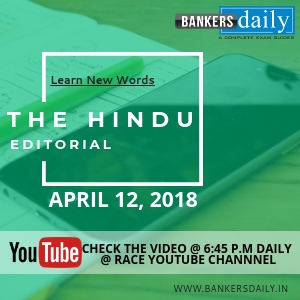 a) End to cattle curbs: on withdrawal of sale ban

Good sense appears to have prevailed at last. With a fresh set of draft rules to replace last year’s poorly conceived ones, the Centre has sought to withdraw the ban on sale of cattle for slaughter in animal markets. The draft rules are now open for comments and suggestions. When the Union Ministry for Environment, Forests and Climate Change notified the rules under the Prevention of Cruelty to Animals Act on May 23, 2017, there was concern that in the name of preventing cruelty to animals and regulating livestock markets the government was surreptitiously throttling the cattle trade and furthering the BJP’s cow protection agenda. The rules were criticised for restricting legitimate animal trade and interfering with dietary habits. The new draft makes a welcome departure from the earlier rules, seeking to provide great relief to buyers of animals from cumbersome paperwork and procedural requirements. Some distance-specific conditions to curb inter-State and cross-border movement of animals are to be dropped, as also rules barring animal markets within 25 km of a State border and 50 km of the international boundary. The definition of ‘animal markets’ will no more include any lairage adjoining a slaughter-house, thereby removing curbs on the sale of animals in a resting place in the vicinity of a market. The draft retains good provisions in the earlier notification barring cruelty in the treatment and transport of animals. The notification had set off a storm last year, with some Chief Ministers stridently opposing it on the ground that regulating livestock trade was essentially a State subject. Even assuming that the Centre had jurisdiction under the law against animal cruelty to notify the rules, it was obvious that only the States could enforce them. With the Supreme Court expanding a stay granted by the Madras High Court into a nation-wide bar on the rules, and some States taking a clear stand that they would not implement the regulations, the notification was a non-starter. There was further concern whether the regulations would adversely impact poor villagers, as animal markets are predominantly in the countryside. There was an impression that under the guise of stiff regulations, the Centre was making it impossible for cattle, a term that covers cows, buffalo, bulls and camels, to be slaughtered even for food, despite the PCA Act recognising explicitly that animals can be food for humans. The meat trade, valued at thousands of crores of rupees, would have suffered a serious setback had the rules been implemented. Any transformation from a tendency to advance pet causes to an approach based on economic and legal considerations would be a welcome change. Good governance is not only about regulating human and economic activities, but also about avoiding perceptions of sectarianism.

Hungarian voters have handed Prime Minister Viktor Orbán a third term in office. In Sunday’s election, his right-wing Fidesz party and its Christian Democrat allies won around half the vote and two-thirds of the seats. This will give Mr. Orbán, who revels in his hyper-nationalist strongman image, the super-majority he needs to further tighten his grip on Hungary. The nationalist Jobbik party came in second with 20% of the vote, making it the principal opposition, with the Socialists getting 12% and the Green Party 7%. Though a high turnout of about 70% was expected to help the Opposition, the electoral process has been questionable. The technical administration of the elections was transparent and there was a wide range of candidates to choose from. But critics say the playing field was not fair, given media bias, a blurry line between party and government resources, and ‘intimidating and xenophobic rhetoric’. Over his previous terms Mr. Orbán had anointed himself as a spokesperson for ‘Christian Europe’, protecting it from what he sees as Islamisation — his campaign included posters of a stop sign superimposed on to an image of migrants walking across Europe. It is therefore not surprising that Fidesz performed strongly in small towns and rural areas, where Mr. Orbán’s anti-migrant message rang out the loudest. Over the last few years, as millions of migrants found their way to Europe, Mr. Orbán did not stop at just rhetoric. He refused to participate in the EU’s migrant resettlement plan and built a fence on Hungary’s boundary with Serbia and Croatia to keep them out. He has also portrayed Hungary as a country at risk from foreign agents and has been accused of anti-Semitism. In a move seen as a bid to contain Hungarian-born Jewish American philanthropist George Soros’s work, Mr. Orbán introduced new funding laws for NGOs and passed a bill that would impact Mr. Soros’s Central European University. This is in addition to imposing controls on the media and tampering with the judicial system. A third term for Fidesz has implications not just for Hungary but for all of Europe. It is likely to polarise Western and Central European countries, which are wary of Brussels and want to see a directional change for Europe, closing it to migrants. In the European Parliament, the Fidesz is part of the largest party, the European People’s Party, a grouping of mostly centre-right parties that includes Angela Merkel’s Christian Democrats; Mr Orbán’s victory could change the dynamics in this group, pulling some or all within it further right. Brussels has greeted the results with caution. But not all of Europe is worried; far-right leaders in France and Germany were quick to congratulate Mr. Orbán and see in his victory a shot in the arm for their ideologies.

Example: “a friendly atmosphere prevailed among the crowds”

Meaning: To invent a plan or an idea.

Example: He conceived the plot for this film while he was still a student.

Meaning: In a way that attempts to avoid notice or attention; secretively.

Meaning: To prevent something from succeeding.

Example: The reduction in funds is throttling the development of new programmes.

Meaning: Relating to or provided.

Meaning: A place where cattle or sheep may be rested on the way to market or slaughter.

Meaning: The area near or surrounding a particular place.

Example: “the number of people living in the immediate vicinity was small”

Example: “he has treated her with extreme cruelty”

Meaning: In an extremely forceful way.

Example: “I stridently opposed the policies of the government”

Meaning: Throughout the whole nation.

Meaning: An idea, plan, or person with no chance of success.

Example: The proposal was a non-starter from the beginning because there was no possibility of funding.

Meaning: Mainly; for the most part.

Example: “it is predominantly a coastal bird”

Meaning: An idea or opinion of what something or someone is like.

Example: “his first impressions of Manchester were very positive”

Example: “he visited in the guise of an inspector”

Meaning: A belief or opinion, often held by many people and based on how things seem.

Example: We have to change the public’s perception that money is being wasted.

Meaning: (a person) strongly supporting a particular religious group and not willing to accept other beliefs.

Example: He called on terrorists on both sides of the sectarian divide to end the cycle of violence.

Meaning: The number of people who vote in an election.

Meaning: (of an organization or its activities) open to public scrutiny.

Example: “if you had transparent government procurement, corruption would go away”

Meaning: Not clearly or distinctly visible or audible.

Meaning: Having or showing a dislike of or prejudice against people from other countries.

Meaning: To make someone king or queen, especially as part of a religious ceremony.

Example: In 751 Pepin was anointed king.

Meaning: Place or lay (one thing) over another, typically so that both are still evident.

Example: “the number will appear on the screen, superimposed on a flashing button”

Meaning: When a sound rings out, it is loud and clear.

Example: A cry of warning rang out.

Meaning: The settlement of people in a different place.

Meaning: The strong dislike or cruel and unfair treatment of Jewish people.

Example: Nazi anti-Semitism forced him to emigrate to the US.

Meaning: Interfere with (something) in order to cause damage or make unauthorized alterations.

Example: “someone tampered with the brakes of my car”

Meaning: The action or state of being involved in something.

Example: “our implication in the problems”

Meaning: A force that stimulates change or progress within a system or process.

Example: “evaluation is part of the basic dynamic of the project”

Meaning: Give a polite word of recognition or sign of welcome when meeting (someone).

Example: “some of the customers greeted the barman in Gaelic”

Meaning: Belonging to or representing the views of the extreme right wing of a political party or group.

Meaning: Praise (someone) for an achievement.

Example: “the operators are to be congratulated for the service that they provide”

Meaning: Something that has a sudden and positive effect on something, providing encouragement and new activity.

Example: Fresh investment would provide the shot in the arm that this industry so badly needs.

Meaning: A set of beliefs or principles, especially one on which a political system, party, or organization is based.

Example: The people are caught between two opposing ideologies.