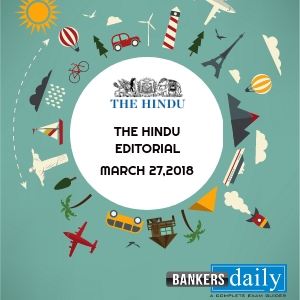 a) Principle & procedure: on the court ruling on AAP MLAs

The Delhi High Court verdict setting aside the disqualification of 20 Aam Aadmi Party MLAs in Delhi is a searing indictment of the manner in which the Election Commission handled the complaint that they held offices of profit while serving as parliamentary secretaries. For a body vested with the crucial power to determine whether lawmakers have incurred disqualification in certain circumstances and advise the President or the Governor suitably, this is an embarrassing moment. The court has not reviewed its decision on merits. Rather, it has ruled that the EC violated the principles of natural justice while adjudicating a lawyer’s complaint against the legislators. It failed to offer an oral hearing on the merits of the complaint and chose to hide under the specious argument that notices had been issued to the MLAs to respond to documents that the EC had summoned from the Delhi government. After saying in its order of June 2017 that it would fix a date for the next hearing, the commission issued two notices seeking replies but fixed no date; instead, it proceeded to give its decision on January 19, 2018. Further, Election Commissioner O.P. Rawat, who had recused himself at an earlier point, rejoined the process without intimation to the legislators. And another vitiating factor was that Election Commissioner Sunil Arora, who had not heard the matter and assumed office only in September 2017, had signed the order. It is a basic feature of judicial or quasi-judicial processes that someone who does not hear a matter does not decide on it.

The high court order scrupulously adheres to the core principles of judicial review of decisions made by a duly empowered adjudicatory body. Courts do not normally plunge into the merits of such a decision, but examine whether there has been any violation of natural justice, whether sufficient opportunity has been given to the parties and whether the proceedings were vitiated by bias, arbitrariness or any extraneous consideration. That a pre-eminent constitutional body should be found wanting in ensuring natural justice while answering a reference from the President is a sad comment on its functioning. It ought to have treated the matter with abundant caution, given the ease with which political parties tend to question the EC’s impartiality. The EC has an opportunity to redeem its name by more carefully considering the same question that has now been remanded to it for fresh adjudication. It could appeal to the Supreme Court, but a better course would be to hold a fresh and fair hearing. The high court has acknowledged the EC’s “latitude and liberty” in matters of procedure, but cautioned that any procedure should be sound, fair and just. In proceedings that may result in unseating elected representatives, fairness of procedure is no less important than finding an answer to the question whether they have incurred disqualification.

b) Scuff and buff: on the ball-tampering controversy

Cricket is a sport, but it is also a code of honour. The phrase ‘it’s not cricket’ refers to any act that is not fair. That it has been called ‘a gentleman’s game’ suggests that it is held to high standards. Yet, like a few other things wrong with the game, ball-tampering remains one of its murkiest secrets. The seemingly innocuous application of saliva and sweat, and more interventionist acts such as pressing chewed lozenges, throwing the ball hard on the surface, the use of nails or abrasive dust from the turf, and in some cases the use of bottle openers have plunged a knife into the game’s heart even as they enhanced many a fast bowler’s ability to extract reverse-swing. This past weekend, Steve Smith’s Australian team went one step further on that road to infamy, prompting its opening batsman Cameron Bancroft to scuff the ball with a yellow tape laden with dirt-granules from the pitch during the course of the third Test against hosts South Africa at Cape Town’s Newlands Ground. The act, caught on camera, and the subsequent admission of guilt by the fielder and Smith have tarred them and their fellow accomplices in the leadership group, including vice-captain David Warner and coach Darren Lehmann. The entire episode has also raised questions about the manner in which a powerhouse such as Australia goes about playing its cricket.

The fracas highlights the perils of wanting to win at any cost, an unfortunate ‘call-to-duty’ that now finds favour in most cricketing units. In fact, ball-tampering has been attempted by most international teams. Responses from ‘guilty’ players have ranged from injured-innocence to grudging acceptance of complicity. In this case, Cricket Australia moved fast, forcing Smith and Warner to step down from leadership roles. Australian Prime Minister Malcolm Turnbull publicly questioned the team’s approach to the game. And Rajasthan Royals replaced Smith with Ajinkya Rahane as its captain for the forthcoming Indian Premier League season. The International Cricket Council, for its part, imposed a one-Test ban on Smith, and fined him 100% of his match fee. Bancroft got a 75% fine. But is this enough? Clearly no. Not surprisingly, the overwhelming feeling among the game’s greats and the larger cricketing community is that these measures are no more than a gentle slap on the wrist. Bancroft’s act wasn’t a spur of the moment initiative; it was a pre-meditated action thought up during lunch break on Saturday. Smith, Bancroft, Warner, Lehmann and whoever else orchestrated this despicable move deserve firmer punishment. Sadly, a series which South Africa currently leads 2-1 will now be remembered for trash-talk and a nefarious attempt to alter the shape of the ball. Whatever this is, it’s not cricket.

Meaning: A formal charge or accusation of a serious crime.

Example: “An indictment for conspiracy”

Meaning: Confer or bestow (power, authority, property, etc.) on someone.

Example: “Executive power is vested in the President”

Synonyms: Entrust to, Invest in

Example: “I will pay any expenses incurred”

Meaning: Act as a judge in a competition.

Example: “We asked him to adjudicate at the local flower show”

Meaning: Authoritatively call on (someone) to be present as a defendant or witness in a law court.

Example: “If the person summoned does not appear he may be arrested”

Example: “He was recused when he referred to the corporation as ‘a bunch of villains’”

Meaning: Spoil or impair the quality or efficiency of.

Example: “Development programmes have been vitiated by the rise in population”

Example: “The policies must be scrupulously observed”

Meaning: In accordance with what is required or appropriate; following proper procedure or arrangement.

Example: “A document duly signed and authorized by the inspector”

Meaning: The action of violating someone or something.

Example: “The aircraft were in violation of UN resolutions”

Meaning: Spoil or impair the quality or efficiency of.

Example: “Development programmes have been vitiated by the rise in population”

Meaning: A lack of restraint in the use of authority; autocracy.

Example: “The law protects the people against the arbitrariness of those in office”

Meaning: Irrelevant or unrelated to the subject being dealt with.

Example: “One is obliged to wade through many pages of extraneous material”

Example: “A disappointing debate redeemed only by an outstanding speech”

Meaning: Scope for freedom of action or thought.

Example: “A government minister with a murky past”

Meaning: Not harmful or offensive.

Example: “It was an innocuous question”

Meaning: Favouring intervention, especially by a government in its domestic economy or by one state in the affairs of another.

Meaning: Bite and work (food) in the mouth with the teeth, especially to make it easier to swallow.

Example: “He was chewing a mouthful of toast”

Meaning: (Of a substance or material) capable of polishing or cleaning a hard surface by rubbing or grinding.

Example: “The wood should be rubbed down with fine abrasive paper”

Example: “A car swerved to avoid a bus and plunged into a ravine”

Meaning: The state of being well known for some bad quality or deed.

Example: “A day that will live in infamy”

Meaning: The action of saying something to persuade, encourage, or remind someone to do or say something.

Example: “After some prompting, the defendant gave the police his name”

Meaning: (Of an object or surface) become marked by scraping or brushing.

Example: “For kids who play rough, shoes that won’t scuff”

Meaning: A small compact particle of a substance.

Meaning: A person who helps another commit a crime.

Example: “An accomplice in the murder”

Meaning: A noisy disturbance or quarrel.

Example: “The fracas was broken up by stewards”

Example: “You could well place us both in peril”

Meaning: Given or allowed only reluctantly or resentfully.

Meaning: About to happen or appear.

Meaning: Have a strong emotional effect on.

Example: “I was overwhelmed with guilt”

Example: “Wars act as a spur to practical invention”

Meaning: Think out or plan (an action, especially a crime) beforehand.

Example: “The situation has been orchestrated by a tiny minority”

Example: “He retains a firm belief in the efficacy of prayer”

Meaning: Make boastful or insulting remarks in order to demoralize or humiliate a sporting opponent.

Example: “Westering’s players do not swear or tussle or trash-talk”

Meaning: (Typically of an action or activity) wicked or criminal.

Example: “The nefarious activities of the organized-crime syndicates” 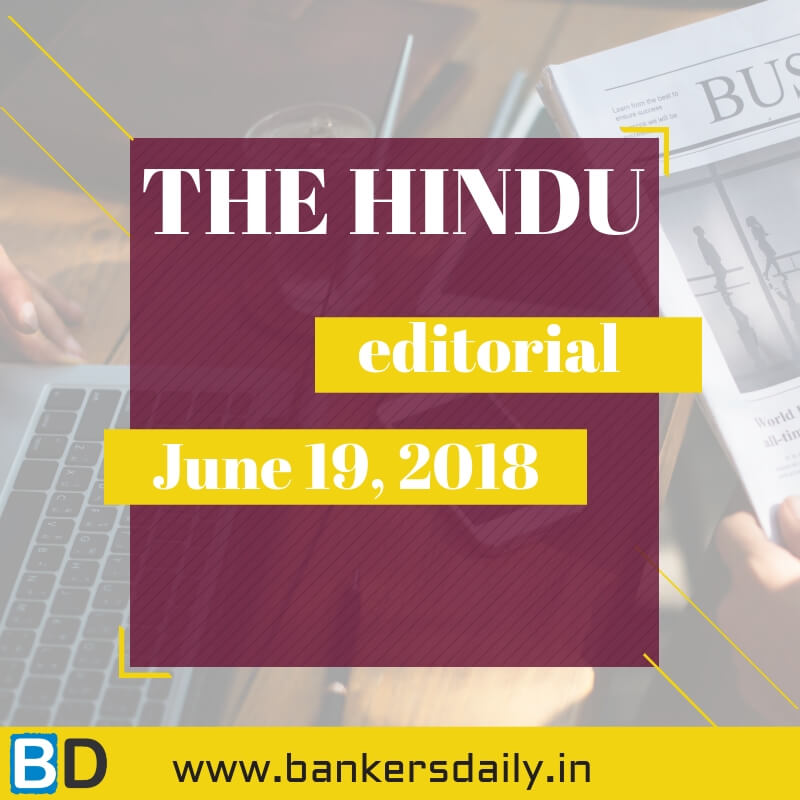 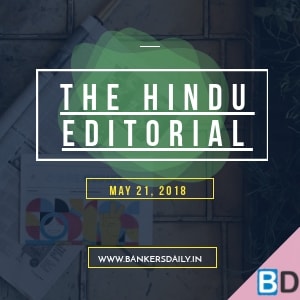