THE HINDU EDITORIAL – August 25, 2018 is one of the must read section for the competitive exams like IBPS RRB PO, IBPS RRB Office Assistant 2018, RBI Grade “B” 2018 & NIACL Assistant 2018. These topics are widely expected to be asked in the reading comprehension , Cloze Test or Error Detection topics in the forthcoming exams. So gear up your Exam preparation and learn new words daily.

a) Trouble in the hills: on Western Ghats ecology

The catastrophic monsoon floods in Kerala and parts of Karnataka have revived the debate on whether political expediency trumped science. Seven years ago, the Western Ghats Ecology Expert Panel issued recommendations for the preservation of the fragile western peninsular region. Madhav Gadgil, who chaired the Union Environment Ministry’s WGEEP, has said the recent havoc in Kerala is a consequence of short-sighted policymaking, and warned that Goa may also be in the line of nature’s fury. The State governments that are mainly responsible for the Western Ghats — Kerala, Karnataka, Tamil Nadu, Goa and Maharashtra — must go back to the drawing table with the reports of both the Gadgil Committee and the Kasturirangan Committee, which was set up to examine the WGEEP report. The task before them is to initiate correctives to environmental policy decisions. This is not going to be easy, given the need to balance human development pressures with stronger protection of the Western Ghats ecology. The issue of allowing extractive industries such as quarrying and mining to operate is arguably the most contentious. A way out could be to create the regulatory framework that was proposed by the Gadgil panel, in the form of an apex Western Ghats Ecology Authority and the State-level units, under the Environment (Protection) Act, and to adopt the zoning system that it proposed. This can keep incompatible activities out of the Ecologically Sensitive Zones (ESZs). At issue in the Western Ghats — spread over 1,29,037 sq km according to the WGEEP estimate and 1,64,280 sq km as per the Kasturirangan panel — is the calculation of what constitutes the sensitive core and what activities can be carried out there. The entire system is globally acknowledged as a biodiversity hotspot. But population estimates for the sensitive zones vary greatly, based on interpretations of the ESZs. In Kerala, for instance, one expert assessment says 39 lakh households are in the ESZs outlined by the WGEEP, but the figure drops sharply to four lakh households for a smaller area of zones identified by the Kasturirangan panel. The goal has to be sustainable development for the Ghats as a whole. The role of big hydroelectric dams, built during an era of rising power demand and deficits, must now be considered afresh and proposals for new ones dropped. Other low-impact forms of green energy led by solar power are available. A moratorium on quarrying and mining in the identified sensitive zones, in Kerala and also other States, is necessary to assess their environmental impact. Kerala’s Finance Minister, Thomas Isaac, has acknowledged the need to review decisions affecting the environment, in the wake of the floods. Public consultation on the expert reports that includes people’s representatives will find greater resonance now, and help chart a sustainable path ahead.

As Scott Morrison assumes charge as Australia’s Prime Minister, the question is whether he can put an end to the country’s protracted political instability. He takes over from Malcolm Turnbull after a contest for the leadership of the Liberal Party, and is the sixth person to be Prime Minister in just over a decade; during this time none has lasted a full three-year term. Political instability feeds off an elusive bipartisan consensus on Canberra’s energy and environmental policy. Differences over finding an effective approach to tackle global warming go to the heart of divisions between the conservative and moderate sections within the Liberal Party in the world’s largest coal-exporting nation. This week, in a bid to stave off a challenge to his leadership, Mr. Turnbull deferred legislation on national emissions reduction targets it had committed to under the Paris climate accord. The overall package, which aims to reduce energy prices and comply with emissions standards, won broad backing from the Opposition centre-left Labour Party and the business community. But the ruling Liberal-National coalition’s efforts at a consensus were hamstrung by hostile backbenchers led by Peter Dutton, who launched an abortive bid for leadership and resigned as Minister for Home Affairs. Mr. Dutton is even said to have thought of pulling Australia out of the Paris accord. Last October, Canberra decided to phase out subsidies for renewable energy from 2020, under a policy that ostensibly sought to balance reductions in greenhouse gas emissions with the need to deliver reliable and affordable electricity. The climate-sceptic Tony Abbott, also of the Liberal Party, repealed a carbon emissions tax in 2014 when he was Prime Minister, fulfilling a poll promise to “axe the tax.” But he was careful to project the move as a mere reduction in the tax, not as an easing of emissions targets. The Liberal Party’s bruising leadership contest that led to Mr. Morrison’s elevation was the second in the span of a week. Having survived a vote on Tuesday, Mr. Turnbull stepped aside from the race on Friday, which also dealt a blow to Mr. Dutton’s leadership ambitions. With the dramatic developments of the week behind, there is hope of respite at least until the 2019 general elections. In any case, the ruling coalition’s razor-thin majority in Parliament affords the government little leverage on policy initiatives. Mr. Morrison is considered a canny politician, capable of navigating the tumultuous currents within the Liberal Party. The first test of his dynamism will be his ability to ride out his time in office until the coming elections. But the bigger task is for Australia’s leaders to rise above partisan ends to address humanity’s gravest challenge of global warming.

Meaning: Restore interest in or the popularity of.

Example: “many pagan traditions are being revived”

Meaning: Surpass (something) by saying or doing something better.

Example: “if the fetus is human life, that trumps any argument about the freedom of the mother”

Meaning: A result or effect, typically one that is unwelcome or unpleasant; Importance or relevance.

Example: “the past is of no consequence”

Meaning: Of or involving extraction, especially the extensive extraction of natural resources without provision for their renewal.

Meaning: Cut into (rock or ground) to obtain stone or other materials.

Example: “the hillside had been quarried for many years”

Meaning: Divide (a town or piece of land) into areas subject to particular planning restrictions.

Example: “an experimental system of zoning”

Meaning: (of two things) so different in nature as to be incapable of coexisting.

Example: “cleverness and femininity were seen as incompatible”

Meaning: A small area with a relatively high temperature in comparison to its surroundings.

Example: “fire engines were required to visit the scene again last night after hotspots appeared to be in danger of re-igniting”

Meaning: A temporary prohibition of an activity.

Example: “a moratorium on the use of drift nets”

Meaning: The quality in a sound of being deep, full, and reverberating.

Example: “the resonance of his voice”

Example: “a protracted and bitter dispute”

Meaning: To increase because of something, or to use something to succeed or get advantages.

Meaning: To stop something bad from happening, or to keep an unwanted situation or person away, usually temporarily.

Example: We were hoping to stave off these difficult decisions until September.

Meaning: Put off (an action or event) to a later time; postpone.

Example: “they deferred the decision until February”

Meaning: An official agreement or treaty.

Meaning: Severely restrict the efficiency or effectiveness of.

Example: “we were hamstrung by a total lack of knowledge”

Meaning: (in the UK) a Member of Parliament who does not hold office in the government or opposition and who sits behind the front benches in the House of Commons.

Example: “he was cheered by Tory backbenchers”

Example: “the rebel officers who led the abortive coup were shot”

Meaning: To remove or stop using something gradually or in stages.

Example: The airline is planning to phase out the aircraft at the end of this year.

Meaning: Revoke or annul (a law or act of parliament).

Meaning: (of a competitive situation) conducted in an aggressive way and likely to be stressful.

Meaning: To step sideways to make a space for someone else.

Example: Step aside, please – this lady needs a doctor.

Meaning: To cause someone or something, usually a plan or hope, to fail or to be affected very badly.

Example: The latest trade figures have dealt a severe blow to hopes of an early economic recovery.

Example: “the right wing had lost much of its political leverage in the Assembly”

Meaning: Having or showing shrewdness and good judgement, especially in money or business matters.

Example: “canny investors will switch banks if they think they are getting a raw deal”

Meaning: The quality of being dynamic and positive in attitude.

Example: “he was known for his dynamism and strong views”

Meaning: To continue to exist during a difficult situation and until it ends, without serious harm.

Example: Many companies did not manage to ride out the recession.

Meaning: Giving cause for alarm; serious.

Example: “a matter of grave concern” 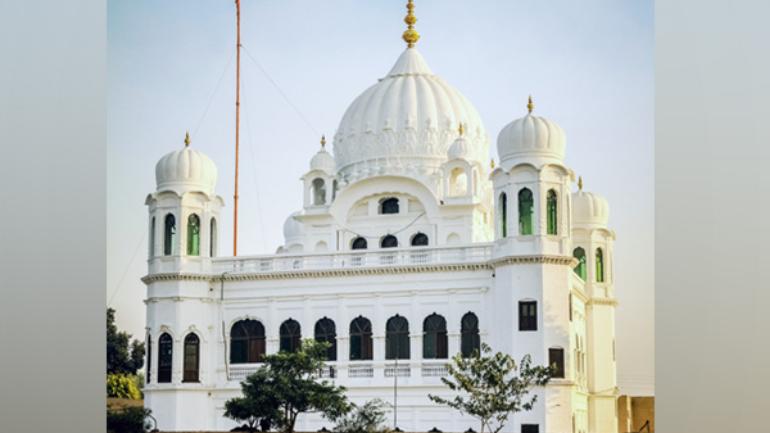