THE HINDU EDITORIAL – August 24, 2018 is one of the must read section for the competitive exams like IBPS RRB PO, IBPS RRB Office Assistant 2018, RBI Grade “B” 2018 & NIACL Assistant 2018. These topics are widely expected to be asked in the reading comprehension , Cloze Test or Error Detection topics in the forthcoming exams. So gear up your Exam preparation and learn new words daily.

a) Accepting help: on UAE’s aid to Kerala

The clearest indication so far that India would turn down offers of financial assistance from foreign governments for relief and rehabilitation work in Kerala came on Wednesday. And yet, it only added to the confusion. The Ministry of External Affairs spokesperson said that “in line with the existing policy”, the Central government would meet requirements in Kerala through “domestic efforts”. Various governments have made specific offers to Kerala, from about ₹700 crore from the UAE to about ₹35 lakh from the Maldives. The spokesperson added that only PIOs, NRIs or international foundations could send money from overseas to the Prime Minister’s or Chief Minister’s relief fund. But as Chief Minister Pinarayi Vijayan indicated, this clarity about existing policy is missing in the Central government’s National Disaster Management Plan. Put out in 2016, the Plan states that India will not appeal for foreign aid in the wake of a disaster. But it goes on to say: “… if the national government of another country voluntarily offers assistance as a goodwill gesture in solidarity with the disaster victims, the Central Government may accept the offer.” The condition applies that the Union Home Ministry would consult the MEA and assess the requirements “that the foreign teams can provide”. So, what exactly is government policy? Is it laid out in the NDMP document that has an opening message from Prime Minister Modi? Or is it based on the decision of the UPA government to refuse aid or assistance in the wake of the 2004 tsunami — a decision born out of a sense of false pride and a misplaced sense of shame — that became a sort of convention thereafter? It is not only this mismatch between convention and written document that has created space for the current controversy. Irrespective of what was agreed upon in the past, democracies should be supple enough to respond to emergencies in ways that benefit the greater common good. It serves well no citizen of India for the government to stand on mere precedent or pride to turn down genuine offers of help, in terms of funds or expert teams — or to even ask for help. Offers of aid from foreign governments must naturally be scrutinised to see if they compromise national security and other interests. But to stand on notions of self-reliance in a multilateral world, to spurn a helping hand, is to be beholden to a strange pride. There is no shame in taking help, just as there should be no hesitation in offering it. India has a longstanding tradition of rushing help elsewhere. Leaving Centre-State politics, if any, aside, the government should not just gracefully accept the assistance for Kerala, it should junk the 2004 precedent.

b) Where guilt lies: on Manafort conviction

The long-term survivability of the Donald Trump administration fell into doubt this week after two of the U.S. President’s former associates came under the shadow of guilt for eight separate felonies each, all serious political and financial crimes. First, Mr. Trump’s former attorney and self-declared “fix-it guy”, Michael Cohen, pleaded guilty to campaign finance violations, admitting that “at the direction of a candidate” of the 2016 presidential campaign he made $130,000 in “hush money” payments to stop porn star Stormy Daniels from going public about an alleged extramarital affair. Second, Mr. Trump’s former campaign manager Paul Manafort was found guilty on charges of bank and tax fraud relating to his role as a political consultant for pro-Russian entities in Ukraine. While he faces a separate criminal trial in the investigation led by Special Counsel Robert Mueller on possible Russian collusion in the 2016 election, his conviction pertained to undisclosed income and bank accounts, and illegal borrowings associated with his Ukrainian operations. Mr. Trump appeared to shrug off the impact that these high-profile convictions could have on his administration, even tweeting that unlike Mr. Cohen, Mr. Manafort “refused to break” under prosecutorial pressure and that he had “such respect for a brave man!” While it may be the case that Mr. Trump’s proximity to these events makes him an “unindicted co-conspirator”, experts believe the President is immune from routine criminal prosecution while he holds office. The second potential course of action for the prosecution is to rely on Congress to impeach him if there is evidence of wrongdoing. Whether Congress would do so is unclear. Even if the House of Representatives comes under the control of Democrats after the November mid-term elections, there is little doubt that a Republican-controlled Senate, where a two-thirds “super majority” is required to convict a person being impeached, would expediently nix any such proceedings or acquit Mr. Trump. The Republican Party cannot be unaware that it currently lacks decisive leadership at the top, and that Mr. Trump has singlehandedly rallied conservatives of all shades around its banner as no other candidate could. Why would they spoil his innings? Historically, impeachments have begun strongly at the House, but success or failure has depended on which party controlled the Senate. Three Presidents have faced the proceedings and two of them, Andrew Johnson in 1868 and Bill Clinton in 1998, were impeached but got acquitted by the Senate. In 1974, Richard Nixon resigned when it became certain his impeachment would pass both chambers. Mr. Trump may also consider presidential pardons for Mr. Cohen and Mr. Manafort, as he did for conservative provocateurs Dinesh D’Souza and Joe Arpaio. Yet there is a lack of legal precedent on whether he could pardon himself.

Meaning: The provision of money, resources, or information to help someone.

Meaning: To publish something or make information generally known.

Example: The senator has put out a statement denying the allegations.

Meaning: Unity or agreement of feeling or action, especially among individuals with a common interest; mutual support within a group.

Meaning: A person harmed, injured, or killed as a result of a crime, accident, or other event or action.

Meaning: The way in which text or pictures are set out on a page.

Example: “the layout is uncluttered, and the illustrations are helpful”

Meaning: An agreement between states covering particular matters, especially one less formal than a treaty.

Example: “the convention, signed by the six states bordering on the Black Sea, aims to prevent further pollution”

Example: She has shown that she has a supple mind.

Meaning: Used to emphasize how small or insignificant someone or something is.

Example: “questions that cannot be answered by mere mortals”

Meaning: A rejection or refusal.

Example: “no idea should meet a flat turndown if there’s a chance of a pay-off”

Example: “customers were warned to scrutinize the small print”

Meaning: A conception of or belief about something.

Example: “children have different notions about the roles of their parents”

Meaning: Reject with disdain or contempt.

Example: “he spoke gruffly, as if afraid that his invitation would be spurned”

Meaning: Owing thanks or having a duty to someone in return for help or a service.

Example: “I don’t like to be beholden to anybody”

Meaning: Unusual or surprising; difficult to understand or explain.

Example: “children have some strange ideas”

Meaning: An earlier event or action that is regarded as an example or guide to be considered in subsequent similar circumstances.

Example: “there are substantial precedents for using interactive media in training”

Example: We are all living under the shadow of war.

Meaning: A crime regarded in the US and many other judicial systems as more serious than a misdemeanour.

Meaning: Offer or present as an excuse for doing or not doing something; make an emotional appeal.

Example: “he pleaded family commitments as a reason for not attending”

Meaning: money that is given to someone to make them keep something secret.

Example: She claimed that the politician had offered her hush money to keep their child a secret.

Meaning: Secret or illegal cooperation or conspiracy in order to deceive others.

Example: “the armed forces were working in collusion with drug traffickers”

Meaning: Belong to something as a part, appendage, or accessory.

Example: “the shop premises and stock and all assets pertaining to the business”

Meaning: Not revealed or made known publicly.

Example: “the precise terms of the agreement remained undisclosed”

Meaning: To treat something as if it is not important or not a problem.

Example: The stock market shrugged off the economic gloom and rose by 1.5 percent.

Example: “she talks about her own life, but she’s just as likely to tweet about budget cuts and Keynesian economics”

Meaning: Relating to the institution and conducting of legal proceedings against someone in respect of a criminal charge.

Example: “do not operate microphones in close proximity to television sets”

Meaning: Charge (the holder of a public office) with misconduct.

Example: “police have denied any wrongdoing”

Meaning: Helpful or useful in a particular situation, but sometimes not morally acceptable.

Example: It might be expedient not to pay him until the work is finished.

Meaning: Put an end to; cancel.

Example: “he nixed the deal just before it was to be signed”

Meaning: Without help from anyone else.

Meaning: Free (someone) from a criminal charge by a verdict of not guilty.

Example: “she was acquitted on all counts”

Meaning: A large room used for formal or public events.

Meaning: A person who intentionally encourages people to do something illegal so that they can be caught.

Meaning: Forgive or excuse (a person, error, or offence).

Example: “I know Catherine will pardon me” 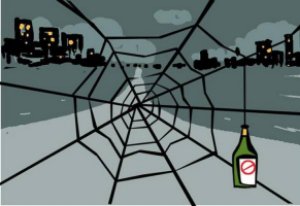