a) The centre holds

Emmanuel Macron’s decisive victory in the French presidential election has elicited a sigh of relief not just in his country, but in others as well. A centrist independent, the 39-year-old will be France’s youngest President, a man who not only stopped his country from sliding into the hands of far-right populists but showed the world that the anti-establishment momentum that powered the victories of the Brexit camp in the U.K. and Donald Trump in the U.S. can be broken. From the far-right perspective, France was ripe for their rise to power. There was widespread discontent among voters, particularly among the youth, with the mainstream political elite; the economy has been struggling for years; joblessness is high; there is deepening insecurity among the citizens in general in the wake of multiple terror attacks. Marine Le Pen, Mr. Macron’s rival, tried to turn this economic and social insecurity into votes for her virulent brand of politics. She attacked the Paris establishment, the European Union, economic globalisation and France’s open border policy, while being seen to be making common cause with Mr. Trump and Russian President Vladimir Putin. In the end, she was defeated on a huge margin, polling roughly 34% of the vote compared to Mr. Macron’s 66%. Mr. Macron’s victory is remarkable in many ways. It was his first election. His party was founded just last year and, barring a brief stint as Economy Minister in outgoing President François Hollande’s Cabinet, he doesn’t have any administrative experience. Yet it is a sign of the crisis of mainstream politics that this apparent weakness became his greatest strength in a tumultuous campaign marked by sharp divisions in French society. His “outsider” tag helped him appeal to the anti-establishment segments of voters, while his status quoist proposals, be it economic or labour policy reforms or continuity in foreign policy, made him acceptable to supporters of the traditional parties. But he has only won the battle, the war lies ahead of him. Mr. Macron takes over the reins from Mr. Hollande at an extremely uncertain time. It is still not clear how many seats his political start-up En Marche! may get in next month’s parliamentary elections, which are traditionally dominated by the mainstream left and right parties. If he doesn’t get a majority, he will have to depend on other parties to push his legislative agenda through the National Assembly. And it can’t be overlooked that Ms. Le Pen’s National Front has come a long way since 2002 when her father won only 18% of the vote in the presidential run-off. The French far right is no more a fringe party, and commands considerable support among sections of the working class. Mr. Macron has to find a way of tackling this growing unrest among sections that feel marginalised; at the same time, he will have to take tough decisions to ix the economy. Failure is not an option, as the far right still has its powder dry.

Two decades after signing the UN Convention against Torture and Other Cruel, Inhuman or Degrading Treatment or Punishment, India is yet to ratify it. There can be little justification for such a prolonged delay in passing legislation to give effect to the convention. In recent times there is a fresh note of urgency attached to the need for early ratification, as the country has pending requests for the extradition of its nationals from other countries. For, as pointed out by the Supreme Court, the absence of a stand-alone law prohibiting torture may prevent many countries from agreeing to India’s extradition requests. Such a law may be in the national interest, the Chief Justice of India observed during the course of a hearing on a public interest petition seeking the enactment of an anti-torture law in accordance with the country’s commitment. The court also noted that India was subjected to close questioning during the Universal Periodic Review of its human rights obligations at the UN Human Rights Council in Geneva. It cannot be forgotten that an extradition request relating to Purulia arms drop case suspect Kim Davy failed owing to the apprehension that he may be ill-treated in India. In an era of increasing international cooperation on criminal matters, India will be better served if it is seen as adhering to international treaties, especially its obligations under the Convention Against Torture, which it signed in 1997. There may be some doubt whether India needs a fresh law to prevent and punish torture. Provisions relating to causing hurt or grievous hurt, especially with a view to extracting a confession, criminal intimidation and wrongful confinement already exist in the Indian Penal Code. However, the idea of a stand-alone law ought to be ultimately seen as a more tangible way of expressing commitment to eliminating torture. A concrete step towards enacting a law was made when the Prevention of Torture Bill, 2010, was passed by the Lok Sabha in 2010, but it was referred to a Select Committee in the Rajya Sabha. In its report submitted in the same year, the committee recommended exhaustive amendments to the Bill to make it consistent with the language and intent of the Convention. Thereafter the Bill lapsed. The government now says it has referred the matter to the Law Commission for an authoritative view. Given the pervasive nature of custodial violence and its complex policing requirements, the present legislative and administrative framework is obviously inadequate to prevent torture in a country of India’s size. It is imperative that a strong law that criminalises torture, imposes stringent punishment for it and contains liberal provisions for those suffering torture to complain against their perpetrators, prosecute them and be compensated and rehabilitated, is passed at the earliest.

Meaning: To get or produce something, especially information or a reaction.

Example: The questionnaire was intended to elicit information on eating habits.

Antonyms: Give, Hide and Keep

Meaning: A particular way of considering something.

Example: Her attitude lends a fresh perspective to the subject.

Meaning: A feeling of wanting better treatment or an improved situation.

Example: She is a virulent critic of US energy policy.

Meaning: A loud noise, especially that produced by an excited crowd, or a state of confusion, change, or uncertainty.

Example: You couldn’t hear her speak over the tumult from the screaming fans.

Meaning: To make something last a longer time.

Example: We were having such a good time that we decided to prolong our stay by another week.

Meaning: A large formal meeting of people who do a particular job or have a similar interest, or a large meeting for a political party.

Example: The Governor of New York delivered a rousing speech to the national convention.

Meaning: A usual or accepted way of behaving, especially in social situations, often following an old way of thinking or a custom in one particular society.

Example: In many countries it is the/a convention to wear black at funerals.

Meaning: A formal agreement between country leaders, politicians, and states on a matter that involves them all.

Example: A convention on human rights.

Meaning: To make an agreement official.

Example: Many countries have now ratified the UN convention on the rights of the child.

Meaning: The return of someone accused of a crime to the country where the crime was committed.

Example: They have applied for his extradition to the United States.

Meaning: The making of a law, or a particular act of making a law.

Example: Supporters were pleased with the enactment of the bill.

Example: In accordance with her wishes, she was buried in France.

Meaning: The act of understanding something.

Example: His first apprehension of such large issues.

Example: Her death is a grievous loss to the whole of the community.

Meaning: To frighten or threaten someone, usually in order to persuade them to do something that you want them to do.

Example: They were intimidated into accepting a pay cut by the threat of losing their jobs.

Meaning: To limit an activity, person, or problem in some way.

Example: Please confine your use of the phone to business calls.

Meaning: To keep someone closed in a place, often by force.

Example: The hostages had been confined for so long that they couldn’t cope with the outside world.

Meaning: Real and not imaginary; able to be shown, touched, or experienced.

Meaning: Complete and including everything.

Meaning: Present or noticeable in every part of a thing or place.

Example: Reforms are being undermined by the all-pervasive corruption in the country.

Example: We need to introduce more stringent security measures such as identity cards.

Meaning : Someone who has committed a crime or a violent or harmful act.

Example: The perpetrators of the massacre must be brought to justice as war criminals. 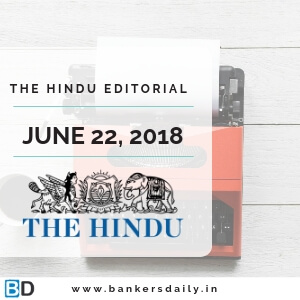