THE HINDU EDITORIAL – July 27, 2018 is one of the must read for the competitive exams like SBI PO Mains , SBI CLERK Mains Exam, BOB PO Manipal Online Exam. These topics are widely expected to be asked in the reading comprehension , Cloze Test or in Error Detection topics in the forthcoming exams. So gear up your Exam preparation and learn new words daily.

While Imran Khan and his Pakistan Tehreek-e-Insaf (PTI) were fairly confident that they would emerge as the largest party in Wednesday’s elections, they could not have imagined that they would make such a strong showing, resulting in Mr. Khan becoming Pakistan’s next Prime Minister. Even some academics, supposedly looking at empirical data, got it very wrong. Although all the results have been neither verified nor notified, and many seats will have to be given up since many contenders, including Mr. Khan who had been leading in all his five constituencies, contested and won from more than one seat, no one is going to dare stand in the way of his greatest, crowning moment. In many cases, the victory margins of the PTI are huge and impressive. The party has even made considerable inroads into former Prime Minister and Pakistan Muslim League (Nawaz) leader Nawaz Sharif’s fortress of the Punjab, coming a near second. It will probably form government there as well, with many of the Independents and breakaway members. Many key members of the PML(N), including former national and provincial ministers, have been defeated, including in the party’s core constituencies such as Lahore and Faisalabad. The PTI is the first party to be re-elected in Khyber Pakhtunkhwa, increasing its seats. Perhaps the biggest shock has been the rout of the Muttahida Qaumi Movement (MQM) in its perceived stronghold, Karachi, where again the PTI has made significant gains.

There are a number of reasons why the PTI has won. Some of these are part of Pakistan’s perpetual political economy and are more standard, and there is one possible explanation which is particularly bizarre. It has been clear for many months now that Pakistan’s military establishment, with support from the superior judiciary, did not under any circumstances want Mr. Sharif’s party to win. This establishment went out of its way to ensure that he was disqualified and imprisoned, and that many of his former allies and comrades either joined the PTI or contested as Independents. In southern Punjab, several of Mr. Sharif’s allies abandoned him en masse. Furthermore, the MQM in Karachi was broken up into many groups. There was much prepoll rigging by the military. Independent commentary in the media was controlled and censored and many journalists and media houses were threatened and shut down. Open discussion and those dissenting were threatened in unprecedented ways, reminiscent of Pakistan’s many martial laws. Despite being the military’s favourite representative, Mr. Khan must also be given credit for a forceful campaign. He could not have won without believing that he would. He traversed the country, speaking at multiple events on the same day in different cities. While the leaders of other parties did the same, he was more visible on electronic media and had a huge presence on social media. He was also told that it was important to have winnable candidates and advised to take many dubious candidates into his party who were considered electable. Pakistan’s demography — with a large proportion of young and first-time voters, called ‘youthias’, supporting the PTI — is also likely to have worked in Mr. Khan’s favour this time more than in 2013, given a considerably mauled PML(N).

There is yet another reason being given for why Mr. Khan won so convincingly. Many months ago, a married woman and a mother of five, Bushra Riaz Wattoo, had a dream. A resident of Pakpattan in the Punjab, Ms. Wattoo was considered to be a pirni (female spiritual guide). She was believed to have been a ‘modern’ woman once who then turned to Sufism. She told her husband that Prophet Muhammad appeared in her dream one day and asked her to get married to Mr. Khan. This would not only remove all the hurdles in Mr. Khan’s way to become Prime Minister but would also eventually usher in a golden era for Pakistan, she said. It was reported in different newspapers at the beginning of this year that Ms. Wattoo met and told Mr. Khan that he would become Prime Minister only if he got married before January 5. It was later disclosed that having divorced her husband, she married Mr. Khan on or around January 1 this year, and by all accounts her prophecy has come through. Mr. Khan has shown himself to be abusive, derogatory, misogynistic, arrogant and dictatorial, all within a few weeks. He has said that feminism degrades motherhood and that liberals ‘seek blood’ and are the most dangerous constituency in Pakistan. At the same time, he has been soft on the Taliban. During his campaign, he stated that he would have a nationalist, anti-U.S. and anti-India foreign policy. He is a born-again Muslim now with a Tasbeeh (rosary) in his hands, a conservative Muslim nationalist who believes in neoliberal economic policies. Since his party has not won a complete majority, he will have to be conciliatory and show a far more inclusive attitude towards other groups in Parliament than he has during his vile campaign. On the day after the elections, seven losing parties called the elections rigged. One senior leader called them “the dirtiest polls in the history of Pakistan”, and the PML(N) rejected the results outright. An all-party conference to discuss the results as well as the next step has been called for Friday. It is possible that the opposition parties may have learnt from the tactics of Mr. Khan in the previous Parliament. First, he did not accept the results, and as the enfant terrible, made much of the claim that the 2013 elections were completely rigged. He took his case to the streets in his famous dharna of 2014, and to the Election Commission of Pakistan (ECP). The ECP found almost no rigging during the 2013 elections, and he had to reluctantly accept the results.

The elections might be over — sordid, controversial and rigged as they have been. It is also very clear that Imran Khan is Pakistan’s next Prime Minister. Whether his wife’s prophecy of Pakistan entering a golden era will come true or not in Naya Pakistan will depend, to start with, on how the Prime Minister-designate handles the immediate expected backlash from the political parties which have lost. Mr. Khan, till now the vitriolic candidate and opposition leader, will have to mature to be a more sobering influence on government and on his many first-time, overly enthusiastic Ministers who are inexperienced in governance, much like himself. Probably the considerable influence of the military and the judiciary on him will go a long way in helping this. Or, perhaps, the current Mrs. Khan’s visions will now guide his and the country’s future.

Meaning: Based on, concerned with, or verifiable by observation or experience rather than theory or pure logic.

Example: “they provided considerable empirical evidence to support their argument”

Example: “he wasn’t the kind of man to give up easily”

Meaning: A crowning event or achievement is the best or most important one.

Example: Walking on the moon was his crowning glory (= his most important achievement).

Meaning: An instance of something being encroached on or reduced by something else.

Example: “the firm is beginning to make inroads into the UK market”

Meaning: A person or thing not susceptible to outside influence or disturbance.

Example: “he had proved himself to be a fortress of moral rectitude”

Meaning: A secession of a number of people from an organization, resulting in the establishment of a new organization.

Example: “the party lost more than half their seats in the rout”

Meaning: Become aware of (something) by the use of one of the senses, especially that of sight.

Example: “he perceived the faintest of flushes creeping up her neck”

Meaning: The judicial authorities of a country; judges collectively.

Example: “the independence of the judiciary”

Example: “legislation to ensure equal opportunities for all”

Meaning: A fellow socialist or communist (often as a form of address).

Meaning: If a group of people do something en masse, they do it together and at the same time.

Meaning: The coming to an end of a business or personal relationship, caused by the separation of those involved.

Example: The break-up of the pop group came as no surprise.

Meaning: Early voting (also called pre-poll voting or advance polling) is a process by which voters in a public election can vote prior to the scheduled election day. Early voting can take place remotely, such as via postal voting, or in person, usually in designated early voting polling stations.

Meaning: If someone shuts a process down, they stop it.

Example: British authorities finally shut down production at the Liverpool plant of the vaccine maker.

Meaning: Making you remember a particular person, event, or thing.

Example: That song is so reminiscent of my adolescence.

Meaning: Travel across or through.

Example: “he traversed the forest”

Meaning: Able to be won or gained.

Example: “a tough but winnable game”

Meaning: Not to be relied upon; suspect.

Meaning: To criticize something or someone severely.

Example: Both films were mauled by the critics.

Meaning: In a way that causes someone to believe that something is true or real.

Example: “this chapter is not as convincingly argued”

Meaning: A member of an Islamic religious group that tries to become united with God by living a simple life and by praying and meditating.

Meaning: Cause or mark the start of something new.

Example: “the railways ushered in an era of cheap mass travel”

Meaning: A prediction of what will happen in the future.

Example: “a bleak prophecy of war and ruin”

Meaning: The belief that women should be allowed the same rights, power, and opportunities as men and be treated in the same way, or the set of activities intended to achieve this state.

Example: She had a lifelong commitment to feminism.

Meaning: Supporting a large amount of freedom for markets, with little government control or spending, and low taxes.

Example: “he has a vile temper”

Meaning: Manage or conduct (something) fraudulently so as to gain an advantage.

Example: “the results of the elections had been rigged”

Example: “she couldn’t ask him outright”

Meaning: A famous or successful person who likes to shock people.

Example: In the 70s he was the enfant terrible of the theatre.

Meaning: In an unwilling and hesitant way.

Example: “he reluctantly agrees to do his duty”

Example: “his expression sobered her”

Example: “vitriolic attacks on the politicians”

Meaning: The action or manner of governing a state, organization, etc.

Example: “a more responsive system of governance will be required” 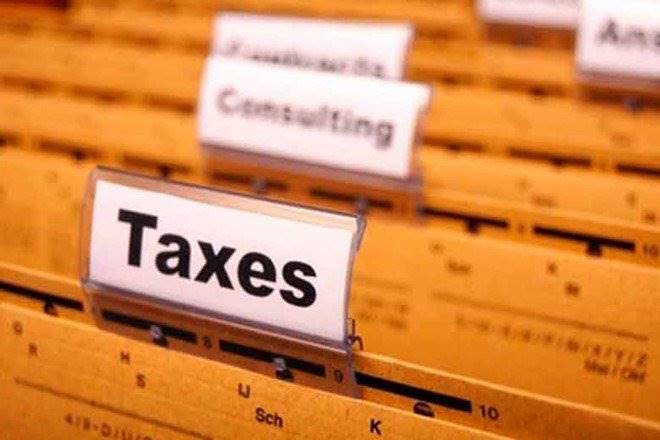