THE HINDU EDITORIAL – July 28, 2018 is one of the must read for the competitive exams like SBI PO Mains , SBI CLERK Mains Exam, BOB PO Manipal Online Exam. These topics are widely expected to be asked in the reading comprehension , Cloze Test or in Error Detection topics in the forthcoming exams. So gear up your Exam preparation and learn new words daily.

Time, modernity and the BJP

Sociologists have often commented that outsiders have a more clear-sighted view of everydayness than us. Recently, I was ranting against the communalism of the Bharatiya Janata Party (BJP) when a European friend of mine, a philosopher, observed that the categories of left and right were grossly overdrawn in India. They emphasised a world of deep dualisms, or even a richness of traditional thought, that does not exist in India. India, he said, cannot claim a Gramsci or a Rosa Luxemburg. Worse, our rightist parties have no sense of the creative traditions of conservatism. An Indian Edmund Burke is unthinkable. Beyond its corrosive communalism, the BJP has no idea of the right as a systematic ideology. The Rashtriya Swayamsevak Sangh’s idea of capitalism is adequate. Mohandas Gandhi and Rabindranath Tagore were more creative nationalists than Veer Savarkar or K.B. Hedgewar.

My friend noted that Indian parties were more vehicles for modernity, and it is as exponents of modernity that they make sense. One has to explore how these parties use time, history, linearity as modernising forces. It is as vehicles of modernity that parties come to power.

When the Congress lost its modernising impetus, the BJP became the surrogate moderniser. It is in terms of its claims to modernity that the BJP has to be assessed. The BJP’s attitude to time has always intrigued me. So far, it has been dealt with eclectically. If the left saw economics as a classic force, history was always the collective impetus for the BJP. Its obsession with history confuses myth and the rationality of logos. At one level, it contemporarises the ancients by creating equivalences to current achievements in ancient times. The examples range from test-tube babies and plastic surgery to biotechnology. India is seen as one fluid continuity from the Vedic Age to now. While ancient history is rendered current, it rewrites the history of the last 500 years, unable to accept defeat. It desperately wants Maharana Pratap to win the Battle of Haldighati, and it insists Ram was a historical figure. It is perpetually encouraging people to rectify history at every stage, where even murder becomes an act of rectification, for instance of Mohammad Akhlaq in Dadri in 2015 or Afrazul Khan in Rajsamand in 2017.

Often the BJP’s use of time is more strategic and complex. It fetishes 2019, which it sees as the end of Congress history and the beginning of Ram Rajya. Everything focusses on 2019, and BJP president Amit Shah is the time-keeper, the impresario of 2019 as the beginning of a Congress Mukt Bharat. This is not just an electoral strategy. The BJP genuinely believes that a millennial moment it has prophesied is coming.

The attitude to time is best caught in the complete absence of ecological thinking. It is content with linear time and progress. It dissolves the Planning Commission not because it was a Congress idea but because it was a futurist notion. The party is addicted to the ideas of nation state, progress and development pickled in the formaldehyde of the 19th century. Its patriotism is a deep devotion to repeating these ideas in the present. No other regime is as idolatrous of Bill Gates or Mark Zuckerberg. Prime Minister Narendra Modi’s appeal to ‘Make in India’ is an invitation to the likes of them to make India’s future because India as a regime is clueless about it — we are being out-thought and out-fought in every forum.

The BJP likes nationalism because it unifies time and history into a reign of uniformity. No party dreads plurality, diversity and difference as much as the BJP does. The Opposition has to re-read the BJP in this context. It should worry not only about a unified opposition or a unitary opposition but also decentralise the challenge to the regime. When the south appeals to a different language, the BJP has no answer. It has no idea of the vernacular. A decentralised strategy of multiple futures will be the first step in defeating the BJP because, as Mr. Shah knows, it is only when time is in official uniform that India marches to a single drum. The Opposition will lose if it imitates the BJP because its motley costume ball of ideas is no formal answer to Mr. Modi. But a set of plural strategies will confuse the BJP because it has no sense of dialects. In fact, the minute India responds either civilisationally or in the vernacular, the BJP is lost. It has no answer to the Bhakti movement, to Nanak or Rahim. The BJP’s idea of clock-time has no sense of what Raimon Panikkar called kairological time, i.e. time with cultural meaning. Once you multiply the notion of time, the inevitability of the BJP in linear time breaks down, and the RSS can no longer argue that it is a party whose time has come.

The BJP’s commitment to development, nation-state, big science are all attempts to subjugate time as history. No other party has less idea of alternative imaginations and alternative histories. The BJP’s notion of time is like a Tussaud’s exhibit where it wants to reduce politics to a five-year time-frame with Vladimir Putin, Shinzo Abe, Donald Trump as perpetual players where Mr. Modi returns in celebratory triumph after visiting them. Once India operates with a restrictive scenario of time, its rivals know it is predictable. In fact, desperate to be seen as well-behaved and investment-friendly, official India now presents itself as a simple extrapolation.

One has to now read the RSS as an organisation constructed in mechanical time. The shakha could be a creation of Frederick Winslow Taylor, founder of scientific management, as it is anchored on replication and repetitivity. It is frightening. Because it lives in time-linearity, the BJP is hostile to difference and diversity. The Congress, as Rajni Kothari showed, was built through accommodating difference, while the BJP suppresses any kind of difference as a sign of inefficiency. No other party is devoted to censorship of art, ideology, science as the BJP. By suppressing time as diversity, the BJP can control disorder.

Sadly, the two thought systems it has conscripted are spirituality and management, and both act as time-keepers to the nation. Both provide techniques of control. There is nothing spiritual about the BJP’s idea of yoga. It is instrumental, functional and more oriented to efficiency. It enforces a tutorial college sense of modernity without any sense of metaphysics or debate.

To reduce the Congress-BJP battle to the standard dualisms of left and right will not do. One has to focus on modernity, and the BJP’s sense of modernity is lethal and unaware as it has no critique of science or economics. It swallows Western categories unquestioningly. When the Indian middle class realises that what we call majoritarian democracy is a collection of inane modernities, the BJP will find it difficult to come back. Herein lies the challenge of 2019.

Meaning: Speak or shout at length in an angry, impassioned way.

Example: “She was still ranting on about the unfairness of it all”

Meaning: Exaggerate in describing or depicting (someone or something).

Example: “Some of the characters were overdrawn”

Example: “They emphasize the need for daily, one-to-one contact between parent and child”

Meaning: Commitment to traditional values and ideas with opposition to change or innovation.

Meaning: A system of ideas and ideals, especially one which forms the basis of economic or political theory and policy.

Example: “The ideology of republicanism”

Meaning: A person who supports an idea or theory and tries to persuade people of its truth or benefits.

Example: “An early exponent of the teachings of Thomas Aquinas”

Meaning: Something that makes a process or activity happen or happen more quickly.

Example: “The ending of the Cold War gave new impetus to idealism”

Meaning: A substitute, especially a person deputizing for another in a specific role or office.

Example: “Wives of MPs are looked on as surrogates for their husbands while the latter are at Westminster”

Meaning: Arouse the curiosity or interest of; fascinate.

Example: “I was intrigued by your question”

Meaning: Take measures concerning (someone or something), especially with the intention of putting something right.

Example: “The government had been unable to deal with the economic crisis”

Meaning: An exaggerated or idealized conception of a person or thing.

Example: “The book is a scholarly study of the Churchill myth”

Example: “He desperately needed a drink”

Meaning: An activity or object that you are so interested in that you spend an unreasonable amount of time thinking about it or doing it.

Example: “She makes a fetish of organization – it’s quite obsessive”

Meaning: A person who arranges different types of public entertainment, such as theatre, musical, and dance events.

Example: “Most social networking groups are dominated by the millennial generation”

Meaning: Say that (a specified thing) will happen in the future.

Meaning: (Of words or a speaker) fluent but insincere and shallow.

Example: “The glib phrases soon roll off the tongue”

Meaning: A statement or theory that is put forward as a premise to be maintained or proved.

Example: “His central thesis is that psychological life is not part of the material world”

Meaning: A conception of or belief about something.

Example: “Children have different notions about the roles of their parents”

Meaning: Preserved in vinegar or brine.

Meaning: The period during which someone or something is predominant or pre-eminent.

Example: “She was hoping for a long reign as world champion”

Example: “Jane was dreading the party”

Synonyms: Fear, Be afraid of

Meaning: The number by which plurality exceeds the number of votes cast for the candidate placed second.

Meaning: The language or dialect spoken by the ordinary people of a country or region.

Example: “He wrote in the vernacular to reach a larger audience”

Example: “A motley crew of discontents and zealots”

Meaning: A particular form of a language which is peculiar to a specific region or social group.

Example: “The Lancashire dialect seemed like a foreign language”

Meaning: The quality of being certain to happen.

Example: “There was an air of inevitability about the outcome”

Meaning: Bring under domination or control, especially by conquest.

Example: “The invaders had soon subjugated most of the population”

Meaning: A great victory or achievement.

Example: “A garden built to celebrate Napoleon’s many triumphs”

Meaning: Able to be predicted.

Example: “The market is volatile and never predictable”

Meaning: The action of estimating or concluding something by assuming that existing trends will continue or a current method will remain applicable.

Example: “Sizes were estimated by extrapolation”

Example: “The tail is used as a hook with which the fish anchors itself to coral”

Meaning: Make (someone) afraid or anxious.

Example: “The savagery of his thoughts frightened him”

Meaning: The division of something conceptually into two opposed or contrasted aspects, or the state of being so divided.

Example: “A dualism between man and nature”

Example: “The Krakatoa eruption was the most lethal on record”

Example: “She had swallowed his story hook, line, and sinker” 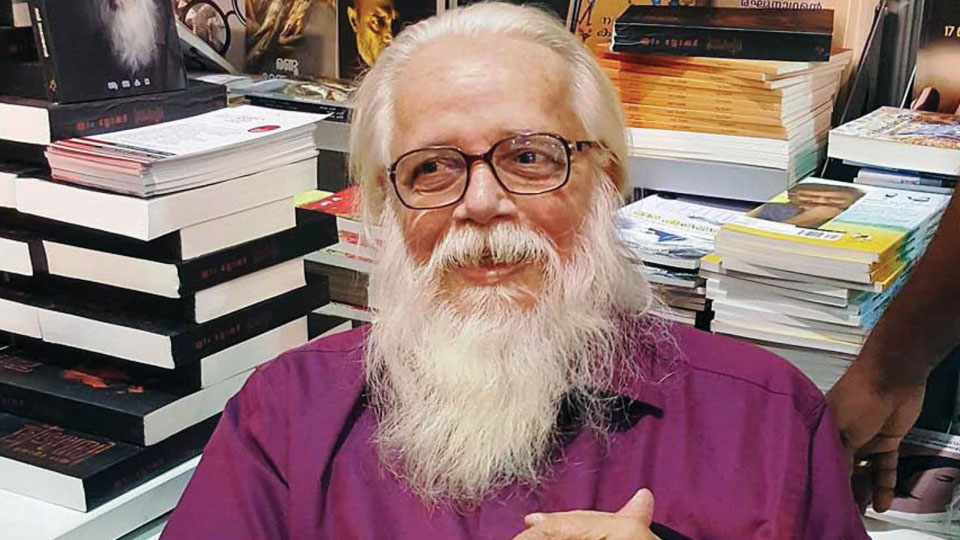