Of all the Lok Sabha by-elections in this round, Kairana in Uttar Pradesh evoked special interest because of the coming together of the opposition parties against the Bharatiya Janata Party. The candidate of the Rashtriya Lok Dal, a party with a base consisting largely of the Jats, was a Muslim woman, Tabassum Hasan, and she won as a representative of a broad-based coalition, which included the Samajwadi Party, the Bahujan Samaj Party and the Congress. That the RLD chose a Muslim candidate was significant as the party had suffered an erosion in its support base after the Muzaffarnagar riots of 2013 involving Jats and Muslims. To try to win back his core constituency of Jats with a Muslim candidate was a bold strategy, but RLD leader Ajit Singh was encouraged not only by the process of rapprochement on the ground over the last few months, but also by the backing of the three major opposition parties in U.P. Mr. Singh knew he needed the support of all the anti-BJP votes, and a Muslim candidate must have seemed the best bet. The BJP retained its core base, but this was never going to be enough in western U.P. — just as it was not against the SP-BSP alliance in Gorakhpur and Phulpur in March. The Noorpur Assembly by-election stayed with the same trend, with the SP winning it back from the BJP. What should worry the BJP is what this portends for the 2019 Lok Sabha election. Instead of a communal polarisation, the BJP is faced with a political polarisation. The BJP’s very success in the first-past-the-post system appears to have created the conditions for its defeat: a forced coming-together of disparate parties. With less than a year to go for the big election, this rainbow coalition is likely to stay the course. Nothing succeeds like success.

In Maharashtra the results were mixed. The party that gave the BJP the chase in the Palghar Lok Sabha seat was its own ally in government, the Shiv Sena. In Bhandara-Gondia, the Nationalist Congress Party wrested the seat from the BJP. To add to the cheer in the opposition camp, the Assembly seat of Palus-Kadegaon was retained by the Congress. The other Lok Sabha seat at stake, Nagaland, went the NDA way, and the BJP won an Assembly by-election in Uttarakhand. But elsewhere, the BJP and the NDA had little cause for celebration. The Janata Dal (United), the BJP’s current ally in Bihar, lost to the Rashtriya Janata Dal, signalling some erosion in the support base of Chief Minister Nitish Kumar. To no one’s surprise, the Assembly seats in Punjab, Karnataka and Meghalaya went to the Congress, and the Left Democratic Front retained its seat in Kerala. Likewise, the JMM retained its two seats in Jharkhand, and the Trinamool held Maheshtala. Overall, the main message from these results from different parts of the country is far from comforting for the BJP.

Argentina is not alone among major emerging economies in trying to weather the current run on currencies due to the rallying U.S. dollar and rising interest rates. But with a history of recurrent defaults and devaluation of the peso, Buenos Aires has greater cause for concern. President Mauricio Macri, whose market-friendly image ensured Argentina’s return to the global capital markets in 2016 after a decade, has a special stake in ensuring that his reforms remain on track. Following a record sovereign debt issue that year, Argentina became the second Latin American state after Mexico to launch a 100-year maturity bond in 2017. The new optimistic narrative was based on the former businessman’s commitment to reducing the fiscal deficit, building on the prevailing reasonable ratio of public borrowing to GDP. Nevertheless, Mr. Macri’s poll promise to make Argentina a “normal country” has been put to the test mid-way through his term. In early May, the currency tumbled to a record low against the greenback, forcing the central bank to raise key interest rates thrice within a week to 40% to shore it up. Mr. Macri even sought a multi-billion loan from the IMF, a deeply sensitive move given the once-hostile relations with the lender and a public apprehensive about the institution’s overall mission. The most recent crisis in Latin America’s third largest economy — the 2001-02 default to the tune of $95 billion, the largest in the world — had unleashed hyperinflation, social unrest and political instability. When the then socialist President, Néstor Kirchner, took an aggressive stance vis-à-vis investors, the country was effectively closed from global money markets for a prolonged period. Then, at the height of its economic collapse earlier this decade, Mr. Kirchner’s wife and successor, Cristina Fernández, lampooned the hedge funds, which held out against the country’s debt restructuring terms, as “vultures”. Now the situation has raised questions about the sustainability of Mr. Macri’s so-called gradualist reforms, which were dubbed neo-Keynesian rather than neoliberal.

With the treasury minister recently hinting at further fiscal tightening, there are signs of a shift in tone, if not the overall policy. Conversely, Mr. Macri has been prudent to promise continuity with his cautious approach to regulate subsidies and to legislate tax and pension reforms. The era of economic profligacy that was propped up by the commodities boom in the last decade is probably history now. At the same time, no price is too high to avert a repeat of the horrors of the social upheavals of more recent years. Occupying a centrist platform, Mr. Macri is, however, better placed than most other politicians in the country to negotiate a path ahead to balance conflicting interests.

Meaning: Bring or recall (a feeling, memory, or image) to the conscious mind.

Example: “The sight evoked pleasant memories of his childhood”

Meaning: The gradual destruction or diminution of something.

Example: “The erosion of support for the party”

Meaning: A violent disturbance of the peace by a crowd.

Example: “Riots broke out in the capital”

Meaning: (Especially in international affairs) an establishment or resumption of harmonious relations.

Example: “There were signs of a growing rapprochement between the two countries”

Meaning: Be a sign or warning that (something, especially something momentous or calamitous) is likely to happen.

Meaning: A person or organization that cooperates with or helps another in a particular activity.

Example: “He was forced to dismiss his closest political ally”

Meaning: Take (something, especially power or control) after considerable effort or difficulty.

Example: “They wanted people to wrest control of their lives from impersonal bureaucracies”

Meaning: Give comfort or support to.

Example: “He seemed greatly cheered by my arrival”

Meaning: Be assertive in defining and defending a position or policy.

Example: “Elena was staking out a role for herself as a formidable political force”

Meaning: (Of share, currency, or commodity prices) increase after a fall.

Example: “Prices of metals have rallied”

Example: “She had a recurrent dream about falling”

Meaning: A matter of interest or importance to someone.

Example: “Housing is the concern of the Housing Executive”

Example: “The Bill will reform the tax system”

Meaning: The state of owing money.

Example: “The firm is heavily in debt”

Meaning: Hopeful and confident about the future.

Example: “The optimistic mood of the Sixties”

Example: “The prevailing view is that economic growth is likely to slow down”

Meaning: Anxious or fearful that something bad or unpleasant will happen.

Example: “The failure of the talks could unleash more fighting”

Meaning: Behaving or done in a determined and forceful way.

Meaning: Continuing for a long time or longer than usual; lengthy.

Meaning: Publicly criticize (someone or something) by using ridicule, irony, or sarcasm.

Example: “The actor was lampooned by the press”

Meaning: A way of protecting oneself against financial loss or other adverse circumstances.

Example: “Index-linked gilts are a useful hedge against inflation”

Meaning: A contemptible person who preys on or exploits others.

Example: “The press are vultures”

Meaning: Neo-Keynesian economics is a school of macroeconomic thought that was developed in the post-war period from the writings of John Maynard Keynes. Their work has become known as the neo-classical synthesis and created the models that formed the core ideas of neo-Keynesian economics.

Meaning: Relating to or denoting a modified form of liberalism tending to favour free-market capitalism.

Meaning: Acting with or showing care and thought for the future.

Example: “No prudent money manager would authorize a loan without first knowing its purpose”

Meaning: Reckless extravagance or wastefulness in the use of resources.

Meaning: To give support to something, especially a country or organization, so that it can continue to exist in a difficult situation.

Example: “How long is the government likely to survive without the US military force there to prop it up?”

Meaning: A violent or sudden change or disruption to something.

Meaning: Try to reach an agreement or compromise by discussion.

Example: “They refused to negotiate with the rebels”

Example: “There are conflicting accounts of what occurred 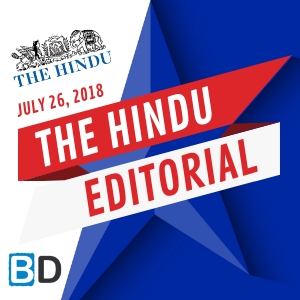