So officially it is released that the CBT for the ALP , Technicians and Group “D” posts will happen only after the scrutiny of the applications and preparations for the conduct of CBT.

It is Quoted as below in the official notification released by the Railway Recruitment Board – Interim Notice.

“The examination schedule for the first stage CBT of CEN 01/2018(for ALP & Technicians) and CBT of CEN 02/2018(for Level 1 Posts) have been tentatively indicated in both the CENs as APRIL/MAY 2018.

However, due to unprecedented response of about 2.37 crore applications for both the notifications, the scrutiny of applications and preparations for the conduct of CBT are still in progress.

Hence, the examination (CBT) schedule for both the CENs shall be published on the websites of participating RRBs on completion of the above activities.

Aspirnats can check the official notification of the RAILWAY RECRUTIMENT BOARD regarding the first stage CBT of CEN 01/2018(for ALP & Technicians) and CBT of CEN 02/2018(for Level 1 Posts) from the link mentioned below. 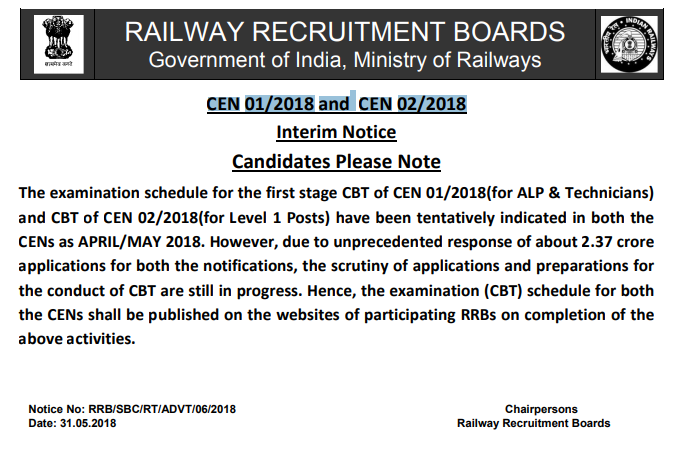 Aspirants can check the notifications of the RRB ALP , Technicians and Group “D” posts from the below mentioned links . 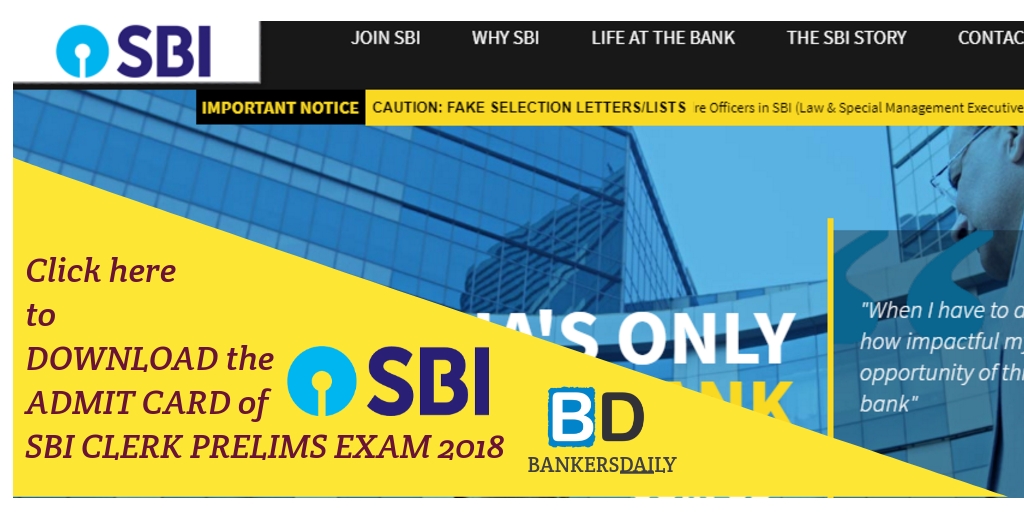 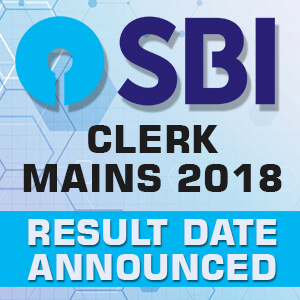 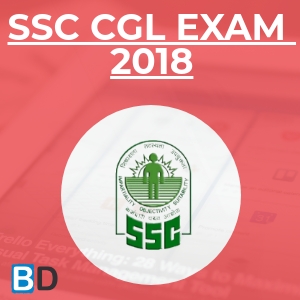