Daily Current Affairs (March 21, 2019) like many other sections is inevitable and this also helps to score in the Banking awareness, Static GK and Financial Awareness sections. Remember, Banking Awareness and Static Awareness Questions are asked from the General Awareness section. This will also help you to ride your preparations for the forthcoming exams.

A) T.N. elections: a lot to lose for regional players

Tamil Nadu’s regional players are locked in a national battle

The electoral scene in Tamil Nadu presents a picture dramatically different from what it was five years ago. The most obvious difference is the absence of the two towering figures of the State’s recent political history, M. Karunanidhi of the DMK, and Jayalalithaa of the AIADMK. Both parties will miss the distinctive vote-catching capabilities of these leaders. The second is the return of national parties as key players in the Lok Sabha elections. The 2014 election took place when the two regional parties felt that an alliance with a national party would be a liability. The DMK, a partner in the UPA regimes of 2004 and 2009, walked out of the government in 2013, blaming the Congress for the dilution of a UN Human Rights Council resolution against Sri Lanka. It formed an alliance with minor parties, while the AIADMK, despite the personal rapport between the BJP’s then-prime ministerial candidate Narendra Modi and Jayalalithaa, chose to go it alone. With the BJP winning a majority in the Lok Sabha, it required no help from Tamil Nadu to form the government. Though regional parties from the State played key roles in coalitions at the Centre since 1996, the 2014-19 period was a relatively weak phase for them. But now the 2019 contest for the 39 seats in Tamil Nadu will be a regional variant of the national battle between Prime Minister Modi and Congress president Rahul Gandhi, as the AIADMK is in the BJP fold and the DMK has tied up with the Congress. The outcome will reinforce the view that regional parties hold sway in Tamil Nadu, but it can potentially reveal the electorate’s national preference.

DMK leader M.K. Stalin was the first ally to endorse Mr. Gandhi’s claim to be the alternative to Mr. Modi, indicating a marked shift from five years ago. The AIADMK faces a double anti-incumbency factor. As the ruling party in the post-Jayalalithaa era, it is fighting off the impression of being a supplicant before the BJP. And issues on which the Modi regime suffers from a negative perception, such as NEET and demonetisation, may rub off on the regional ally too. Crucially, as many as 18 by-elections to the State Assembly are taking place alongside the Lok Sabha polls. Their outcome may have a bearing on the majority enjoyed by Chief Minister Edappadi K. Palaniswami. The AIADMK is pinning its hopes on its traditional vote base holding firm. It appears to be strong on its own in the western region, and has tied up with the Pattali Makkal Katchi to improve its prospects in the northern districts. The AIADMK also faces a possible threat to its traditional vote base from T.T.V. Dhinakaran, who heads a splinter group. Mr. Dhinakaran’s and actor Kamal Haasan’s fledgling parties are separately in the fray, and whatever they garner will have to be at the expense of the two main parties. By all accounts, this may be the DMK’s election to lose.

B) Dollar-rupee swap, a useful tool

The Reserve Bank of India’s decision last week to resort to a dollar-rupee swap, instead of the traditional open-market purchase of bonds, to infuse liquidity into the economy marks a significant shift in the central bank’s liquidity management policy. Under the three-year currency swap scheme, which is scheduled to open on Tuesday next week, the RBI will purchase $5 billion from banks in exchange for rupees. The central bank will infuse as much as ₹35,000 crore into the system in one shot at a time when liquidity generally tends to be squeezed. For the banks, it is a way to earn some interest out of the forex reserves lying idle in their kitty. Apart from injecting fresh liquidity into the economy, the move will have implications for the currency market even as it helps shore up the RBI’s dollar reserves. Bond yields rose on the day following the announcement of the swap scheme last week, reflecting the prevailing opinion among traders that the RBI may gradually reduce its dependence on the regular bond purchase scheme to manage liquidity within the economy. While traditional open market operations distort the bond market, the new forex swap scheme will introduce new distortions in the currency market. The rupee’s recent rally against the dollar has been halted by the RBI’s decision to infuse rupees and suck out dollars through the swap scheme. Even so, it is worth noting that the rupee has appreciated significantly in value terms against the dollar since the low reached in October as foreign investors have begun to pour money into the Indian economy.

Overall, the dollar-rupee swap is a useful addition to the RBI’s policy toolkit as it offers the central bank a chance to directly influence both the value of the rupee and the amount of liquidity in the economy at the same time using a single tool. In the aftermath of the liquidity crisis in the non-banking financial sector, it can be an effective way to lower private borrowing costs as well. The coming elections, which can lead to an increase in cash withdrawals from banks, may have also played a role in the RBI’s larger decision to boost liquidity in the system. The way banks respond after receiving fresh liquidity from the RBI, however, will determine the success of the new liquidity scheme to a large extent. Businesses could benefit from the greater availability of liquidity, but only if banks aggressively pass on the benefit of lower rates to their borrowers. If banks choose to deposit the fresh RBI money in safe government securities at low yields, as they have done in the past, the de facto cap on the government’s borrowing costs will remain intact. But if banks manage to find alternative ways to deploy their money, the RBI’s new liquidity scheme could end up raising borrowing costs for the government, punishing it for fiscal indiscretion.

Meaning : characteristic of one person or thing, and so serving to distinguish it from others(adj).

Meaning : feel or declare that (someone or something) is responsible for a fault or wrong.

Example : “the inquiry blamed the train driver for the accident”

Meaning : a form or version of something that differs in some respect from other forms of the same thing or from a standard.

Meaning : move or cause to move slowly or rhythmically backwards and forwards or from side to side.

Example : “he swayed slightly on his feet”

Meaning : an idea, feeling, or opinion about something or someone, especially one formed without conscious thought or on the basis of little evidence.

Meaning : not damaged or impaired in any way; complete.

Example : “the church was almost in ruins but its tower remained intact”

Meaning : gather or collect (something, especially information or approval).

Example : “her work is infused with an anger born of pain and oppression”

Meaning : pull or twist out of shape.

Example : “a grimace distorted her mouth”

Meaning : behaviour or speech that is indiscreet or displays a lack of good judgement.

Example : “he knew himself all too prone to indiscretion” 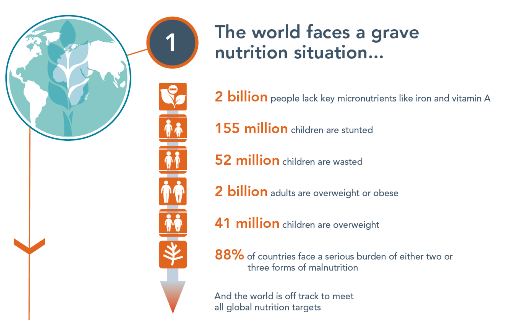