Check the Video Discussion of THE HINDU EDITORIAL of 26th March, 2018 from the YOUTUBE link which is provided below.

a) After the emergency: repairing ties with Maldives

The Maldivian government’s decision to lift the state of emergency after 45 days, just ahead of the expiry of its second self-imposed deadline, comes as cold comfort for those concerned about the turn of events in the islands over the past couple of months. In a statement India said the withdrawal of the emergency is but “one step”, and much more must be done to restore democracy in the Maldives. The opposition, mostly in exile and led by former President Mohamad Nasheed, says the emergency was lifted only because President Abdulla Yameen has established total control over the judiciary and parliament since the February 1 court verdict that cancelled the sentencing of 12 opposition leaders and ordered their release. In a dramatic turn of events Mr. Yameen had then ordered the arrest of two judges, as well as hundreds of activists and politicians including former President Abdul Gayoom, and imposed a state of emergency. The remaining judges overturned the February 1 release order, under what is seen to be coercion by the security forces, which had locked down the Majlis (parliament) and court buildings. Therefore, lifting the emergency does not automatically amount to status quo ante. Repairing India-Maldives ties, that have taken an equally sharp dip since February 1, will be a tall order. Male has reacted sharply to India’s public statements on the emergency, as well as now to the statement welcoming the lifting of the emergency, saying that the events of the past couple of months were “internal political matters”, and India’s statements of disapproval were “not helpful at all”. The pushback from the Yameen government is in stark contrast to its desire over the past few years to work with India, and it isn’t hard to see why. Bolstered by a close relationship with China, Mr. Yameen has in a matter of months gone from declaring an ‘India first’ policy to disregarding its concerns. With military exchanges, a free trade agreement with China and a slew of Chinese infrastructure investments in place, the Yameen government clearly considers itself sufficiently insulated from any counter-moves by India or the U.S. During the current crisis, China placed its diplomatic might behind Mr. Yameen, and even offered to broker talks between the government and the opposition, a role that India would have been naturally expected to play in the past. It is important to note that a military intervention by India was never a possibility, and comparisons made to India’s actions in 1988 are pointless. India has been wise to keep its counsel and not over-react to the recent events. But going ahead, its challenge is tougher: to demonstrate its relevance to the Maldives as the biggest power in the South Asian region, while helping steer Mr. Yameen to a more reasonable and inclusive democratic course ahead of the presidential election later this year.

b) Unity in defeat: SP-BSP ties after Rajya Sabha polls

Elections to the Rajya Sabha would have been dull, predictable affairs if not for stories of intrigue and betrayal. In this round of biennial elections to the Upper House of Parliament, the element of drama was provided by the 10th seat from Uttar Pradesh, eventually won by the Bharatiya Janata Party over the Bahujan Samaj Party through a combination of cross-voting and last-minute switch of loyalties. BSP legislator Anil Kumar Singh was open about his rebellion, and his support for the BJP candidate. Independent member Raghuraj Pratap Singh, who is close to the SP, helped the BJP’s cause too. The battle for the 10th seat, which the BJP could not have won on its own, supposedly held long-term implications for the political churn that U.P. is now witnessing. The BJP saw it as a test of the new bonding between the SP and the BSP, which won for the SP two Lok Sabha by-elections recently. Chief Minister Yogi Adityanath sought to paint the result less as a satisfying win for his party and more as a disturbing result for the BSP, saying the SP took votes from others but did not return them. More than getting an additional seat, the BJP was hoping that the outcome would sow the seeds of distrust between the SP and the BSP. Although clearly unhappy with the defeat, BSP leader Mayawati was unwilling to let it jeopardise the nascent understanding with the SP, and said the loss would not affect her party’s growing proximity to the SP. Indeed, she saw it as a consequence of what she claimed was the BJP’s strategy to drive a wedge between the two parties. Instead of driving them apart, the result seems to have brought the SP and the BSP closer. Despite its success in the polls in U.P., the BJP is no closer to undermining the opposition in the Rajya Sabha. The Telugu Desam Party has quickly made the transition from a disenchanted ally to a fierce opponent. The Telangana Rashtra Samiti, even while trying to maintain good equations between its government and the Centre, is working towards a federal front opposed to both the Congress and the BJP. The 29 seats (out of 58) that the BJP won in this round will not alter the balance in the Rajya Sabha, at least not immediately. If in U.P. the election brought two opposition parties closer, in West Bengal it created more differences between the Left and the Congress. The Trinamool Congress’s support may have been for Abhishek Manu Singhvi as an individual, and not for his party, the Congress, but the net effect was that the Left was unhappy with the Congress and its candidate. The elections to the Rajya Sabha are not a reflection of the strengths of the parties on the ground, but they can alter political equations and have a bearing on direct elections in the near future.

Meaning: (of a task or circumstance) imposed on oneself, not by an external force.

Example: “he went into self-imposed exile”

Example: “another drop in the inflation rate was cold comfort for the 2.74 million jobless”

Meaning: The state of being barred from one’s native country, typically for political or punitive reasons.

Example: “he knew now that he would die in exile”

Meaning: Declare the punishment decided for (an offender).

Meaning: The action or practice of persuading someone to do something by using force or threats.

Example: “it wasn’t slavery because no coercion was used”

Meaning: A state of isolation or restricted access instituted as a security measure.

Example: “the university is on lockdown and nobody has been able to leave”

Example: “a reversion to the status quo ante”

Meaning: Lower or move (something) downwards.

Example: “the plane dipped its wings”

Meaning: A request that is difficult to fulfill.

Example: Asking me to be charming at 7 a.m. is a pretty tall order.

Meaning: A negative or unfavourable reaction or response.

Example: “we got some pushback on the new pricing”

Example: “his position is in stark contrast to that of Curran”

Meaning: Pay no attention to; ignore.

Example: “the body of evidence is too substantial to disregard”

Meaning: Protect (someone or something) from unpleasant influences or experiences.

Example: “the service is insulated from outside pressures”

Example: “the government was reported to be considering military intervention”

Meaning: To advise someone or give them useful information about something.

Example: Here are my questions. Can anyone give me a steer?

Meaning: Able to be predicted.

Example: “the market is volatile and never predictable”

Meaning: (the making of) a secret plan to do something, especially something that will harm another person.

Example: A tale of political intrigue.

Meaning: The action of betraying one’s country, a group, or a person; treachery.

Example: “the betrayal by the French of their own refugees”

Meaning: Taking place every other year.

Example: “the first of a series of biennial exhibitions”

Meaning: A small amount of an emotion or quality.

Example: There was certainly an element of truth in what she said.

Meaning: A strong feeling of support or allegiance.

Example: “rows with in-laws are distressing because they cause divided loyalties”

Example: “the implication is that no one person at the bank is responsible”

Meaning: If customers churn between different companies that provide a particular service, they change repeatedly from one to another.

Example: “staff who witnessed the murder”

Meaning: Do something which will eventually bring about (a particular result).

Example: “the seeds of dissension had been sown”

Synonyms: Causing difficulties for one or others.

Meaning: The feeling that someone or something cannot be relied upon.

Example: “the public’s distrust of politicians”

Meaning: Put (someone or something) into a situation in which there is a danger of loss, harm, or failure.

Example: “a devaluation of the dollar would jeopardize New York’s position as a financial centre”

Meaning: (especially of a process or organization) just coming into existence and beginning to display signs of future potential.

Example: “do not operate microphones in close proximity to television sets”

35) Drive a wedge between

Meaning: Cause disagreement or hostility between.

Example: “I’m not trying to drive a wedge between you and your father”

Meaning: The process or a period of changing from one state or condition to another.

Example: “students in transition from one programme to another”

Meaning: Disappointed by someone or something previously respected or admired; disillusioned.

Example: “he became disenchanted with his erstwhile ally”

Meaning: To be connected or related to something.

Example: I don’t see how that information bears on this case. 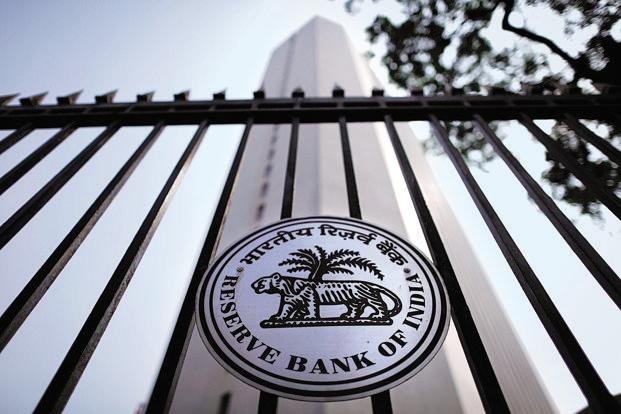