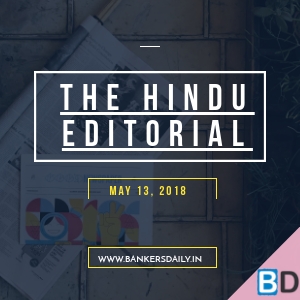 It may no longer be possible for the Union government to delay Justice K.M. Joseph’s elevation to the Supreme Court. The five-member collegium has unanimously agreed, in principle, to reiterate its recommendation to appoint the Chief Justice of the Uttarakhand High Court as a judge of the Supreme Court. When reiterated unanimously, the Centre is bound to act on the collegium resolution, going by the law laid down by the Supreme Court in the Third Judges Case of 1998. The Centre, which denies that its objection had anything to do with Justice Joseph’s decision in 2016 to quash the imposition of President’s Rule in Uttarakhand, ought not to delay his appointment once the reiteration is formally made. However, it is puzzling that the collegium didn’t send its reiteration to the Centre immediately. It has decided that his name would be part of the next set of recommendations, which would include proposals to elevate the Chief Justices of some more high courts. One explanation for this could be that the collegium wants to address the concern the Centre has indirectly raised about the need for fair representation to all high courts. While objecting to Justice Joseph’s appointment on the ground that he was not senior enough, the Centre spoke about ‘excessive representation’ that a relatively ‘small’ high court (the Kerala High Court) may get after his appointment. While the unanimous reiteration may end the current controversy, there is a larger issue here: the propriety of the Centre holding back one or two names from a list of recommendations and clearing the rest. Justice Joseph’s name was sent along with that of senior advocate Indu Malhotra in January, but the Centre took three months to act on it. It cleared her name alone, while seeking reconsideration of Justice Joseph’s name. That it has a right to raise a particular judge’s case is beyond question, but selectively approving some names from a batch of recommendations can make a difference to the seniority of the judges concerned — especially when seniority is the sole consideration for appointment of the Chief Justice as well as membership of the collegium. In a judge-recommended system of appointments, one that is peculiar to India, differences over particular candidates cannot be avoided, but it ought to be possible for the two sides to minimise these differences and act expeditiously. The onus is more on the government of the day to ensure it is not seen as blocking the appointment of anyone the judges themselves have found fit and deserving. It does not augur well for the institution if the present consultative process, admittedly not an ideal one for a diverse democracy, is seen to be vitiated by executive intransigence.

Results of Lebanon’s May 6 parliamentary election point to the mounting frustration among voters with the government of Prime Minister Saad Hariri. In recent years, Lebanon has had a host of administrative and regional challenges while the government remained largely ineffective in tackling them. There were protests in Beirut and elsewhere over a breakdown of waste management; there is an acute power shortage; the economy is in shambles; and the inward flight of Syrian refugees over the past seven years has put public infrastructure under further strain. Regional tensions are high as Hezbollah, Lebanon’s most powerful Shia movement that has been designated by the U.S. and Israel as a terrorist organisation, is involved in the Syrian civil war. In post-civil war Lebanon, the political class is largely divided into two blocs — the Iran-allied Shia bloc led by Hezbollah that has joined hands with Christian parties, and the Sunni bloc led by Mr. Hariri that has close ties with Saudi Arabia and the West. During the campaign, both sides whipped up this sectarian narrative — Mr. Hariri said Lebanon’s Arab identity was being threatened by Hezbollah’s Iran links, while the Hezbollah-allied parties targeted Saudi Arabia and the West besides attacking the government for its failures. In the event, Mr. Hariri’s Future Movement suffered a big setback. Its strength in the 128-member parliament shrank from 33 to 21. While Hezbollah will retain the 13 seats it had in the outgoing legislature, its allies have gained. President Michel Aoun’s Free Patriotic Movement gained six more, while the number of independent candidates linked to Hezbollah doubled to eight, making the alliance the largest parliamentary bloc. Lebanon has a unique, confessional system in which the Prime Minister must be a Sunni, the President a Christian and the Parliament Speaker a Shia. Being the leader of the largest Sunni bloc, Mr. Hariri could retain his job as Prime Minister despite the electoral setback. But Hezbollah and its allies will have a greater say in government-formation. Hezbollah could also stall government measures that target its clout, a key demand from Mr. Hariri’s regional allies. Mr. Hariri is in a tight spot. The Saudis are not happy with his inability to rein in Hezbollah. Last year Mr. Hariri was summoned to Riyadh, where he announced his resignation. Though he withdrew the resignation later, his ties with his Saudi patrons appear to be far from mended. With the regional fault lines between Iran and its rivals set to sharpen further after the U.S. withdrawal from the Iran nuclear deal and rising Tehran-Tel Aviv tensions, it is bound to reflect on Lebanese politics. Mr. Hariri has to find a balance between his domestic agenda and regional politics, provide basic services to the public, lift the economy and restore voters’ faith in him — a tall ask given Lebanon’s fractured polity and Mr. Hariri’s own record.

Meaning: An organization for people who have similar interests or who do similar work, especially in a university.

Example: “freedom of action is bounded by law”

Meaning: To officially establish a rule, or to officially say how something should be done.

Example: This is in line with the policy laid down by the management.

Meaning: An expression or feeling of disapproval or opposition; a reason for disagreeing.

Example: “they have raised no objections to the latest plans”

Example: “his conviction was quashed on appeal”

Meaning: Think hard about something because one cannot understand it.

Example: “she was still puzzling over this problem when she reached the office”

Meaning: Raise to a more important or impressive level.

Example: “he was elevated to Secretary of State”

Meaning: A matter of interest or importance to someone.

Example: “housing is the concern of the Housing Executive”

Meaning: (of an opinion, decision, or vote) held or carried by everyone involved.

Example: “this requires the unanimous approval of all member states”

Meaning: A fact or a motive taken into account in deciding something.

Example: “the idea was motivated by political considerations”

Example: “any attempt to explicate the theme is bound to run into peculiar difficulties”

Meaning: With speed and efficiency.

Example: “the directors will move expeditiously to reach a conclusion”

Meaning: Something that is one’s duty or responsibility.

Example: “the onus is on you to show that you have suffered loss”

Meaning: (of an event or circumstance) portend a good or bad outcome.

Example: “the end of the cold war seemed to augur well”

Meaning: Destroy or impair the legal validity of.

Example: “the insurance is vitiated because of foolish acts on the part of the tenant”

Meaning: Refusal to change one’s views or to agree about something.

Example: “in the face of government intransigence, he resigned in disgust”

Meaning: The feeling of being upset or annoyed as a result of being unable to change or achieve something.

Example: “tears of frustration rolled down her cheeks”

Meaning: A failure of a relationship or system.

Example: “a breakdown in military discipline”

Meaning: (of an unpleasant or unwelcome situation or phenomenon) present or experienced to a severe or intense degree.

Meaning: A state of total disorder.

Example: “my career was in a shambles”

Meaning: A force tending to pull or stretch something to an extreme or damaging degree.

Example: “the usual type of chair puts an enormous strain on the spine”

Meaning: Officially give a specified status or name to.

Example: “the Wye Valley is designated an area of outstanding natural beauty”

Meaning: To encourage or cause people to have strong feelings about something.

Example: She criticized the organization for trying to whip up anti-immigrant prejudice.

Example: “the priest leaned forward in his best confessional manner”

Example: “I knew she carried a lot of clout”

Example: “with an effort, she reined back her impatience”

Example: “he summoned a meeting of head delegates”

Meaning: A distinguished person who takes an honorary position in a charity.

Example: “the Mental Health Foundation, of which Her Royal Highness is Patron”

Example: “quarrels could be mended by talking”

Example: “he vowed to put jobs at the top of his agenda”

Meaning: An organized society; a state as a political entity.

Example: “the period in which West Germany was a distinct polity”