The government’s opposition to the elevation of the Chief Justice of the Uttarakhand High Court, Justice K.M. Joseph, to the Supreme Court, as recommended by the Supreme Court collegium as far back as January 10, 2018, is per se unprincipled. Its logic is faulty, both statistically and otherwise.

Justice Joseph pronounced a historic judgment in April 2016 when he struck down the imposition of President’s rule in Uttarakhand. Little did he know that his judgment would stand in the way of his elevation. This has created a situation where the very independence of the judiciary is now under attack. We will have to await the response of the collegium. I hope its members stand together and speak in one voice. That is the only way the Supreme Court can reassert its supremacy in the matter of judicial appointments.

Justice Joseph’s request to be transferred to the Andhra Pradesh High Court on health grounds since he had undergone a bypass surgery was ignored. In May 2016, the collegium had cleared his transfer to the Andhra Pradesh High Court. For inexplicable reasons, the recommendation was not forwarded for approval to the then President of India, Pranab Mukherjee. In the normal course of events, recommendations for transfers are cleared within 10 days. The attitude of the Union government shows that he was being targeted. The Centre’s obduracy by supplying unedifying reasons for rejecting the collegium’s recommendation can be clearly attributed to his judgment of April 2016.

Let us analyse the reasons put forth in Union Law Minister Ravi Shankar Prasad’s letter of April 26, 2018 for rejecting the recommendation for Justice Joseph’s elevation. The first is that in the All India High Court Judges Seniority List, Justice Joseph is placed at serial number 42 and that 11 Chief Justices of various High Courts in the said list are otherwise senior to him.

The Law Minister ought to have disclosed that in February 2017, two judges from the Karnataka High Court, Justices Shantanagoudar and Abdul Nazeer, were elevated on the same day. If two judges can be elevated from Karnataka, especially in light of the fact that Justice Kurian Joseph, also from Kerala, is going to retire in the course of this year, the logic of not having two judges from the Kerala High Court is clearly manufactured only to oppose Justice Joseph’s appointment.

The third reason is that there is an inadequate representation of the Scheduled Castes (SC) and the Scheduled Tribes (ST) in the Supreme Court. First, the total sanctioned strength of the Supreme Court is 31 judges. At the moment, there are 25. Six judges are to retire this year. Consequently, its strength, if no judges are appointed, will be reduced to 19. There will be 12 vacancies. If the government so chooses, it can give representation to the SCs and STs consistent with its logic. But this logic cannot be advanced in opposing Justice Joseph’s elevation. Such an argument only betrays the real intent behind the opposition.

Having demonstrated the fragility of the reasoning of the Law Minister, all the points for not elevating Justice Joseph — such as seniority at the level of the High Court, regional representation, representation of SCs and STs — become insignificant when there is an outstanding candidate for elevation. I only wish to reiterate the recommendation made by the collegium on January 10, 2018: “The Collegium considers that at present Mr. Justice K.M. Joseph, who hails from the Kerala High Court and is currently functioning as Chief Justice of Uttarakhand High Court, is more deserving and suitable in all respects than other Chief Justices and senior puisne Judges of High Courts for being appointed as Judge of the Supreme Court of India.”

It is crystal clear that the opposition to Justice Joseph is malafide. The executive is seeking to blatantly interfere in the appointment process. If the government’s stand is legitimised, such incursions on the independence of the judiciary will become routine. We want our judges to be immune to extra-constitutional pressures. That immunity is the only way to protect our citizens. A judiciary that capitulates is the greatest danger to democracy.

The summit between the leaders of the two Koreas is perhaps the most significant step in decades towards securing peace on the peninsula. Kim Jong-un on Friday became the first North Korean leader since the 1953 armistice to step on South Korean soil. Not many had foreseen such a rapid turnaround in ties between the two Koreas, given the acrimony and war rhetoric of the recent past. Mr. Kim had stepped up his country’s nuclear weapons programme since assuming power in 2011. Last year, U.S. President Donald Trump and he even exchanged nuclear threats. But it has become evident that Mr. Kim’s primary goal may not be to maintain the North’s nuclear capability or to live in a perpetuallyhostile environment. He has signalled that he is willing to barter the North’s nuclear capability for economic and security assurances. At their summit, Mr. Kim and South Korean President Moon Jae-in, whose persistence in breaking the ice was vital to the historic meeting, spared no words in expressing their desire for peace in a “nuclear-free” peninsula. They declared that there would be no more war on the peninsula. There are plans to transform the existing armistice into a peace treaty with the help of the U.S. and China, to formally end the Korean war by year-end.

The significance of the summit notwithstanding, peace is not a given. In the past, two South Korean Presidents had travelled to the North to meet its leader. The 2007 joint declaration after an inter-Korean summit had expressed almost similar goals as in the latest declaration, including on the nuclear issue. Yet relations deteriorated, with the international peace process failing to make any progress and the North going back to its nuclear weapons programme. What is different this time is that the inter-Korean summit is to be followed by a meeting between Mr. Kim and Mr. Trump. Mr. Kim first conveyed the promise of denuclearisation through visiting South Korean officials. And then he travelled to China to discuss the proposal with President Xi Jinping before meeting Mr. Moon. He announced a freeze on further nuclear tests and said North Korea’s main test site would be shut down, all aimed to show his seriousness of purpose. Mr. Trump has welcomed the Panmunjom summit and said that he expects to meet Mr. Kim within four weeks. Despite his promises, Mr. Kim is unlikely to give up his nuclear weapons unless he gets credible guarantees from the U.S., China and other countries. He is likely to also press the U.S. to withdraw its nuclear umbrella from the South. But it is quite extraordinary to think that Mr. Trump and Mr. Kim may actually now get down to discussing, face-to-face, steps towards denuclearising the Korean peninsula.

Meaning: The action or fact of raising or being raised to a higher or more important level, state, or position.

Example: “Her sudden elevation to the cabinet”

Meaning: (In the past) a group of officials in charge of an industry or area of activity in Russia or the Soviet Union.

Example: “The trial opened before the Military Collegium of the Supreme Court of the U.S.S.R”

Meaning: By or in itself or themselves; intrinsically.

Example:  “It is not these facts per se that are important”

Meaning: Unable to be explained or accounted for.

Example: “For some inexplicable reason her mind went completely blank”

Example: “I argued this point with him, but he was obdurate”

Meaning: Regard something as being caused by.

Example:  “He attributed the firm’s success to the efforts of the managing director”

Meaning: Having or characterized by a fundamental weakness or imperfection.

Meaning: A standard or point of reference against which things may be compared.

Example:”The pay settlement will set a benchmark for other employers and workers”

Meaning: Refuse to give (something requested or desired) to (someone).

Example: “The inquiry was denied access to intelligence sources”

Meaning: As a result.

Meaning: Expose (one’s country, a group, or a person) to danger by treacherously giving information to an enemy.

Example: “A double agent who betrayed some 400 British and French agents to the Germans”

Antonyms: Be loyal to

Meaning: The quality of being easily broken or damaged.

Example:”Osteoporosis is characterized by bone fragility”

Example:”She reiterated that the government would remain steadfast in its support”

Meaning: Have one’s home or origins in (a place).

Example: “They hail from Turkey”

Synonyms: Come from, Have been born in

Meaning: In bad faith; with intent to deceive.

Meaning: In an open and unashamed manner.

Example: “Yet another space show that blatantly disregarded scientific fact”

Example: “Voters legitimize the government through the election of public officials”

Meaning: An invasion or attack, especially a sudden or brief one.

Synonyms: Attack on, Assault on

Meaning: Cease to resist an opponent or an unwelcome demand; yield.

Example: “The patriots had to capitulate to the enemy forces”

Meaning: An agreement made by opposing sides in a war to stop fighting for a certain time; a truce.

Example: “The Italian government signed an armistice with the Allies”

Meaning: An abrupt or unexpected change, especially one that results in a more favourable situation.

Example: “It was a remarkable turnaround in his fortunes”

Example: “The AGM dissolved into acrimony”

Example: “Investors have to step up and assume more responsibility for their assets”

Meaning: A statement of an intention to inflict pain, injury, damage, or other hostile action on someone in retribution for something done or not done.

Example:”Members of her family have received death threats”

Example: “He often bartered a meal for drawings”

Meaning: A positive declaration intended to give confidence; a promise.

Example: “He gave an assurance that work would begin on Monday”

Example: “Cardiff’s persistence was rewarded with a try”

Example:”Secrecy is of vital importance”

Meaning: A formally concluded and ratified agreement between states.

Example: “The two Presidents signed a ten-year treaty of solidarity”

Example:”Relations between the countries had deteriorated sharply”

Meaning: To remove nuclear weapons from a place.

Example: The documents detailing proposals for denuclearizing the region were leaked to the press.

Example: “He wasn’t the kind of man to give up easily” 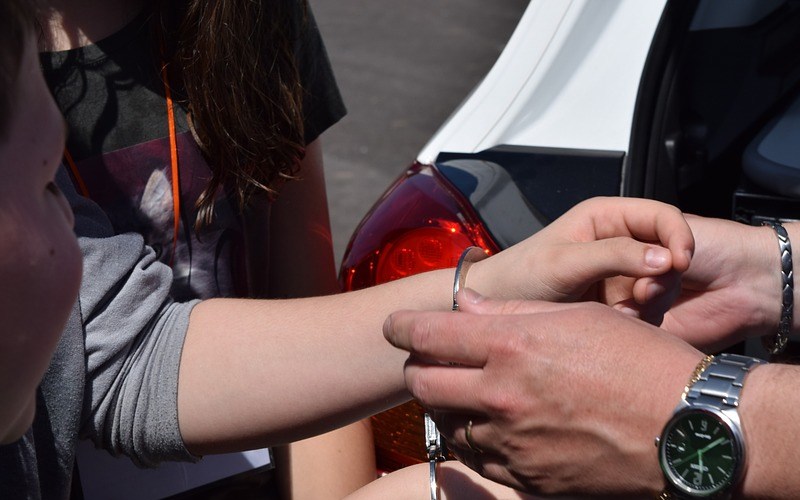 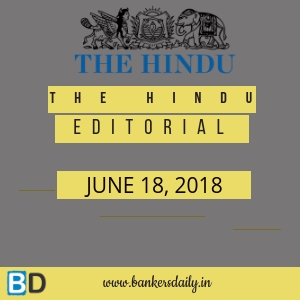