A) A new day in Seoul

The election of the moderate Moon Jae-in as South Korea’s President marks a decisive break from the bitter divisions and scandals that unsettled the country’s administrative and political equilibrium in recent months. Mr. Moon won 41% of the vote, almost double that of his nearest rival. In the wake of the polarising tenure of his predecessor, Park Geun-hye, who was ousted through the impeachment route, he appeared conciliatory during the election campaign, emphasising the need to move on. Indications of Mr. Moon’s willingness to engage with the troubling issues in the region came after he was sworn in on Wednesday, when he declared his intention to visit Pyongyang and hold discussions with Washington, Beijing and Tokyo. With this, the veteran human rights lawyer struck a positive note for the kind of multilateralism required to lower tensions in the Korean peninsula. The bold announcement should allay the apprehensions of sceptics who would have assumed that Mr. Moon may be rather soft towards the North, as well as those who feared that engaging Pyongyang could alienate the U.S. The fact remains that any realistic prospect of containing North Korea’s nuclear posturing depends on two inter-related factors: marginalising the hawks in Washington and impressing upon Kim Jong-un’s regime the economic and political consequences of defying multilateral norms. Mr. Moon’s other big regional challenge is the U.S.- backed installation of the Terminal High Altitude Area Defence (THAAD) anti-missile system on South Korean soil. Interception of North Korea’s increasingly sophisticated missile launches is behind this, but the development has raised concerns in Beijing, which thinks the THAAD radar could undermine its own defence infrastructure. Assuaging such Chinese fears will not be easy and Beijing would like nothing less than the complete withdrawal of the defence shield. Although Mr. Moon has promised to renegotiate the THAAD installation, it is premature to speculate on Washington’s response. But a more rapid restoration of cultural, tourism and trade relations between Seoul and Beijing appears possible given Mr. Moon’s accommodative stance. Peaceful coexistence is imperative among neighbours, a consideration that will hopefully prevail over other factors. At home, Seoul has in recent months been rocked by the influence-peddling scandal involving Ms. Park and executives from top business houses, leading to her eventual ouster. After rallying a large number of citizens behind the unprecedented protests, the President has raised expectations of a more transparent and accountable corporate governance culture in South Korea’s conventional chaebol system of family-owned businesses. In realising that unenviable task, Mr. Moon can count on a demonstrably vibrant and independent judiciary and an effective parliament. It will not be smooth sailing, but there is reason for hope.

B) Navigating the new Silk Road

Will Prime Minister Narendra Modi surprise everyone and participate in China’s ‘Belt and Road Forum for International Cooperation’ which begins on May 14? That would be the kind of bold initiative he took in inviting leaders of our neighbouring countries to his swearing-in in 2014, but with far greater significance. It would also be an appropriate response to China’s recent four point initiative and test its intent. China has suggested starting negotiations on a ‘China India Treaty of Good Neighbours and Friendly Cooperation’, restarting negotiations on the China-India Free Trade Agreement, striving for an early harvest on the border issue and actively exploring the feasibility of aligning China’s ‘One Belt One Road Initiative’ (OBOR) and India’s ‘Act East Policy’. To repeat Nehru’s outright rejection in 1960 of Zhou Enlai’s proposal to settle the border dispute would be a historic mistake. India’s response should be based on its long-term interest and not short-term concerns. First, treat the Belt and Road Initiative (BRI) — which already has contracts of over $1 trillion covering over 60 countries — as enlarging areas of cooperation; and push for India as the southern node and a ‘Digital Asia’. India cannot be a $10 trillion economy by 2032 without integrating itself with the growing Asian market and its supply, manufacturing and market networks. Second, complementary to China’s Initiative, develop common standards with the fastest growing economies in Asia that are on the periphery of the B&R Initiative, such as Bangladesh, Vietnam and Indonesia, to facilitate trade, investment and business engagement. Third, offer a new cooperation framework in South Asia around global challenges. For example, sharing meteorological reports, region specific climate research and the ‘Aadhaar’ digital experience, despite on-going security concerns. Fourth, thought leadership provides an avenue to increasing global influence. Hinduism and Buddhism spread to East and South-East Asia with commerce and an urbanising Asia and world, and needs a new organising principle around shared prosperity — principles that dominated India till 1800 making it the world’s richest country for over two millennia. India has the potential to be the second largest world economy and Mr. Modi’s participation in the Forum will not be as just one of the 28 leaders and 110 participating countries but as a partner shaping the changing world order. Countries are now gaining influence more through the strength of their economy than the might of the military. However, analysts in India have yet to recognise these global trends and continue to see the re-emergence of China through a security prism. Calls for new alliances with Iran, Iraq, and Afghanistan “to create a two-front dilemma for our western neighbo[u]rs, but also encirclement of our northern neighbo[u]r from the west” ignore the strategic impact of the BRI which all countries in Asia, except Japan, embrace and require new approaches to secure our own re-emergence. As a continental power, China is knitting together the Asian market not only with roads, rail, ports and fibre optics but also through currency exchange, standards, shifting of industry and common approaches to intellectual property rights. As the world economy is expected to triple by 2050, Asia will again have half of global wealth. China is seeking to fill the vacuum following the U.S.’s withdrawal from the Trans-Pacific Partnership, and India should add elements to it that serve its national interest as part of its vision of the ‘Asian Century’. The bonhomie around the Donald Trump-Xi Jinping meet in Mara-Lago, U.S., in April is a pointer to how the global order changes. A 100-day plan to balance trade was a key outcome here and the Forum has the potential to do the same for the Asian giants. Change also raises the question whether existing approaches, institutions and rules are the best way of organising international relations. Coordination between the major powers is emerging as the best way of global governance in a multi-polar world. Despite their territorial dispute, strategic differences and military deployment in the South China Sea, China and Japan have just agreed to strengthen financial cooperation, and the Forum could provide an impetus to settling the border dispute between India and China. The BRI seeks “complementarities between a countries’ own development strategy and that of others”, though its goals have yet to be formalised, and India would lend a powerful voice to a strategy and structure that ensures common goals will not be neglected.

Example: The reformists were ousted from power.

Example: The letter assuaged the fears of most members

Example: An unenviable reputation for drunkenness.

Meaning: Hold (someone) closely in one’s arms, especially as a sign of affection.

Meaning: The force or energy with which a body moves.

Example: Hit the booster coil before the flywheel loses all its impetus.

Meaning: A meeting or medium where ideas and views on a particular issue can be exchanged.

Example: We hope these pages act as a forum for debate

Example: Logging has been banned outright. 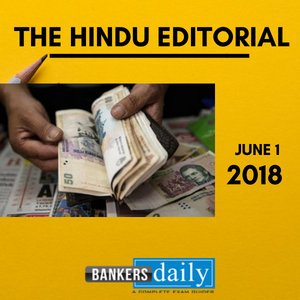