(A) The history of that system is, however, a warning than a stimulus to reorganize a similar scheme.

(B) However, we can’t resign ourselves merely because there are no data.

(C) One of the commonest risks which agricultural life is exposed to in this country is famine or failure of corps.

(D) There are, however, no reliable data on which such a scheme of insurance can be based.

(E) A kind of Famine Insurance System was attempted by the British Government of India in the last century.

(F) Still, the need for such a scheme to cover the losses due to famine, cattle plague, crop pests, etc. can’t be undermined.

(G) It is obviously because of failure of rain and the consequence is starvation.

(A) The application of economic, environmental and consumer pressures have been on an increase in recent years.

(B) As a result, our agro-food production and technology are amongst the most advanced in the world.

(C) They are thus able to provide expertise and technology to satisfy the needs of agro -food production.

(D) In turn, the support industries have developed to an equally advanced state.

(E) They have also equipped themselves with necessary expertise to satisfy the most exacting requirements of the overseas markets.

(F) These have greatly influenced the development of the agriculture and food industries in our country.

(A) Some people believe that at present its importance is decreasing because of rapid economic and social changes.

(B) The extent of its importance may be slightly less in cities as compared to rural communities.

(C) Some even go to the extreme and say that it will soon become obsolete because of these changes.

(D) The family is an important socialization agency both in rural and city communities.

(E) The difference in the degree of importance does not matter much and therefore has no significance.

(F) There are others who believe that the family has survived such storms in the past and it will do so in the future also.

(A) What teachers repeatedly commented on was that she was “very creative” and had “an unusual way of thinking” etc.

(B) A study done by the institute focuses on Roma, an individual with creative abilities.

(C) But nowhere were Roma’s these abilities recognized on her report cards, because there was no check-off box for artwork and creativity.

(D) Some of her art work was selected to represent her school at art exhibition at state level.

(E) As a child she had been a good student above average in most areas but not an exceptional early reader and writer.

(A) If properly planned, a lot of employment opportunities will also be available.

(B) If they are properly mobilized, our economy can be improved

(C) Mobilization of these resources needs a very huge sum.

(D) Water resources in our country are quite abundant.

(E) Besides, a lot of planning and designing are also required.

(F) The need of the hour, therefore, is to take up the project of water resources management and eradicate unemployment.

(A) The reasons for formal education getting nullified are that we teachers have limited vision, our judgement about students are hasty and we are more knowledge-centred than student-centred.

(B) Life educates as nothing else does.

(C) Churchill rose to dizzy heights despite his teachers prophesies to the country. And there are many more such examples.

(D) Life’s teachings sometimes supplement the education received in the classroom and at other times nullify it.

(E) Education received in the classroom is insignificant as compared to what life teaches us.

(A) It is obvious from the above that the commission has accorded highest priority to securing speedy justice to women.

(B) These members continue to pursue their mandated activities, namely review of legislation, intervention in specific individual complaints of atrocities and denial of rights.

(C) The functions assigned to the commissions as per the Act are wide and varied covering almost all the facets of issues relating to safeguarding women’s rights and promotion.

(E) Towards the end of speedy justice to women the Commission is organising Parivarik Mahila Lok Adalats, offering counselling in family disputes and conducting training programmes for creating legal awareness among women.

(F) They also suggest remedial action to safeguard the interest of women to the appropriate authorities.

(G) To carry out these functions the commission has a chairman, five members and a Member Secretary, all nominated by the central Government.

(A) We were interested by contrast in understanding what lessons actual teams and non-teams had for others to choose to struggle with change and performance.

(B) Still, we suspected that most of these focused on persuading readers that “teams are important”.

(C) After all, we thought teams are a well-known subject and there must be a thousand books on the subject already.

(D) By going down this path we hoped to discover something to say that was different from most books on the subject.

(E) We approached the idea of a book on teams cautiously.

(F) Alternatively, they focused on providing you advice on building terms as an objective in itself. 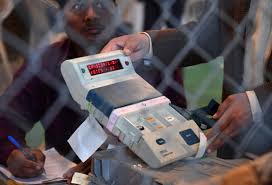 Collective Nouns-want to collect them? by R.Gopalakrishnan, CPSU Officer (Retd.)