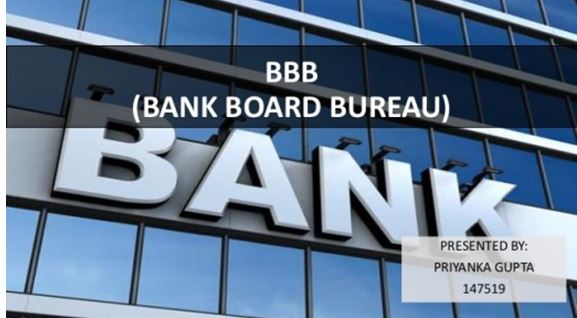 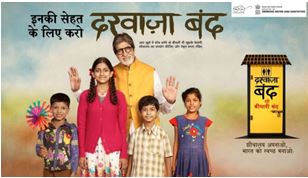 For promotion of toilet usage across the country’s villages, the Ministry of Drinking Water and Sanitation has come out with an aggressive new campaign called “Darwaza Band”. The campaign has been supported by the World Bank and is being rolled out countrywide immediately after the launch. 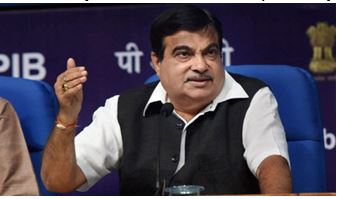 These projects will enhance connectivity of the hinterland to the port. Port connectivity is among the four pillars of the Ministry of Shipping’s flagship Sagarmala programme.

The Goa government has decided to ban buying and selling of plastic bags below 50 microns from July, to tackle the garbage and litter menace in public places.

The law will be implemented starting with fine of Rs. 500 and then the fine will be subsequently raised to Rs. 5,000 depending upon the success.

“NAVIC”, INDIA’S VERY OWN GPS SUBSTITUTE WILL BE OPERATIONAL FROM 2018:

The Indian Regional Navigation Satellite System (IRNSS) with an operational name of NavIC is currently being tested for its accuracy and is most likely to be available in the market for public use early 2018.

NavIC stands for NAVigation with Indian Constellation. The System will cover the entire country, Indian Ocean and its surroundings. 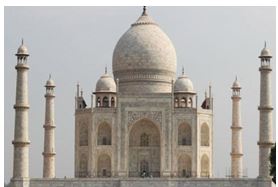 Taj Mahal has made it to the top 10 landmarks in the world by securing fifth position in the list. According to the Asia list, Taj Mahal was at No. 2 spot after Angkor Wat.

Maharashtra Chief Minister Devendra Fadnavis launched a ‘Shivar Samwad Sabha’ to reach out to farmers in the state and address their issues. The 4-day initiative is being launched amid the rising resentment among farmers across the state over delay in procurement of tur this year.

FIRST SCORPENE SUBMARINE INS KALVARI TO BE COMMISSIONED BY JULY:

Navy Chief Admiral Sunil Lanba said that first of the six Scorpene submarines being built in India under technology transfer is likely to join the Navy by end of July.

Six Scorpene submarines are being built under Project-75 by Mazagon Docks Limited (MDL) with technology transfer from France. 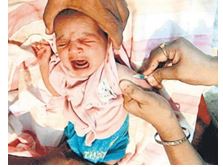 It was first launched from Kushinagar district. He also launched a toll free number to get or provide any information about encephalitis. The number is 18001805544.

A treaty signed by India and Kazakhstan for transfer of each other’s sentenced prisoners has come into effect on May 26th with the ratification of the agreement by both the countries. 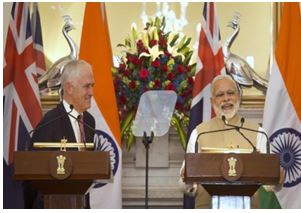 An India-Australia pact for transfer of each other’s sentenced prisoners has come into effect on May 26th with the ratification of the treaty by both the countries. 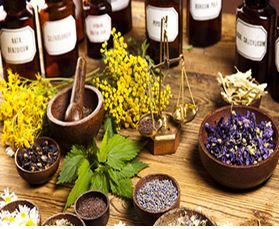 Cabinet has approved the Joint Declaration of Intent (JDI) between Germany and India regarding cooperation in the sector of alternative medicine.

The signing of the joint declaration will enhance bilateral cooperation between the two countries in the areas of traditional and alternative medicine. It enhanced employment opportunities in the AYUSH sector. 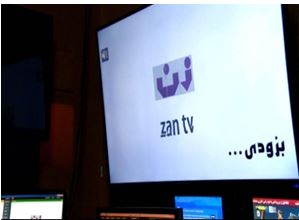 Women in Afghanistan now have their own television channel. Zan – or Women’s – TV began airing this month, with a staff of all female presenters and producers.

The 28th edition of North Atlantic Treaty Organization (NATO) summit has started in Brussels, Belgium. The top agenda of the meeting was terrorism. The Main aim is to fight against Islamist terrorism.

The 2018 NATO summit will be held in Istanbul, Turkey. 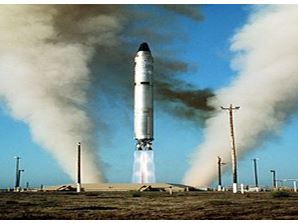 The U.S Missile Defense Agency said it was the first live-fire test against a simulated ICBM (Intercontinental ballistic missile) for the Ground-based Midcourse Defense (GMD), managed by Boeing Co (BA.N).

The U.S. military fired an ICBM-type missile from the Kwajalein Atoll in the Marshall Islands toward the waters just south of Alaska. It then fired a missile to intercept it from Vandenberg Air Force Base in California.

The new one rupee currency note will have an overall colour scheme of pink and green, in combination with other under The Coinage Act, 2011.Secretary, Ministry of Finance: Shaktikanta Das 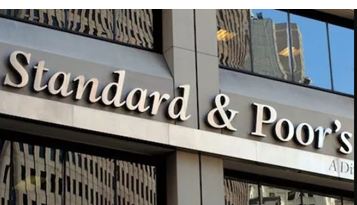 Indian banks’ stressed assets are likely to increase to 15% of total loans by March 2018 even as their regulatory capital requirements will continue to rise till 2019, S&P Global Ratings. 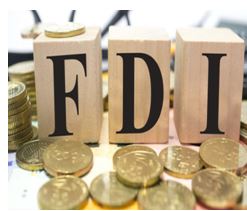 In a “fDi Report 2017” compiled by fDi intelligence said that India retained its No.1 position of being the world’s top most Greenfield FDI investment destination for the second consecutive year.

Actress Priyanka Chopra will be conferred with the Dadasaheb Phalke Academy Award for being an international icon.

Rifleman Brijesh Thapa who served with the UN Organisation Stabilization Mission in the Democratic Republic of the Congo (MONUSCO) and Private Ravi Kumar who was deployed with the UN Interim Force in Lebanon (UNIFIL) will be honoured with the Dag Hammarskjöld Medal on the International Day of UN Peacekeepers to be observed on May 29.

BANKS BOARD BUREAU GETS 2 MORE MEMBERS:

The government has expanded the Banks Board Bureau (BBB) by adding two more members.

Former Allahabad Bank chairperson and managing director Shubhalaxmi Panse and private equity player Pradip Shah have been inducted into the board as independent members.

Kerala Bharatiya Janata Party leader George Kurian has been appointed Vice-Chairperson of the National Commission for Minorities or NCM. 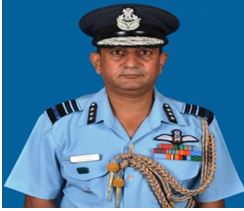 Air Marshal PN Pradhan has been appointed as the Deputy Chief of Integrated Defence Staff (Operations).

Integrated Defence Staff was created in 2001 following the recommendation of GoM which was set up after the Kargil war to review India’s defence management. 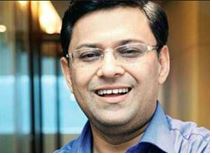 Senior bureaucrat Anurag Tripathy was appointed as the secretary of the Central Board of Secondary Education (CBSE).

He has been appointed to the post for a period of five years by Department of Personnel and Training (DoPT).

KOHLI ONLY INDIAN IN TOP 10 OF ICC ODI RANKINGS: 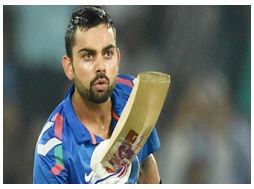 India captain Virat Kohli is the only cricketer from the country to feature in the top 10 of the ICC Players Rankings for ODIs as he managed to hold on to his third spot in the batsman’s chart. 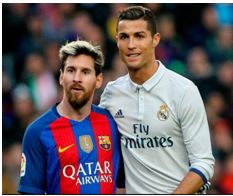 Barcelona and Argentina striker Lionel Messi won the European Golden Shoe for a record fourth time for finishing as the top goal scorer in the season across all European first division leagues. He drew level with Real Madrid’s Cristiano Ronaldo with the fourth honour. 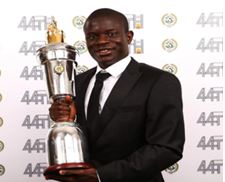 Chelsea midfielder and Frenchman N’Golo Kante was named Player of the Year by the English Premier League. 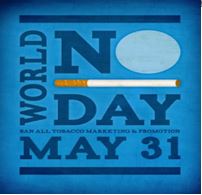 Every year, on 31st May, World Health Organisation (WHO) asked to celebrate World No Tobacco Day (WNTD) highlights the health and additional risks associated with tobacco use, and advocating for effective policies to reduce tobacco consumption.

Film director and former Union Minister of State for Coal Dasari Narayana Rao is no more. 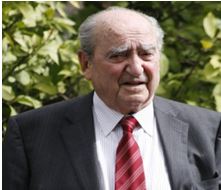 Former Greek Prime Minister Constantine Mitsotakis, one of Greece’s most prominent veteran politicians died at the age of 98. Mitsotakis served as prime minister between 1990 and 1993. 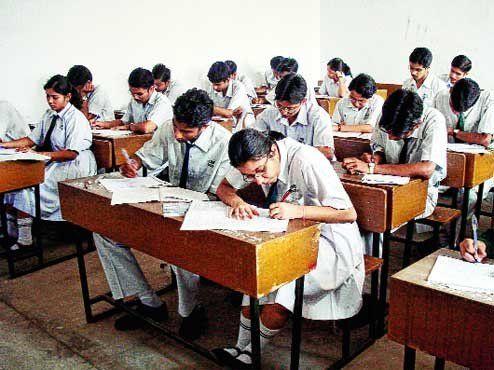 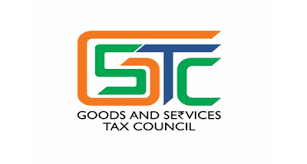 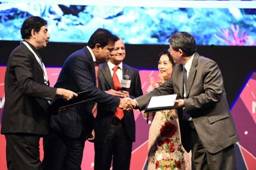