A) Warm, warmer: on climate change

As the 23rd conference of the UN Framework Convention on Climate Change in Bonn shifts into high gear, developing countries including India are focussing on the imperatives of ensuring adequate financing for mitigation and adaptation. They are moving ahead with specific instruments for loss and damage they suffer due to destructive climate-linked events. India’s progress in reducing the intensity of its greenhouse gas emissions per unit of GDP by 20-25% from 2005 levels by 2020, based on the commitment made in Copenhagen in 2009, has been positive. Early studies also suggest that it is on track to achieve the national pledge under the 2015 Paris Agreement for a 33-35% cut in emissions intensity per unit of growth from the same base year by 2030, and thus heed the 2°C warming goal. Since this performance is predicated on a growth rate of just over 7%, and the parallel target for 40% share of renewable energy by that year, the national road map is clear. What is not, however, is the impact of extreme weather events such as droughts and floods that would have a bearing on economic growth. It is in this context that the rich countries must give up their rigid approach towards the demands of low and middle income countries, and come to an early resolution on the question of financing of mitigation, adaptation and compensation. Of course, India could further raise its ambition in the use of green technologies and emissions cuts, which would give it the mantle of global climate leadership. The climate question presents a leapfrog era for India’s development paradigm. Already, the country has chalked out an ambitious policy on renewable energy, hoping to generate 175 gigawatts of power from green sources by 2022. This has to be resolutely pursued, breaking down the barriers to wider adoption of rooftop solar energy at every level and implementing net metering systems for all categories of consumers. At the Bonn conference, a new Transport Decarbonisation Alliance has been declared. It is aimed at achieving a shift to sustainable fuels, getting cities to commit to eco-friendly mobility and delivering more walkable communities, all of which will improve the quality of urban life. This presents a good template for India, building on its existing plans to introduce electric mobility through buses first, and cars by 2030. Such measures will have a beneficial effect not just on transport choices, but on public health through pollution abatement. A national law to raise the efficiency of transport could well be the answer, which the States will readily adopt if supportive financial arrangements are built in. There is some worry that an increase in coal, oil and gas production could negate some of the gains made. The record in this sphere will naturally be evaluated against India’s Paris Agreement pledge to use a combination of incentives for clean production and levies on fuel to maintain a balance.

B) The Hariri Mystery

Saad Hariri’s shock resignation as Lebanon’s Prime Minister has not just plunged the country into another spell of political instability but also reignited regional tensions between Saudi Arabia and Iran. Lebanon has been a theatre for proxy regional battles for years. Eleven months ago, Mr. Hariri, a Sunni with close business and political ties with Saudi Arabia, had formed a coalition with Hezbollah, a Shia party-cum-militia that has Iran’s support. This had, in turn, allowed the election of Michel Aoun as Lebanon’s President. But since then Riyadh has become increasingly impatient with Mr. Hariri’s failure to confront Hezbollah, whose militia wing was involved in the Syrian civil war on behalf of President Bashar al-Assad, another Saudi rival. It was against this backdrop that Mr. Hariri announced his resignation on November 4 from the Saudi capital and blamed Hezbollah and Iran for his decision. Surprisingly, more than a week later he is yet to return to Lebanon and complete the formalities of the resignation, so that the coalition can take the next steps. His continued absence has triggered speculation that he was forced by the Saudis to resign and is being held in Riyadh against his will at a time when the kingdom is turning up the heat on Hezbollah and Iran. There are regional stakes involved in this situation. Hezbollah has evolved into a battle-hardened semi-conventional military force. In 2006, Israel attacked Lebanon with the aim of destroying Hezbollah, with little success. Since then, Hezbollah has amassed weapons from Iran and has got battlefield training in the Syrian civil war. Its political arm has enormous influence in Beirut’s corridors of power. Saudi Arabia is concerned about this growing military and political clout of what it sees as an Iranian proxy. U.S. President Donald Trump has backed Saudi policies. Riyadh has the silent support of Israel, which sees Hezbollah as a threat on its northern border. If the Saudis forced Mr. Hariri to resign, they will prefer another Sunni leader who takes a more confrontational view of Hezbollah. Saudi Arabia has also asked its citizens to leave Lebanon, signalling potential military action. Hezbollah, given its capabilities and history of resistance, may retaliate if its core interests come under attack. It is unfortunate that Lebanon is once again becoming a pawn on the West Asian geopolitical chessboard. Lebanon’s leaders, who will recall the horrors of the 1975-1990 civil war, should forge at least a semblance of unity and ask regional powers to stay out of the country’s domestic politics. They should ask Mr. Hariri to return home immediately and explain to the people the real reasons behind his resignation, and why he announced it from Riyadh. Hezbollah should also be ready to address the concerns of its coalition partners and be wary of disrupting the political balance. Nobody in Lebanon will gain if this balance is upset.

Example: The client must ensure that accurate records are kept.

Synonym: Make sure, See to it

Meaning: The action of reducing the severity, seriousness, or painfulness of something.

Example: The identification and mitigation of pollution.

Meaning: The action or process of adapting or being adapted.

Example: The adaptation of teaching strategy to meet students’ needs.

Meaning: A glass building in which plants that need protection from cold weather are grown.

Example: Plants were grown in a greenhouse under natural light.

Example: He should have heeded the warnings.

Meaning: Declare or affirm (something) as true or existing; postulate or assert.

Example: The Pleistocene colonization of Tasmania has long been predicated.

Meaning: A prolonged period of abnormally low rainfall, leading to a shortage of water.

Example: The cause of Europe’s recent droughts.

Meaning: The ability to tolerate something bad or to be tolerated.

Example: School was bad enough, but now it’s past bearing.

Meaning: Something, typically money, awarded to someone in recognition of loss, suffering, or injury.

Example: He is seeking compensation for injuries suffered at work.

Meaning: A covering of a specified sort.

Example: The houses were covered with a thick mantle of snow.

Meaning: Surpass or overtake another to move into a leading or dominant position.

Example: Attempts to leapfrog the barriers of class.

Synonym: Go over, Get past

Example: He chalked a message on the board.

Meaning: In an admirably purposeful, determined, and unwavering manner.

Example: She resolutely refused to be bullied by those around her.

Meaning: Seek to attain or accomplish (a goal) over a long period.

Example: Andrew was determined to pursue a computer career.

Antonym: Leave, Give up

Meaning: The outer surface of a building’s roof.

Example: A winter view of rooftops.

Meaning: The ability to move or be moved freely and easily.

Example: This exercise helps retain mobility in the damaged joints.

Example: The plant was to serve as the template for change throughout the company.

Meaning: The action of abating or being abated; ending or subsiding.

Example: The existence of packet loss does not negate the viability for storage traffic over IP.

Example: A tax of two per cent was levied on all cargoes.

Example: A car swerved to avoid a bus and plunged into a ravine.

Meaning: A form of words used as a magical charm or incantation.

Example: A spell is laid on the door to prevent entry.

Meaning: Ignite or cause to ignite again.

Meaning: The authority to represent someone else, especially in voting.

Example: Britons overseas may register to vote by proxy.

Meaning: Come face to face with (someone) with hostile or argumentative intent.

Example: Creating a militia was no answer to the army’s manpower problem.

Example: The rolling hills that backdropped our camp.

Meaning: Support (a plant) with a stake or stakes.

Example: The gladioli were staked in gaudy ranks.

Meaning: having experience of war and therefore effective at fighting battles.

Example: Their conscript army stood no chance against the allies’ battle-hardened veterans.

Meaning: Gather together or accumulate (a large amount or number of material or things) over a period of time.

Example: He amassed a fortune estimated at close to a million pounds.

Example: I knew she carried a lot of clout.

Example: The blow stung and she retaliated immediately.

Synonym: Fight back, Strike back

Meaning: A person used by others for their own purposes.

Example: He was a pawn in the game of power politics.

Example: She tried to force her thoughts back into some semblance of order.

Example: Dogs which have been mistreated often remain very wary of strangers

Meaning: Interrupt (an event, activity, or process) by causing a disturbance or problem. 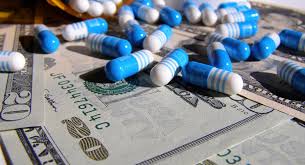 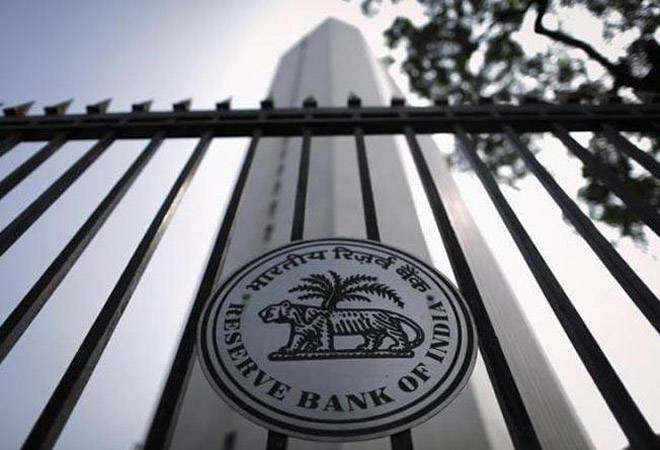