The Pradhan Mantri Sahaj Bijli Har Ghar Yojana (‘Saubhagya’) launched in September, which claims to ensure electrification of all willing households in the country, is too ambitious a project. While it makes grandiose promises to provide a free electricity connection to all willing Below Poverty Line households and to all others on a payment of ₹500 (which shall be recovered by the power distribution companies/power departments in 10 instalments along with electricity bills), it expects the poor to pay the bills without providing any subsidy to ease their burden. Even to the best of their abilities the poor would often not be in a position to pay regular electricity bills, which in turn could result in disconnection. The government has conveniently overlooked the fact that for the poor in some States, the inability to pay an electricity bill is a big impediment. This new scheme is just a way of refurbishing the Deen Dayal Upadhyaya Gram Jyoti Yojana (DDUGJY), the earlier scheme of rural electrification launched in July 2015, which aimed to electrify all un-electrified villages by May 2018.

Definition and the gap

Under DDUGJY, the government managed to electrify 14,701 villages while 2,760 villages remain un-electrified; out of these, work is still in progress in a total of 2,611 villages. However, out of the 14,701 villages, only in 8%, i.e. 1,198 villages, do all households have connectivity. Even if we take into consideration the fact that so many villages have been “electrified”, the next point of contention is the definition used. According to the definition, a village is considered to be electrified if 10% households have an electricity connection and related basic infrastructure. Furthermore, even in these 10% of households, there is no promise of minimum hours of supply. The question we then need to ask is this: given that 90% of households may not have power supply and of those 10% with electricity not having a regular supply, can we still consider such a village to be electrified in a meaningful way? The objective of the Saubhagya scheme is to “provide energy access to all by last mile connectivity and electricity connections to all remaining un-electrified households in rural as well as urban areas to achieve universal household electrification in the country.” On the face of it, the scheme may only be able to plug the gaps and address the issues of entry barrier, last mile connectivity and release of connections, but it can guarantee neither regular electricity supply nor continuation of those connections in case of non-payment. A free electricity connection may provide some relief as far as the financial burden is concerned. However, expecting poor households to bear the recurring burden of bills as per the prevailing tariff of DISCOMs is unimaginable. Even if the programme is successful, hypothetically, and all households are provided a connection, there would still be the problem of regular supply. Industry estimates suggest that this scheme would potentially require an additional 28,000 MW and additional energy of about 80,000 million units per annum, which is roughly 7% of India’s current installed power capacity. There is a power shortage even at this moment leading to scheduled and unscheduled load shedding, often up to 10 hours or more. The problem is graver still in interior rural India. Considering the huge lapses as far as electricity availability is concerned, managing this additional demand would prove to be challenging. We should also not forget that the provision of providing one-two hours’ supply a day is not the same as provision of regular supply. In the past three years, we have seen a series of policies and promises urging us to ponder over the type of welfare politics India is witnessing. Symbolically, all such attempts have a lot of significance as far as the bid to secure popular support is concerned. However, there has been a lot of debate in the past over many of the government’s policies which it claims to be based on the primary goal of “ushering in development”. Nevertheless, it must be a cause of worry that the government has embraced the slogans of welfare politics without being able to deliver substantial and meaningful results. Irrespective of the poor track record as far as meaningful change is concerned, such policies have aided the government in building an image of being people-centric. Certainly, Saubhagya has some positives such as provision for households outside the reach of grid lines. However, our contention is that the policy has set a standard for itself without enough focus on its capacity to deliver results. The policy statement echoes the commitment to facilitate economic growth and social development, but we still need to ask whether this is another instance of messaging for an electoral purpose.

The Centre is clearly stepping up its bid to address concerns about the fledgling goods and services tax regime. In what is being seen as official recognition that drastic action is called for, Revenue Secretary Hasmukh Adhia conceded in an interview over the weekend that it is possible that differential treatment to some similar items may not necessarily be fair. The rates will be revised, he indicated, wherever small and medium businesses and the common man face ‘a big burden’. While GST has brought 27 lakh new registered entities into formal tax coverage in its first three months, just over half of those in the GST net are paying taxes and filing tax returns. September GST collections stood at ₹92,150 crore by Monday — compared to over ₹95,000 crore in July, its first month. Separately, Prime Minister Narendra Modi on Sunday sought to assure traders that anyone joining the GST net will not be harassed by taxmen seeking scrutiny of their past records. These latest statements of intent cap the overtures the Centre has made over the past three weeks to display its commitment to fix the flaws in the new tax regime, starting with the Prime Minister’s October 4 promise to address the woes of small businesses and exporters. With Mr. Adhia now saying that the GST regime will take a year to stabilise and the government signalling a major revamp in the coming days, we may still be some distance away from seeing the final shape of India’s one-nation, one-tax plan. The commitment to correct course is welcome. But the real question is the timing and sequencing of changes. At the last GST Council meeting, rates of over two dozen items were reset, taking such rate changes since July 1 to over 100 — while some procedural and compliance-related norms were eased. But many measures announced on October 6 haven’t been implemented swiftly enough — refunds to exporters, for instance, have been slow due to cumbersome norms for reconciling records. This should be a cue for the government to consider doing away with the stringent requirement for matching invoices in order to allow input tax credits, which is impeding the uptake of the new tax. On November 10, the Council is expected to take up more rate revisions, process simplification and the inclusion of real estate in the GST regime. Excessive tinkering with rates indicates that the initial levies were not thought through. While at one level, high or incongruent rate structures have driven small and medium enterprises to the wall, at another level, entire product categories are under threat of disappearing, such as eco-friendly hybrid cars. Lastly, given the amount of damage control the government has embarked on, in comparison with its spirited defence of the preparedness for a July 1 roll-out, there needs to be some real introspection about why those at the top were led to believe all GST systems were ready to fire.

Example: Legislation to ensure equal opportunities for all.

Meaning: Conceived on a very grand or ambitious scale.

Meaning: Renovate and redecorate (something, especially a building).

Example: The premises have been completely refurbished in our corporate style.

Example: The captured territory was the main area of contention between the two countries.

Meaning: Mention (a product, event, or establishment) publicly in order to promote it.

Example: During the show he plugged his new record.

Example: When the symptoms recurred, the doctor diagnosed something different.

Meaning: A tax or duty to be paid on a particular class of imports or exports.

Example: The reduction of trade barriers and import tariffs.

Meaning: Action to reduce the load on something, especially the interruption of an electricity supply to avoid excessive load on the generating plant.

Meaning: Giving cause for alarm; serious.

Example: A matter of grave concern.

Meaning: An offer of a price, especially at an auction.

Example: At the fur tables, several buyers make bids for the pelts.

Meaning: Show or guide (someone) somewhere.

Example: A waiter ushered me to a table.

Meaning: Of considerable importance, size, or worth.

Example: A substantial amount of cash.

Meaning: An increase in the amount, speed, or intensity of something.

Example: The recent stepping-up of the campaign.

Meaning: A person or organization that is immature, inexperienced, or underdeveloped.

Example: Ideological opponents of the regime.

Meaning: Likely to have a strong or far-reaching effect; radical and extreme.

Example: I had to concede that I’d overreacted.

Example: He sought help from the police.

Example: If someone is being harassed at work because of their sexuality they should contact the police.

Example: With alarm she realized his intent.

Meaning: A mistake or shortcoming in a plan, theory, etc. which causes it to fail or reduces its effectiveness.

Example: There were fundamental flaws in the case for reforming local government.

Example: An attempt to revamp the museum’s image.

Example: She got up and walked swiftly to the door.

Example:  The king and the archbishop were publicly reconciled.

Meaning: (Of regulations, requirements, or conditions) strict, precise, and exacting.

Meaning: A list of things provided or work done together with their cost, for payment at a later time.

Example: Invoices must be submitted by the 24th of every month.

Meaning: Delay or prevent (someone or something) by obstructing them; hinder.

Example: The sap causes swelling which can impede breathing.

Meaning: The action or state of including or of being included within a group or structure.

Example: They have been selected for inclusion in the scheme.

Example: He spent hours tinkering with the car.

Meaning: An act of levying a tax, fee, or fine.

Example: Police forces receive 49 per cent of their funding via a levy on the rates.

Meaning: Not suitable or not fitting well with something else.

Example: Violence is incongruent with our values and legal system.

Meaning: A person or thing likely to cause damage or danger.

Meaning: The examination or observation of one’s own mental and emotional processes. 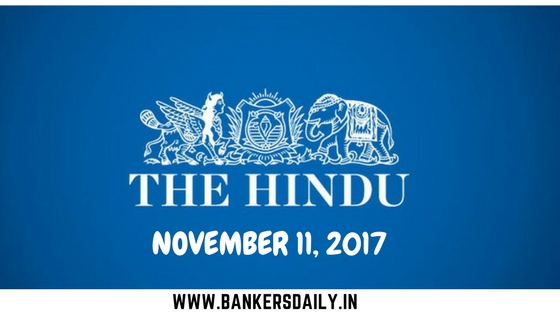 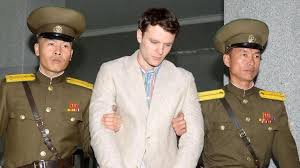 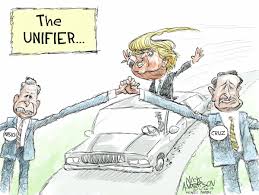