The case of Akhila/Hadiya is becoming curiouser by the day. Entrusted with adjudicating whether her conversion to Islam and marriage to a Muslim man were voluntary acts, the Supreme Court has embarked on a roving inquiry into whether Hindu women in parts of Kerala are being radicalised. Inexplicably, the court has sought inputs from the National Investigation Agency (NIA), tasked with tackling terrorism, to probe the circumstances of the 24-year-old’s conversion and marriage even before it heard her out. The question before the court was the correctness of the Kerala High Court’s decision to annul her marriage. The Supreme Court’s reasoning for its position that it needs the inputs of all stakeholders before it speaks to the woman concerned is hard to comprehend. Of what use would these inputs be if she maintains that she chose to convert and marry voluntarily? The High Court did not question her conversion to Islam, only suspecting the veracity of her sudden claim that she was married to a Muslim. This happened in the course of hearings on a plea by her father complaining that she was under the influence of radical groups. The High Court held that the purported marriage was only a ruse to scuttle the proceedings and annulled the marriage as a “sham”. In the process, it made the odd observations that a woman’s marriage requires the involvement of her parents and that even if she had attained the age of majority, she was still at a “vulnerable age”. The Supreme Court has nominated a retired judge to supervise the NIA probe, the object of which is presumably to safeguard its independence and credibility. But the inquiry itself has come about because of a submission made by the NIA that there is a pattern to such incidents in Kerala. It is possible to make out a case for a police investigation into the suspicious activities of radical groups in the State. But the mere suspicion that they are working in an organised way to convert people is not sufficient to conclude that they are involved in recruiting them for overseas terror operations for groups such as the Islamic State. The woman’s father maintains that she is under the spell and influence of radical activists who, he says, would transport her abroad to destinations such as Syria. These and related apprehensions are subjects that should be addressed by the police and intelligence agencies rather than by a process that involves subjecting the woman to live in a manner not chosen by her. It is unfortunate that the plea that she was living under custody in her parental home despite being a major failed to cut any ice before the two-judge bench. In refusing to entertain the plea, the Supreme Court has lent the unfortunate impression that it has placed a judicial curtailment on her volition. Rather than doing this, it should have striven to find a way to protect her freedom of religion and movement.

Flipkart’s announcement that SoftBank Vision Fund, a private equity fund backed by Japanese billionaire Masayoshi Son, would take a stake in the company has energised India’s e-commerce space. The investment is widely reported to be about $2.5 billion, and the deal would leave Flipkart with a war chest of $4 billion in cash to sustain its operations. The move is seen as the Japanese billionaire’s response to the increasing domination of India’s e-commerce space by the American giant Amazon. Amazon chief Jeff Bezos claimed in April this year that his company had become India’s fastest-growing e-commerce company. He also said that Amazon plans to increase its investment in India. A number of private data sources have confirmed since then that Amazon, since its launch in India in 2013, has either matched or surpassed Flipkart’s performance on various counts. On the other hand, it is well-known that Mr. Son’s initial investment in Snapdeal, an Indian e-commerce venture, was far from successful. In fact, in May this year, SoftBank recognised losses of over $1.4 billion on its investments in Snapdeal and Ola. Mr. Son’s attempts to merge Snapdeal with Flipkart to create a larger rival to take on Amazon also failed to materialise last month. Yet the allure of the Indian e-commerce market is hard to resist. E-commerce is projected to grow at a rapid pace given the large potential in a country where people predominantly shop at traditional bricks-and-mortar retail stores. The strength of Mr. Son’s investment pursuits has been doubted for long. But he has also picked superwinners such as Alibaba that have more than compensated for his losses. For now his investments in the Indian startup space have failed to take off, but he may still be counting on India to deliver his next big superwinner. With Mr. Son’s financial backing Flipkart will be looking to regain the ground it has lost to Amazon. Mr. Bezos, on the other hand, will be keen not to lose out to a rejuvenated Flipkart the way he lost the Chinese market to Alibaba. Meanwhile, other Amazon rivals too have entered the e-commerce fray in India. Microsoft, Tencent and eBay have also invested in Flipkart this year. Alibaba has invested in Paytm, the Indian payments company that also offers shopping services. Going forward, more e-commerce companies in India might evolve into similar payments-cum-shopping platforms. Such a strategy would be similar to the buy-andpay model at the foundation of Alibaba’s rise in China. Notably, Tencent, Alibaba’s rival in China, has even come up with a chat App (WeChat) that lets users shop and pay. Amazon seems prepared for the challenge with the launch of its own wallet service in India. But regardless of who wins this battle, the Indian consumer looks set to be wooed by more competitive prices.

Meaning: Assign the responsibility for doing something to (someone).

Example: I’ve been entrusted with the task of getting him safely back.

Example: The Committee adjudicates on all betting disputes.

Meaning: Begin (a course of action)

Example: She embarked on a new career.

Meaning: Travel for one’s work, having no fixed base.

Example: He trained as a roving reporter.

Meaning: Cause (someone) to adopt radical positions on political or social issues.

Example: Some of those involved had been radicalized by the Vietnam War.

Meaning: In a way that cannot be explained or accounted for.

Meaning: A thorough investigation into a crime or other matter.

Example: The elections were annulled by the general amid renewed protests.

Meaning: an independent party with whom each of those who make a wager deposits the money or counters wagered.

Example: We will continue to engage with all stakeholders on issues and concerns they may have.

Meaning: Include, comprise, or encompass.

Example: Officials expressed doubts concerning the veracity of the story.

Meaning: A request made in an urgent and emotional manner.

Example: He made a dramatic plea for disarmament.

Meaning: Advocating or based on thorough or complete political or social change; representing or supporting an extreme or progressive section of a political party.

Example: The purported marriage was void.

Meaning: An action intended to deceive someone; a trick.

Example: Emma tried to think of a ruse to get Paul out of the house.

Example: A mouse scuttled across the floor.

Meaning: A thing that is not what it is purported to be.

Example: Our current free health service is a sham.

Example: The government’s loss of credibility.

Meaning: Anxious or fearful that something bad or unpleasant will happen.

Meaning: The action or fact of reducing or restricting something.

Example: The curtailment of human rights.

Example: Without conscious volition she backed into her office.

Meaning: Make great efforts to achieve or obtain something.

Example: People were energized by his ideas

Meaning: Combine or cause to combine to form a single entity.

Example: The merchant bank merged with another broker.

Example: He has no serious rival for the job.

Example: The forecast rate of increase did not materialize.

Example: Will sponsors really be allured by such opportunities?

Meaning: A single step taken when walking or running.

Example: Kirov stepped back a pace.

Meaning: Make (someone or something) look or feel better, younger, or more vital.

Example: A bid to rejuvenate the town centre.

Meaning: (of a person’s nerves or temper) show the effects of strain.

Meaning: Seek the favour, support, or custom of.

Example: Pop stars are being wooed by film companies eager to sign them up.

Synonym: Seek the support of, Seek the favour of 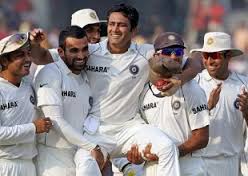