Looking for balance in power

A month after India was part of the ‘Quad’ discussion on the sidelines of the East Asia Summit in Manila involving Japan, Australia and the U.S., New Delhi hosted foreign ministers of Russia and China this week. The Russia-India-China trilateral held its 15th meeting in what can be construed as New Delhi’s attempt to get a semblance of balance in its ties with Moscow and Beijing.

The broader discussions, according to a joint communique of the 15th meeting, “took place in the backdrop of the political scenario in West Asia and North Africa, numerous challenges in putting the world economy back on the growth track, concerns relating to terrorism, transnational organised crime, illicit drug trafficking, food security, and climate change.” But what was perhaps interesting was Russia and China’s continued attempts to frame global and regional politics through a similar lens, and the growing divergences between India and them. Russian Foreign Minister Sergei Lavrov made it clear that he believes that India can benefit by joining China’s Belt and Road Initiative. “I know India has problems, we discussed it today, with the concept of One Belt, One Road, but the specific problem in this regard should not make everything else conditional to resolving political issues,” Mr. Lavrov said. Targeting India’s participation in the ‘Quad’, he also underlined that a sustainable security architecture cannot be achieved in the Asia-Pacific region with “closed bloc arrangements.” Chinese foreign minister Wang Yi also cautioned against “spheres of influence” and “cliques” by arguing that China opposed “hegemony and power politics and disagree with the sphere of influence and cliques and promote the democratisation of international relations.” China, meanwhile, continued to take an aggressive posture on Doklam and its aftermath. Mr. Wang said in a speech before his Delhi visit: “We have handled the issue of cross-border incursions by the Indian border troops into China’s Donglang (Doklam) area through diplomatic measures.” Though he suggested that “China and India have far greater shared strategic interests than differences, and far greater needs for cooperation than partial friction,” he maintained that “through diplomatic means, the Indian side withdrew its equipment and personnel which reflected the value and importance of China-India relations and demonstrated sincerity and responsibility of maintaining regional peace and stability.”

Tension in the air

The tensions in the trilateral framework are inevitable given the changes in the global geopolitical environment. The original conception of this framework was a response to a very different global environment. The proposal for a Moscow-Beijing-Delhi ‘strategic triangle’ had originally come from former Russian Prime Minister Yevgeny Primakov during his visit to India in 1998, when he argued that such an arrangement would represent a force for greater regional and international stability. This did not elicit as enthusiastic a response from China and India as Russia had perhaps hoped for. Thereafter, the three countries continued to focus on improving the nature of their bilateral relationships, maintaining a safe distance from the Primakov proposal. But, this idea of a ‘strategic triangle’ took a tangible form when former Foreign Ministers of Russia, China, and India — Igor Ivanov, Tang Jiaxuan and Yashwant Sinha — met on the margins of the UN General Assembly in New York in September 2002. Despite the fact that nothing concrete emerged out of that meeting, it represented the first major attempt by the three nations to deliberate on world affairs, and since then has become a regular feature of interactions among the three states. The three nations had very different expectations from this trilateral. Russia’s role was key as its loss of power and influence on the world scene was a major cause of concern for its leadership. There was a growing and pervasive feeling in Russia that it surrendered its once-powerful position on the world stage for a position of little international influence and respect. It is against this backdrop that Russia tried to establish itself as the hub of two bilateral security partnerships that could be used to counteract U.S. power and influence in areas of mutual concern. While Russia witnessed a downward slide in its status as a superpower since the end of the Cold War, China emerged as a rising power that saw the U.S. as the greatest obstacle, if it was to achieve a pre-eminent position in the global political hierarchy. As a consequence, China recognised the importance of cooperating with Russia to check U.S. expansionism in the world, even if only for the short term. In fact, American policies towards Russia and China moved the two states closer to each other, leading to the formation of a new balance of power against the U.S.

India, on the other hand, had different considerations, as it was still far from becoming a global power of any reckoning. India saw in the trilateral a mechanism to bring greater balance in the global order as it believed that a unipolar U.S.-dominated world was not in the best interests of weaker states like itself, even as strategic convergence deepened between Washington and Delhi. Moreover, all three countries realised the enormous potential in the economic, political, military and cultural realms if bilateral relationships among them were adequately strengthened. As a consequence, the trilateral did not lead to consequences of any great import. It merely resulted in declarations which were often critical of the West, and of the U.S. in particular. Yet this was also a period which saw significant shifts in Indo-U.S. ties as bilateral relations expanded while Russian and Chinese links with the U.S. have witnessed a downward shift. The joint declaration of the recent trilateral meeting said: “Those committing, organising, inciting or supporting terrorist acts” must be held accountable and brought to justice under international law, including the principle of “extradite or prosecute.” It stopped short of naming Pakistan-based terror groups such as Lashkar-e-Taiba and Jaish-e-Mohammed, something that India would have liked in line with the most recent BRICS declaration. An arrangement that had started with an attempt to manage American unipolarity is now being affected fundamentally by Chinese resurgence. Both Russia and India are having to deal with the externalities being generated by China’s rise. While Russia is getting closer to China, India is trying to leverage its partnership with other like-minded states in the wider Indo-Pacific region. As a multipolar world order takes shape, India will have to engage with multiple partners so as to limit bilateral divergences. The Russia-India-China template comes with its own set of challenges. China’s Global Times, commenting on the recent trilateral, suggested that “the leaders of the three only meet with each other on international occasions,” adding, “this indicates it does not have high status in diplomacy and cannot bear more functions.” While this may be true, New Delhi’s continued engagement with the duo suggests that India is today confident of setting its own agenda in various platforms. Just as China engages with the U.S. on the one hand and with Russia on the other, a rising India is quite capable of managing its ties with Washington, Beijing and Moscow simultaneously. It will not always be easy, but in an age when the certitudes of the past are fast vanishing, diplomacy will have to tread a complex path.

Meaning: A place or organization that provides the space and other necessary things for a special event.

Example: Japan is playing host to the next international conference.

Meaning: Interpret (a word or action) in a particular way.

Example:  “His words could hardly be construed as an apology”

Example: “She tried to force her thoughts back into some semblance of order”

Meaning: Deal or trade in something illegal.

Example:”The government will vigorously pursue individuals who traffic in drugs”

Example:  “A fundamental divergence of attitude”

Meaning: Warn or advise against (doing something).

Meaning: A small close-knit group of people who do not readily allow others to join them.

Example: “His flat became a haven for a clique of young men of similar tastes”

Example:  “Germany was united under Prussian hegemony after 1871”

Meaning: The introduction of a democratic system or democratic principles.

Example: “He has funded efforts to promote democratization in Europe”

Example: “Food prices soared in the aftermath of the drought”

Meaning: An invasion or attack, especially a sudden or brief one.

synonyms:  Attack on, assault on

Meaning: Conflict or animosity caused by a clash of wills, temperaments, or opinions.

Example:  “A considerable amount of friction between father and son”

Meaning: Evoke or draw out (a reaction, answer, or fact) from someone.

Example: “I tried to elicit a smile from Joanna”

Meaning: Having or showing intense and eager enjoyment, interest, or approval.

Example: “He could be wildly enthusiastic about a project”

Example: “The emphasis is now on tangible results”

Meaning: Recover from or survive a difficult situation.

Example: “The economy has started to emerge from recession”

Meaning: (Especially of an unwelcome influence or physical effect) spreading widely throughout an area or a group of people.

Example: “Ageism is pervasive and entrenched in our society”

Meaning: The effective centre of an activity, region, or network.

Example: “The city has always been the financial hub of the country”

Meaning: Act against (something) in order to reduce its force or neutralize it.

Example: “Should we deliberately intervene in the climate system to counteract global warming?”

Meaning: Make (someone) anxious or worried.

Example: “The roof of the barn concerns me because eventually it will fall in”

Meaning: A system in which members of an organization or society are ranked according to relative status or authority.

Example: “The initiative was with those lower down in the hierarchy”

Meaning: The action or process of calculating or estimating something.

Example: “The sixth, or by another reckoning eleventh, Earl of Mar”

Meaning: Encourage or stir up (violent or unlawful behaviour).

Example: “They conspired to incite riots”

Meaning: Hand over (a person accused or convicted of a crime) to the jurisdiction of the foreign state in which the crime was committed.

Example: “Brazil refused to extradite him to Britain”

Meaning: Institute legal proceedings in respect of (a claim or offence).

Example: “The state’s attorney’s office seemed to decide that this was a case worth prosecuting”

Meaning: An increase or revival after a period of little activity, popularity, or occurrence.

Example: “A resurgence of interest in religion”

Example:  “The right wing had lost much of its political leverage in the Assembly”

Example: “The plant was to serve as the template for change throughout the company”

Meaning: A pair of people or things, especially in music or entertainment.

Example: “He vowed to put jobs at the top of his agenda”

Meaning: Absolute certainty or conviction that something is the case.

Example: “The question may never be answered with certitude” 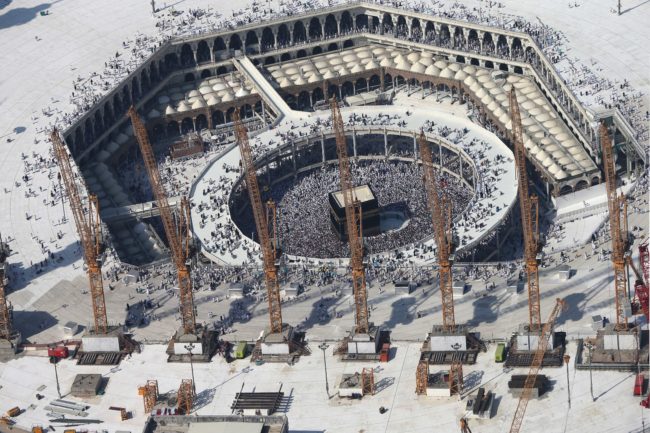 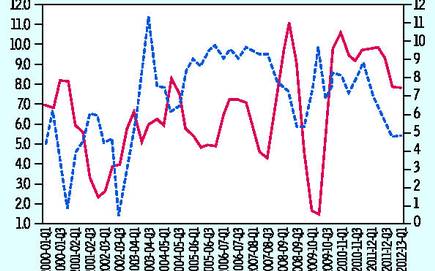