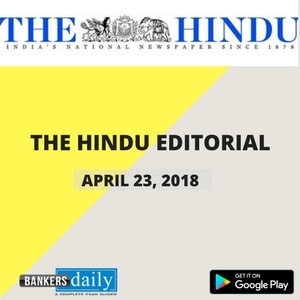 a) Unprecedented crisis: on independence of the judiciary

These are extraordinary times for the judiciary. From signs of a confrontation with the executive over judicial appointments to an unpleasant rift among Supreme Court judges, it has seen much turmoil recently. The process initiated by major Opposition parties to impeach the Chief Justice of India is an unprecedented crisis. The motion, details of which cannot be revealed under Rajya Sabha rules until it is admitted, draws its substance and arguments mainly from the points raised by the four senior-most judges, whose dissent brought simmering differences to the fore. Their main charge, that CJI Dipak Misra selectively assigns cases to Benches of his choice, had some dark ramifications, including insinuations about the way he dealt with a petition by a medical college on the judicial and administrative side, and a case of suspected judicial bribery. The CJI has stuck to his position that as ‘master of the roster’ he has the prerogative to allot cases. Are the senior judges who question this entirely wrong? While putting in place the collegium system for judicial appointments, the Supreme Court said “consultation with the Chief Justice” meant “consultation with a plurality of judges”. The argument that the power to allot cases should be exercised by the Chief Justice in consultation with senior judges may have some substance from this point of view. The counter-argument is that a principle evolved for appointments can’t be stretched to cover routine functions such as constituting Benches. But this still raises the question: could the CJI have better addressed his colleagues’ concerns and put in place an informal consultative system, so the damage the institution has suffered could have been avoided? The movers of the motion do not have the numbers to get it passed. And it is wholly within the power of Vice-President and Rajya Sabha Chairman M. Venkaiah Naidu to decide whether to admit it. Against this backdrop, the impeachment attempt led by the Congress may be perceived in some quarters as no more than a political move to highlight its claim that key democratic institutions are in danger under the present regime. To the people at large, the real question is whether it is the internal rift or the executive’s attempt to keep it under its thumb that poses the greater danger to the judiciary. The Rajya Sabha Chairman will have to weigh one question before admitting the motion: what will cause greater damage to the institution, pursuing the process or rejecting it outright? Some may say any inquiry into the CJI’s conduct will imperil judicial independence, and others may argue that ignoring the allegations will be more dangerous. The Constitution advisedly envisages the impeachment of superior court judges as a rigorous political process driven by Parliament. It has in-built safeguards such as an inquiry by a panel of judges, and a two-thirds majority in both Housses. The intention is to provide for both accountability and independence of the judiciary. Neither of these objectives can be dispensed in favour of the other.

The Commonwealth Heads of Government Meeting (CHOGM) held in London came with hopes of a “re-energised Commonwealth”. To begin with, the summit was being held in the U.K., the founder of the grouping of mostly former British colonies, after 32 years. Besides, Queen Elizabeth II, the head of CHOGM, attended the summit, which she has done infrequently in the last few years owing to her health. She opened her homes in Buckingham Palace and Windsor Castle for the event, in what was called a “charm offensive” by the hosts, who were looking to revive the 53-nation grouping as Commonwealth 2.0, amidst Britain’s rocky exit from the EU. In India too, the summit was seen to be a promising place to play a leadership role, and Prince Charles’s visit to Delhi to invite Prime Minister Narendra Modi bolstered that belief. Mr. Modi was the first Indian Prime Minister to attend CHOGM in a decade, after Manmohan Singh skipped the summits in Australia (2011) and Sri Lanka (2013) over bilateral differences, and Mr. Modi skipped the summit in Malta (2015) out of indifference. So it was widely expected that India would step up to a bigger role, and help chart a future course for the Commonwealth. Given the expectations, the outcome of the meet was underwhelming. It was announced Prince Charles would ‘succeed’ his mother as the head of the Commonwealth, ignoring calls for the position to be more democratically shared or rotated. There were substantive statements on the Blue Charter on Ocean Governance and on the Commonwealth Connectivity Agenda for Trade and Investment, which could together counter China’s Belt and Road Initiative. But there was little by way of a road map to achieve the goals. Prime Minister Theresa May apologised for her Home Office’s threat to deport thousands of immigrants brought as manual labour in the 1940s on the ship Empire Windrush from the Caribbean, but failed to convince most members of the Commonwealth that Britain would reverse its policies on immigration. The U.K.’s hard line on Indian “illegals”, which prevented the signing of a bilateral agreement on immigrant “returns” between Mr. Modi and Ms. May, too indicates that post-Brexit London is likely to welcome trade in goods from the Commonwealth, not services. The Commonwealth remains a great platform for development aid, democratic values and educational opportunities, but its relevance is unlikely to increase unless it adopts a more egalitarian and inclusive attitude to its next generation of Commonwealth citizens, to partake in a prosperity their forefathers built.

Example: “the country was in turmoil”

Meaning: Charge (the holder of a public office) with misconduct.

Meaning: Something that is simmering is controlled but may burst out at any time, often violently.

Example: The simmering controversy now appears to be coming to an end.

Meaning: To public attention or into a noticeable position.

Example: The prime minister has deliberately brought to the fore those ministers with a more caring image.

Meaning: A complex or unwelcome consequence of an action or event.

Example: “any change is bound to have legal ramifications”

Meaning: The giving or offering of a bribe.

Example: “his opponent had been guilty of bribery and corruption”

Meaning: A special advantage that allows some people the freedom to do or have something that is not possible or allowed for everyone.

Example: It’s the president’s prerogative to nominate judges who share his political philosophy.

Meaning: An organization for people who have similar interests or who do similar work.

Meaning: Use or apply (a faculty, right, or process).

Example: “control is exercised by the Board”

Meaning: An argument or set of reasons put forward to oppose an idea or theory developed in another argument.

Example: “the obvious counterargument to that dire prediction is that the recession has depressed earnings”

Meaning: Extend or spread over an area or period of time.

Example: “the beach stretches for over four miles”

Meaning: A charge of misconduct made against the holder of a public office.

Example: “the president is facing impeachment over the scandal”

Meaning: Continue to investigate or explore (an idea or argument).

Example: “we shall not pursue the matter any further”

Meaning: Put at risk of being harmed, injured, or destroyed.

Example: “they advised against tax increases for fear of imperiling the recovery”

Example: “he made allegations of corruption against the administration”

Meaning: (of a rule, system, etc.) strictly applied or adhered to.

Meaning: Give special exemption from (a law or rule).

Example: “the Secretary of State was empowered to dispense with the nationality requirement in individual cases”

Meaning: A group of people of one nationality or race living in a foreign place.

Meaning: An attractive or alluring characteristic or feature.

Example: “the hidden charms of the city”

Example: “she was beginning to revive from her faint”

Meaning: Fail to impress or make a positive impact on (someone); disappoint.

Example: “American voters seem underwhelmed by the choices for president”

Example: Substantive research on the subject needs to be carried out.

Meaning: Exchange (the position or function) of two people or things.

Meaning: Join in (an activity).

Example: “visitors can partake in golfing or clay pigeon shooting”

Meaning: The state of being prosperous.

Example: “a long period of peace and prosperity”

Meaning: A member of the past generations of one’s family or people; an ancestor.

Example: “the duchy which her forefathers had ruled since the tenth century” 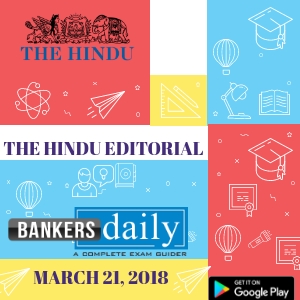