This year marks the fiftieth anniversary of the defining general election of 1967. And it marks, too, the fiftieth anniversary of the ascent of the Dravida movement to power in Madras State. Two men, above all others, are the twin heroes of the second anniversary. For his spectacular triumph, C.N. Annadurai of the Dravida Munnetra Kazhagam (DMK). For his stunning defeat, K. Kamaraj of the Indian National Congress. If 58-year-old CNA left his impress on 1967 by the grace with which he took his victory, 64-yearold Kamaraj did the same by the dignity with which he accepted his vanquishing. CNA and Kamaraj were very different individuals but they shared this in common: both had a presence, they did not seek predominance. Both had strength, neither derived it from oice. In 1967, one came into power without beating any drums, the other left it without beating his chest.

On a common plinth

This year is therefore the golden anniversary of a momentous victory and of a memorable defeat. And, its ‘beauty’ lies in this that, 50 years on, neither CNA nor Kamaraj look like adversaries. In fact, they stand on a common plinth: integrity of purpose, steadfastness of belief, a commitment to their causes as distinct from personal glory. There was a third ‘major’ to the 1967 scene. C. Rajagopalachari was 89 that year, his Swatantra Party was eight. And despite that chronological oddity, the new party did remarkably well in those elections together with its regional ally, the DMK. Ending Congress Raj, one party, one-leader Raj and Licence Permit-Quota Raj at the centre was CR’s goal, ending Congress Raj and installing a Kazhaga government in Madras was that of CNA. Swatantra could not end Congress Raj at the Centre, though it certainly shook it. The DMK ended Congress Raj in the State and took the Dravida ideology, in 1967, from aspiration mode to action mode. In what was seen as a ‘second independence’ for Tamil India, Periyar E.V. Ramasamy, the movement’s founding spirit, saw the beginning of a long-cherished fulfilment. As Gandhi and Nehru populated the nationalist imagination, Periyar and Anna actuated the Dravidian. As Phule and Ambedkar ignited the propulsion for a casteless order nationally, Periyar and Anna quickened a vital Tamil tide towards it. What, in this anniversary year, do we commemorate? We commemorate the fact of that change as a major event in itself. With the DMK’s win, one party-ism ended in the State, one political culturism ended. Political hubris lay defeated in Madras in 1967. As CNA took the oath of office administered by the State’s then Governor, Sardar Ujjal Singh (see picture), democratic alternation, democratic variation, came into its own in the Madras of 1967. We commemorate that.

All that we celebrate

And what do we, this anniversary year, celebrate? We celebrate the fact that with its assumption of office in 1967 the Dravida movement turned away, irreversibly, from its original demand of an independent Dravidastan. After 1967, CNA and his DMK were separatists no more; they were ‘former separatists’, participants in a republican citizenship. We celebrate that. But beyond commemorating, celebrating, we need to ask where the Dravidian movement stands today. We need to ask, risking a Words worthian cliché: Whither has led Periyar’s visionary gleam, where is it now CNA’s glorious dream? The Dravidian ideology that CNA had inherited from Periyar and which he adapted in 1967 saw the Government of India — the Centre — as central, not supreme. More specifically, it envisaged the following among other goals: the formation and empowerment of an Inter State Council as a token of its respecting of variations in the political choices of States. The movement was not meant to be confined to the political see-saw in Tamil Nadu. And had CNA lived into the 1980s, the Dravidian movement’s tenets would, I believe, have found national application. His death in 1969 followed by the split in his party in 1972 was a tragedy for the Dravidian movement, a deprivation for the State and a long-term enervation for the country. The coiling up of the movement into a series of internal power struggles, turning into schismatic power tussles and then breaking up into self-atomising power squabbles is a matter for lamentation, no less. Likewise, had Kamaraj lived into the 1980s and been at his party’s helm, he would have helped it to see that federalism is not just a Tamil need but a national one with, for instance, deep and deepening resonances in our Northeast and in Jammu and Kashmir. If the Dravidian movement has suffered a weakening, so has the Congress ethos of yore. The Congress has been bereft for as many years as Kamaraj has been gone. India in 2017 needs the 1967 opposition to one-party, one-leader raj, the 1967 dismissal of northcentrism, the 1967 espousal of federalism. It needs the 1967 example of a politics in which ideas, not egos, are at work. It needs the 1967 model of strategic alliances for secularism, for pluralism, for federalism. On the fiftieth anniversary of the 1967 election, we miss the verve of the one whom 1967 made victorious, we miss the veracity of the one whom 1967 vanquished. And yet we cannot, must not despair for the precocious State that is Tamil Nadu. In 1967, M. Karunanidhi, M.G. Ramachandran and Jayalalithaa were 43, 50 and 19, respectively. They did not know then that they would be called upon one day to lead the State. There are, unknown to us, such future leaders in our midst today. If they do not betray the Dravidian movement or Kamaraj’s legacy, they will be true legatees.

For the immediate future, irrespective of whether they belong to the DMK, the AIADMK or the Congress, and irrespective of their parties’ antagonisms in the State legislature, Tamil Nadu’s MPs must work in concert in Parliament on matters affecting the interest of religious, linguistic and other minorities, which will be a classically Dravidian ‘thing’ to do. They must oppose, vigorously and uncompromisingly, communal divisiveness and religious intolerance as one bloc which, again, would be very Valluvaresque, Periyar-like and very characteristically a CNA position to adopt. And — a new thought — they must work on and propose a plan for the protection of endangered ecosystems including, particularly, sites in which vulnerable populations live, across the country, as a Dravidian perspective for helping the marginalised. The Dravidian movement cannot be allowed to become a chapter in history books. Not because that movement is hankering for a life beyond its natural span but because we, as a nation and a peoplehood, cannot afford to squander such a bequest.

Meaning: The act of climbing or moving upwards.

Example: She made her first successful ascent of Everest last year.

Meaning: The fact of starting to become successful.

Example: His ascent to power was rapid and unexpected.

Example: He scored a spectacular goal in the second half.

Example: All the ideas have a stunning simplicity.

Meaning: To defeat an enemy or opponent, especially in war.

Meaning: A situation in which one type of person or thing within a set is the largest in number.

Example: There is a predominance of people with an arts degree on the board of governors.

Meaning: A square block, especially of stone, on which a column or a statue stands.

Meaning: Staying the same for a long time and not changing quickly or unexpectedly.

Example: The group remained steadfast in its support for the new system, even when it was criticized in the newspapers.

Example: I’m not sure of the chronology of events.

Meaning: Someone or something that is strange and unusual.

Example: Even today a man who stays at home to take care of the children is regarded as something of an oddity.

Meaning: Something that you hope to achieve.

Meaning: A force that pushes something forward.

Meaning: When eyes gleam, they shine in a way that expresses a particular emotion.

Meaning: Making you feel weak and without energy.

Meaning: characterized by or favouring schism.

Meaning: Sadness and feeling sorry, or something that expresses these feelings.

Example: For all the lamentations that schools do not teach the game, it is still played in some areas.

Meaning: To become involved with or support an activity or opinion.

Example: Vegetarianism is one cause she does not espouse.

Meaning: Someone who receives money or property from a person who has died.

Example: She then transferred the freehold to her intended legatees.

Meaning: Hate, extreme unfriendliness, or active opposition to someone.

Example: There’s a history of antagonism between the two teams.

Example: There has been vigorous opposition to the proposals for a new road.

Meaning: To waste money or supplies, or to waste opportunities by not using them to your advantage.

Example: Ireland squandered several chances, including a penalty that cost them the game. 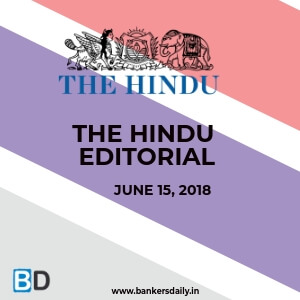 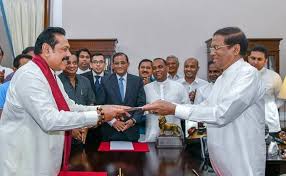 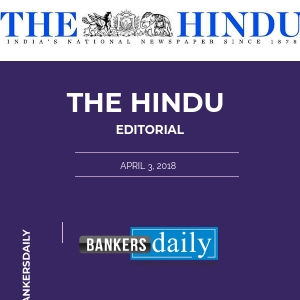