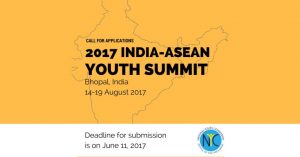 The exercise will mark the 25th anniversary of the ASEAN-India dialogue partnership in the ongoing year and also the commemorative year’s theme of “Shared Values, Common Destiny”. Madhya Pradesh has been chosen for this event as the Sanchi stupa here strengthens the state’s cultural affiliation with the ASEAN countries. 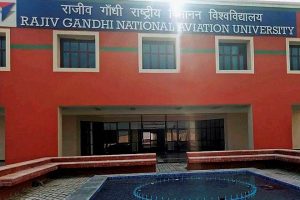 The country’s first aviation university at Fursatganj in Uttar Pradesh’s Rae Bareli district is all set for inauguration on August 18. The central university was planned as an autonomous body under the administrative control of the Ministry of Civil Aviation with an aim to facilitate and promote aviation studies, teaching, training and research. Air Vice Marshal (retired) Nalin Tandon has been appointed as the Vice Chancellor. The university is planning the launch of its flagship programme in 2018 at its campus in Fursatganj. 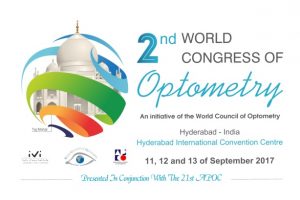 The world’s visually impaired will be the subject of some serious discussions at the upcoming 2nd World Congress of Optometry to be held in Hyderabad International Convention Centre during September 11-13. The Congress will not only highlight and raise awareness of issues, but will also further the important strides made in India to improve both access to vision care and reduce avoidable blindness.

The conference theme is ‘Accessible, quality vision and eye health’. It ties into WHO’s Universal eye health: A global action plan 2014-19, which aims to reduce the prevalence of avoidable visual impairment by 25 per cent by 2017. 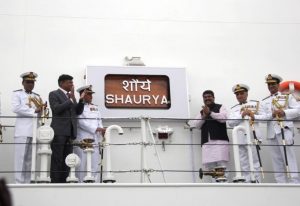 The Indian Coast Guard Ship ‘Shaurya’, an indigenously built offshore patrol vessel by Goa Shipyards, was commissioned at Panaji, in Goa. The commission was inaugurated by Union Minister Dharmendra Pradhan, who expressed his gratitude for being a part of this joyous moment.

This Goa Shipyard to initiate a pilot project to explore the use of compressed natural gas (CNG), liquefied natural gas (LNG) in ships like Shaurya and have talked to the GAIL to collaborate in the venture. Focussing mostly on creating Green Energy fuel, Pradhan said that this would also help to create Goa as a state for green fuel conversion. 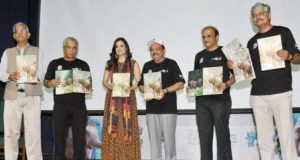 In a bid to raise awareness about the shrinking space for wild elephants in the country, a ‘Gaj Yatra’ campaign has been launched in Mumbai. The campaign was launched by Union Environment, Forest and Climate Change Minister, Dr. Harsh Vardhan with NGO Wildlife Trust of India (WTI) at the Siddhivinayak temple in Prabhadevi area.

Dr. Vardhan said that efforts for elephant conservation must bring about a qualitative improvement by the next World Elephant Day. The ‘gaj yatra’, partnered by the International Fund for Animal Welfare (IFAW).The campaign is planned to cover 12 elephant range states.

The UN World Health Organisation (WHO) said it had not recorded any case of polio disease in Somalia in the last three years, declaring the country polio free. The WHO said the country recorded the last case of polio in 2014 in the central part of the country but has since then remained free of the paralyzing disease. 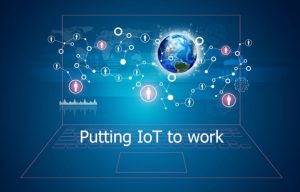 iBuild Innovations India, an organisation established to facilitate innovation and entrepreneurship through startup hubs spread across the country, is setting up an internet of things (IoT) incubation centre in Basar in collaboration with Rajiv Gandhi University of Knowledge Technologies (RGUKT). The centre will be operational next month. IoT is an inter-networking of physical devices, vehicles, buildings, and other objects embedded with electronics, software, sensors and network connectivity which enable these objects to collect and exchange data.

iBuild is also conducting “Power to India” workshops in Telangana, Andhra Pradesh and Uttar Pradesh to create awareness on entrepreneurship and advanced technologies among youth, especially from Tier-2, Tier-3 cities. 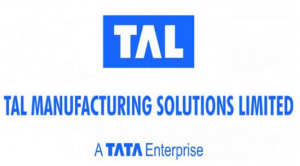 After the successful launch of the country’s first indigenously developed robot ‘BRABO’ in April 2017, TAL Manufacturing, a wholly-owned subsidiary of Tata Motors, has launched ‘Robo Whiz’, an education cell designed for universities and polytechnics. Robo Whiz will provide students hands-on experience and help develop skills needed for effective use and management of Robotics and Automation Technology. 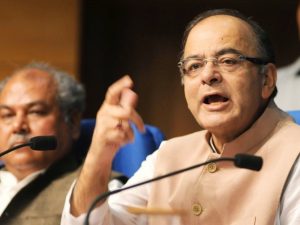 Finance Minister Arun Jaitley chaired a meeting to review the Foreign Direct Investment (FDI) policy in certain sectors. The meeting appears to be a follow-up of the meeting Prime Minister had called last month on FDI policy.

The meeting assumes significance as the government is considering to liberalise FDI policy in certain sectors such as single brand retail, multi brand retail and construction. Foreign direct investment in the country grew 9 per cent to $43.47 billion in 2016-17.

Over 9.3 crore PANs linked with Aadhaar: 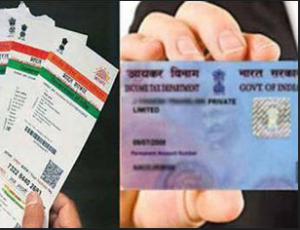 More than 9.3 crore Permanent Account Numbers (PAN) have been linked with Aadhaar, a senior Income Tax Department officer said. Of the total PAN-Aadhaar seeding, which is nearly 30 per cent of the total about 30 crore PAN holders, about three crore linkages were done in June and July.

By August 5, which was the last date for filing Income Tax Returns (ITRs), over 9.3 crore PAN-Aadhaar linkages have been registered by the I-T department. According to the officer, the tally is expected to grow as the Central Board of Direct Taxes (CBDT), the policy-making body of the department, has already extended the last date for linking the two unique numbers till August 31. 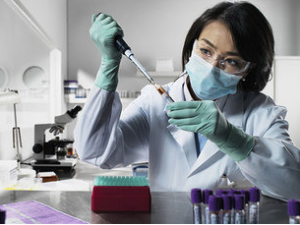 Stanford scientists have developed a low-cost and highly sensitive blood test that may quickly detect cancer growth and spread. The test called single colour digital PCR can detect genetic mutations in minute amounts of DNA released from cancer cells into the blood.

The highly sensitive test requires only a fraction of a tube of blood and can detect as few as three mutation-bearing molecules in a single reaction, researchers said. 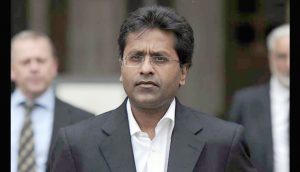 Lalit Modi resigned as President of the Nagaur District Association, marking an end to his presence in the Rajasthan Cricket body, which was banned by the BCCI for allowing the tainted administrator in its fold. The 50-year-old Modi, who left India after being charged with money laundering, sent is resignation to both the RCA as well as BCCI CEO Rahul Johri.

They started this initiative before the launch of State government’s Haritha Haram programme, and have been growing the saplings to increase greenery in the college premises. 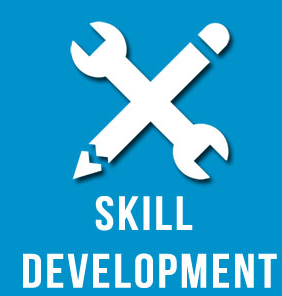 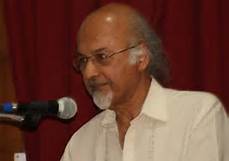 Veteran journalist T J S George has been chosen for the first Kesari Media Award, instituted by the Kesari Memorial Journalist Trust. The award comprises a purse of Rs 50,000, citation and a statuette designed by renowned artist Bhatathiri. 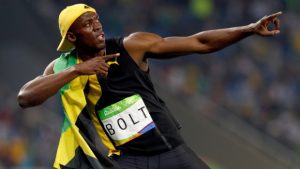 The greatest sprinter of modern times, Usain Bolt said good bye to the Athletics world. But the farewell ended in agony as he injured himself while running the last lap of the men’s 4x100m relay race in the World Athletics Championships in London.

Britain won the gold in 37.47 seconds while United States (38.01) and Japan took the silver and bronze respectively. 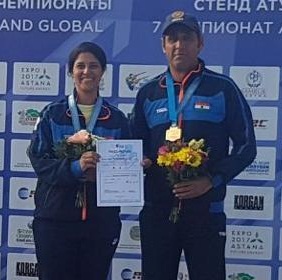 The Indian duo of Mairaj Ahmad Khan and Rashmmi Rathore eked out a narrow 28-27 win over the Chinese pair of Liu Jiangchi and Gao Jianmei. The host combination of Vladislav Mukhamediyev and Olga Panarina settled for the bronze.

India finished the championship with a total of eight medals. Ankur Mittal had earlier won a gold in the men’s double trap and had also helped India bag the team gold in the event. Kynan Chenai won a bronze in the men’s trap and also partnered Shreyasi Singh to claim the trap mixed team bronze.

Maheshwari Chauhan clinched a bronze in the women’s skeet, along with a team silver in the event before the men’s skeet team picked up another bronze. The results will serve as good encouragement for the upcoming Shotgun World Championships in Moscow, beginning August 30. 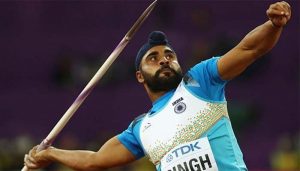 Davinder Singh Kang failed to make the final-round appearance count in the men’s javelin throw event in the World Athletics Championships in London. He finished a disappointing 12th as India continued their miserable show in the Championships. Kang, the first Indian to qualify for a world championship final round in javelin throw could only muster a best throw of 80.02m in his third attempt. 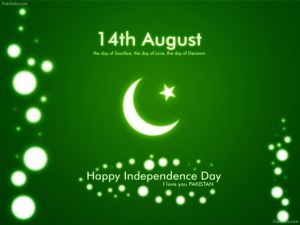 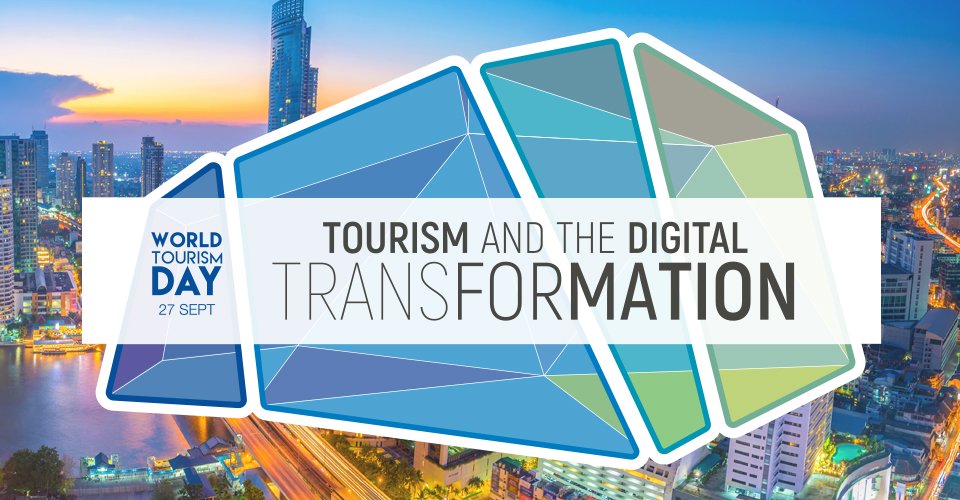 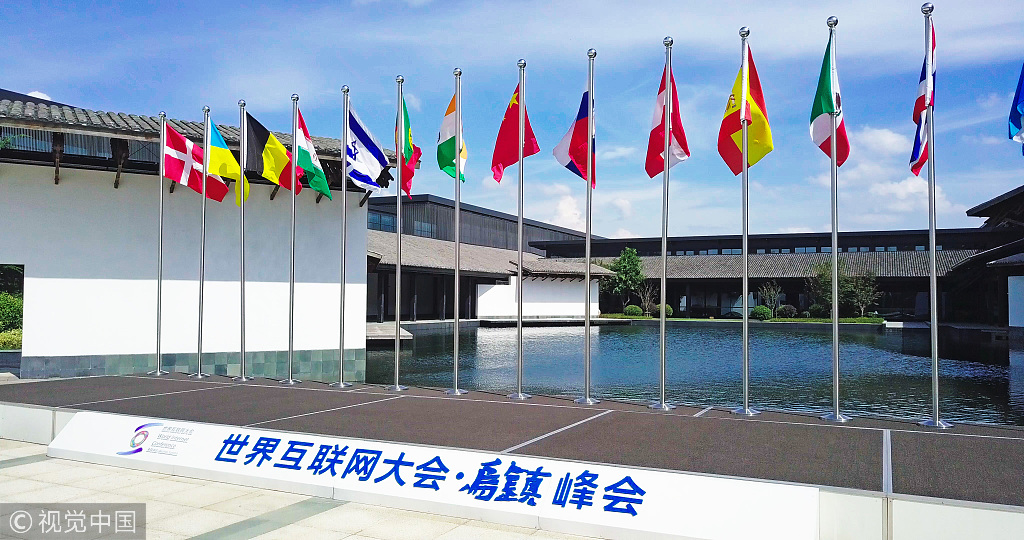