Vallabhbhai Patel (1875-1950), whose birth anniversary it is today, is sorely missed. He has been, ever since he died at the none-too-great an age of 75, in 1950. He was the keel that the boat of the freedom struggle needed so as never to tip over, the ballast that the ship of state required to stay steady, move safe. This is because he was, first and last, a patriot. A Congress patriot. And then, a man who knew India. The India which the Congress was seeking to define for itself, for India. What was that India? Let us have Gandhi answer the question. In 1931, the year that Patel, for the first time, became Congress president, Gandhi went as the Congress’s sole representative to the second Round Table Conference in London. He defined at that Conference, the nature of the party, and explained to that gathering how the Congress represented the entire country. He explained, in fact, their inextricable oneness.

Under a big tent

In Gandhi’s words: “In as much… as I represent the Indian National Congress, I must clearly set forth its position. In spite of appearances to the contrary, especially in England, the Congress claims to represent the whole nation and most decidedly the dumb millions among whom are included the numberless untouchables who are more suppressed than depressed, as also in a way the more unfortunate neglected classes known as backward races…” And again, at the Conference’s Minorities Committee: “…if you were to examine the register of the Congress, if you were to examine the records of the prisons of India, you would find that the Congress represented and represents on its register a very large number of Mohammedans. Several thousand Mohammedans went to jail last year under the banner of the Congress… The Congress has Indian Christians also on its register. I do not know that there is a single community which is not represented on the Congress on its register…even landlords and even mill-owners and millionaires are represented there…” Serving the nation through that party representing ‘the whole nation’ and its various communities, strengthening that party at its plural grassroots, shaping the resolutions and decisions of its Working Committee and helping it form ministries in eight of the 11 provinces in the elections of 1936-37, Patel then guided it as it took over the reins of the Government of India in 1947. Working for and through the Congress was the Alpha and Omega of Patel’s political career. That made him what he was, the ‘indomitable’ iron man of India. That also made the Congress, in very great part, what it was — an all-India organisation.

No Patel, no national Congress. No Congress, no Sardar Patel. Congress patriotism was his patriotism; Congress politics was his politics. No one, howsoever anxious to wrench his legacy off from that of the Congress, can dispute and much less deny that basic and incontrovertible fact. No one, howsoever desperate to annex his legacy to that of another body, cultural or political, like the Hindu Mahasabha or the Rashtriya Swayamsevak Sangh or the Bharatiya Janata Party, can succeed in staging so ridiculous a trapeze show. Sardar Patel was the Congress’s spine. The Congress was Sardar Patel’s life. Does that mean that the Sardar’s membership, leadership and stewardship of the Congress was free of tensions? Of course not, because he was human and his party was led and peopled by other humans, each with tempers and temperaments that were distinct. Despite Gandhi’s pre-eminent position in it and in the hearts of the people of India, the Congress was not a hegemonic party and its most charismatic leader, Jawaharlal Nehru, was, by instinct, self-training and practice, its most natural democrat. Nehru’s was a lunar luminosity in Gandhi’s Congress. Nehru’s glow could brighten and lessen, and on a moonless light plunge the party in inky gloom. Patel, with his seven great skills — resoluteness, clarity, direction, focus, loyalty, grounded-ness and guts — was the party’s saptarshi, its Ursa Major. The Congress not only accommodated personality and political variations, it regarded itself as their natural home. It was a place to which people belonged, not a place in which people assembled for a drill. Its sifat, to use a Persian word that stands for essence or ethos, was its diversity. And its Working Committee embodied that sifat. It had, Gandhi apart, Nehru the socialist and agnostic, Patel the conservative, C. Rajagopalachari the liberal, Rajendra Prasad the traditionalist, Abul Kalam Azad the scholar, J.B. Kripalani the scoffer. At different times it had Subhas Chandra Bose the nationalist, Sarojini Naidu the poet. Each Congressman and Congresswoman was himself or herself first, and then a soldier of the party. Each person was ‘rare’. Which is why, describing Acharya Narendra Deva in his obituary speech in Parliament, Nehru spoke of him being “…a man of rare distinction — distinction in many fields — rare in spirit, rare in mind and intellect, rare in integrity of mind and otherwise.” The Congress’s ranking leaders, as indeed its countless ‘file’, differed, debated, wrangled and even warred, but stayed true to the party’s sifat, because the party gave them that ‘play’, not as a policy but as an inherent personality trait, India’s trait. The mutual differences between Nehru and Patel are no secret. The Congress did not believe in secrecy. Their mutual trust was no secret. The Congress believed in trust. Their differences are not to be exaggerated. They are not to be minimised. They are to be contextualised. In the democratic spirit of that plural party. Sardar Patel led a party as its Ursa Major that was anything but a homogenising factory. It was as plural as it was because it saw itself in the words Gandhi used to describe its eclectic rolls in London in 1931.

Gandhi, who knew the meaning and action of political variegation, encouraged and succeeded in getting Nehru and Patel to work with coordination and cooperation if not coalescence. And for this, the realism of both leaders has to be thanked. Their realism, and their sense of ‘India first’. India first was part of their idea of India. And ‘India first’ was integral to their sense of patriotism, their Congress patriotism. Four days after Gandhi’s assassination, in a letter to his senior in politics, in the party and in age, Nehru wrote: “With Bapu’s death everything is changed… I have been greatly distressed by the persistence of whispers and rumours about you and me, magnifying out of all proportion any difference we may have.” Patel replied on May 5, 1948: “ I am deeply touched…We both have been lifelong comrades in a common cause. The paramount interests of our country and our mutual love and regard, transcending such differences of outlook and temperament as existed, have held us together.”The very previous day, addressing the Congress Party in the Constituent Assembly, Patel described Nehru as “my leader” and said: “I am one with the Prime Minister on all national issues. For over a quarter of a century, both of us sat at the feet of our master and struggled together for the freedom of India. It is unthinkable today, when the Mahatma is no more, that we should quarrel.” The Congress’s rank and file should ponder these observations of Nehru and Patel and rectify years of neglect, post-Nehru, of the Sardar’s legacy at the false altar of political cronyism. That neglect has lubricated the crassly opportunistic co-option of Patel by the Hindu Right which has no right, logical, political or moral, to that legacy. What the Congress squandered, Hindutva is shovelling in. The Congress’s unwitting de-option of Patel was an error, Hindutva’s calculated co-option of Patel is an execration. ‘India first’ believers should be aware of both.

Meaning: To a very high degree or level of intensity.

Example:  She would sorely miss his company.

Meaning: (Of a person or thing) fall over; collapse.

Example: A wardrobe was about to keel over on top of him.

Meaning: Impossible to disentangle or separate.

Example: The past and the present are inextricable.

Example: They stood dumb while the attacker poured out a stream of abuse.

Example: Casey grabbed the gun and wrenched it from my hand.

Example: My grandmother died and unexpectedly left me a small legacy.

Example: A territorial dispute between the two countries.

Meaning: State that one refuses to admit the truth or existence of.

Example: Both firms deny any responsibility for the tragedy.

Meaning: Add (territory) to one’s own territory by appropriation.

Example: The left bank of the Rhine was annexed by France in 1797.

Example: Performing tricks on the trapeze.

Meaning: The job of supervising or taking care of something, such as an organization or property.

Example: The funding and stewardship of the NHS.

Meaning: Fill or be present in (a place or domain).

Example: In her imagination the flat was suddenly peopled with ghosts.

Meaning: Improve the consistency or resiliency of (a substance) by heating it or adding particular substances to it.

Example: Hardboard tempered with oil or resin is more durable.

Meaning: The tendency to behave angrily or emotionally.

Example: He had begun to show signs of temperament.

Example: A car swerved to avoid a bus and plunged into a ravine.

Example: He strained his eyes peering into the gloom.

Example: A challenge to the ethos of the 1960s.

Meaning: Someone who does not know, or believes that it is impossible to know, if a god exists.

Example: Although he was raised a Catholic, he was an agnostic for most of his adult life.

Meaning: To laugh and speak about a person or idea in a way that shows that you think they are stupid or silly.

Example:  The critics scoffed at his paintings.

Example: The bureaucrats continue wrangling over the fine print.

Meaning: Engage in a war.

Example: Small states warred against each another.

Meaning: A distinguishing quality or characteristic, typically one belonging to a person.

Meaning: Represent (something) as being larger, better, or worse than it really is.

Example: She was apt to exaggerate any aches and pains.

Meaning: Place or study in context.

Meaning: The process of coming or growing together to form one thing or system.

Example: Cardiff’s persistence was rewarded with a try.

Meaning: (Among men) a colleague or a fellow member of an organization.

Example: The interests of the child are of paramount importance.

Meaning: Make forceful or violent efforts to get free of restraint or constriction.

Example: Before she could struggle, he lifted her up.

Meaning: Think about (something) carefully, especially before making a decision or reaching a conclusion.

Example: I pondered the question of what clothes to wear for the occasion.

Meaning: A table or flat-topped block used as the focus for a religious ritual, especially for making sacrifices or offerings to a deity.

Meaning: The appointment of friends and associates to positions of authority, without proper regard to their qualifications.

Example: It looked like an end to the cronyism with which many of the government’s appointments had been tainted.

Meaning: Stupid and without considering how other people might feel.

Example: A crass error of judgment.

Meaning: Waste (something, especially money or time) in a reckless and foolish manner.

Example: £100m of taxpayers’ money has been squandered on administering the tax.

Meaning: Move (coal, earth, snow, or similar) with a shovel.

Example: She shovelled coal on the fire.

Meaning: (Of a person) not aware of the full facts.

Meaning: An angry denouncement or curse.

Example:  A protester’s furious execration of the police might end up getting her arrested. 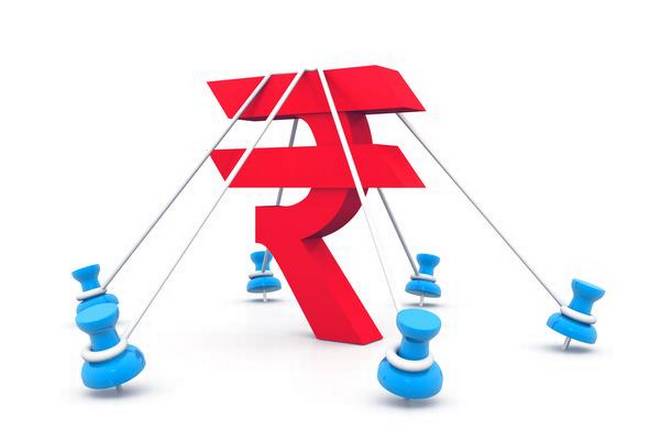 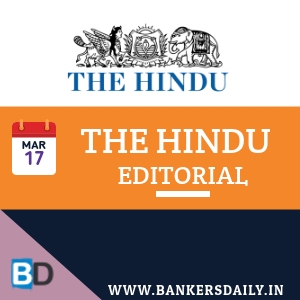 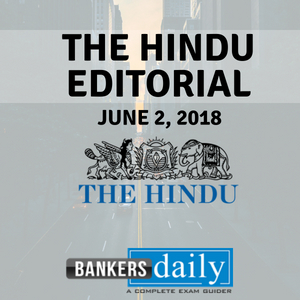