THE HINDU EDITORIAL – December 20, 2018, is one of the must-read section for the competitive exams like  IBPS Clerk 2018, Canara Bank PO – PGDBF 2018 and IBPS SO 2018. These topics are widely expected to be asked in the reading comprehension, Cloze Test or Error Detection in the forthcoming exams. So gear up your Exam preparation and learn new words daily.

A) Rights, revised: on the Transgender Persons Bill, 2018

The passage of a Bill in the Lok Sabha to secure the rights of transgender persons is a progressive step towards extending constitutional protection to this highly marginalised community. The Transgender Persons (Protection of Rights) Bill, 2018, as passed, is an improved version of the legislation introduced two years ago. The earlier draft was widely perceived as falling short of the expectations of stakeholders and not adequately rights-based, as envisaged by the Supreme Court in its landmark decision on transgender rights in 2014. Experts, as well as the Standing Committee of Parliament on Social Justice and Empowerment, had criticised the original definition of ‘transgender persons’ for violating the right to self-determined identity. The revised definition omits the reference to a ‘neither male nor female’ formulation, and covers any person whose gender does not match the gender assigned at birth, as well as transmen, transwomen, those with intersex variations, the gender-queer, and those who designate themselves based on socio-cultural identities such as hijra, aravani, kinner and jogta. The requirement that a district screening committee must recommend the issue of a certificate to each transgender may be necessary to prevent misuse, but such a process goes against the principle of self-identification, a key right the Supreme Court had protected. The government has omitted the need to go through the same screening committee to get a revised certificate after a transgender has sex reassignment surgery, but the medical certification requirement remains. Transgender persons may question the need for such external gate-keeping.

There are other legitimate concerns in the revised Bill, which will now go to the Rajya Sabha. One refers to the bar on forcible separation of transgender persons from their families, except through court orders. It has been revised to cover transgender children. Earlier it covered adults as well, but the committee had noted that it was within the family that many transgender persons faced harassment and abuse, and often felt driven to flee their homes. Another concern is that the Bill criminalises begging by making it an offence for someone to compel or entice a transgender person into seeking alms. When begging itself is no more seen as an offence, it may harm the community if such a means of livelihood – in the absence of employment – is criminalised. The Bill, unfortunately, does not give effect to the far-reaching directive of the Supreme Court to grant backward class reservation to the transgender community. Nor have the Standing Committee’s concerns about recognising civil rights in marriage, divorce and adoption among them been addressed. There is much good intention behind the welfare provisions, but social legislation is much more than high-minded clauses. It needs to be followed up with zealous implementation and framing of deadlines to achieve specific objectives.

B) Change in Mizoram

In the din over the Bharatiya Janata Party’s losses to the Congress in three States in the Hindi heartland, the dismal defeat of the ruling Congress party to the Mizo National Front in Mizoram has gone insufficiently noticed. With this, the Congress has lost its last remaining State in the Northeast, a region in which it was traditionally dominant. The BJP managed to mark its first and only victory in the State by winning the Chakma refugee-dominated Tuichawng seat in south Mizoram’s Lawngtlai district. But the BJP will consider the MNF’s victory as a significant accretion to its set of fellow-travellers and alliance partners in the Northeast. The MNF is part of the North-East Democratic Alliance, an anti-Congress front formed by the BJP that includes all the other ruling parties in the region. While the MNF has come to power on its own, without an alliance with the BJP, its membership in the NEDA means it is an ally of the BJP for all practical purposes. Despite an improvement in social indices in the State over its decade-long tenure, the Congress was always expected to face an uphill task to retain power because of growing anti-incumbency sentiment following allegations of corruption in recent years. The MNF’s victory was also aided by its strong positions on total prohibition, a promise that carried a lot of weight with conservative and influential Christian civil society groups in the State, which had implicitly lent support to the party.

The presence of the Zoram People’s Movement, a collective of seven parties formed just a few weeks before the Assembly elections, hit the Congress’s chances even more. The candidates of the ZPM contested as independents but garnered close to 23% of the vote, damaging the Congress in particular. The Congress’s vote share dipped to 30.2%, a 14 percentage point swing from its 44.6% share in 2013. The Congress’s total tally of five seats is its lowest-ever in the 40-member Mizoram Assembly. The MNF faces the task of diversifying the economy, given the disproportionately large section of the population dependent on agriculture and horticulture. The New Land Use Policy launched by the Congress did bring a significant pause to jhum cultivation (the practice of slash and burn), but fell short of encouraging sustainable agricultural practices as the scheme effectively provided patronage for commercial crop-growing by select beneficiaries. Mizoram has the potential to be a gateway in the Act East and BIMSTEC connectivity schemes to extend trade routes from the Northeast to Myanmar and onwards. But it requires better road connectivity and infrastructure. This should be an important priority for the new MNF government.

Meaning : happening or developing gradually or in stages.(adj)

Example : “a progressive decline in popularity”

Meaning : reconsider and alter (something) in the light of further evidence(v).

Example : “he had cause to revise his opinion a moment after expressing it”

Example : “they could only be deterred by forcible appeals”

Meaning : run away from a place or situation of danger(v).

Meaning : attract or tempt by offering pleasure or advantage.

Example : “a show which should entice a new audience into the theatre”

Meaning : a breach of a law or rule; an illegal act.

Example : “the new offence of obtaining property by deception”

Meaning : having or showing zeal.

Example : “the council was extremely zealous in the application of the regulations”

Meaning : causing a mood of gloom or depression.

Example : “the dismal weather made the late afternoon seem like evening”

Meaning : having power and influence over others.

Meaning : grow by accumulation or coalescence.(v)

Example : “ice that had accreted grotesquely into stalactites”

Meaning : a union or association formed for mutual benefit, especially between countries or organizations(n).

Meaning : continue to have (something); keep possession of.(v)

Meaning : give (someone) a permanent post, especially as a teacher or lecturer(v).

Example : “I had recently been tenured and then promoted to full professor”

Meaning : in a way that is not directly expressed; tacitly.(adv)

Example : “she implicitly suggested that he was responsible for the error”

Meaning : contribute or add (a quality) to.

Example : “the smile lent his face a boyish charm”

Meaning : gather or collect (something, especially information or approval).

Meaning : move by grasping a support from below and leaping.

Meaning : having great influence on someone or something(adj).

Example : “her work is influential in feminist psychology”

Meaning : averse to change or innovation and holding traditional values.

Meaning : put a hand or implement into (a bag or container) in order to take something out.

Example : “Ian dipped into his briefcase and pulled out a photograph”

Meaning : the action of forbidding something, especially by law.

Example : “they argue that prohibition of drugs will always fail”

Meaning : the holding of an office or the period during which one is held.(n)

Example : “during his incumbency he established an epidemic warning system”

Meaning : far apart; with a wide space or interval between.(adv)

Meaning : to a satisfactory or acceptable extent.(adv)

Example : “the resources required to prepare adequately will be extensive”

Meaning : designate or set (something) aside for a specific purpose.

Meaning : appoint (someone) to a specified office or post(v).

Example : “he was designated as prime minister”

Meaning : having made a firm decision and being resolved not to change it.(adj)

Meaning : too large or too small in comparison with something else(adj).

Example : “people on lower incomes spend a disproportionate amount of their income on fuel”

Meaning : sufficiently great or important to be worthy of attention; noteworthy.(adj)

Example : “a significant increase in sales”

Meaning : able to be maintained at a certain rate or level.(adj)

Meaning : the support given by a patron(n). 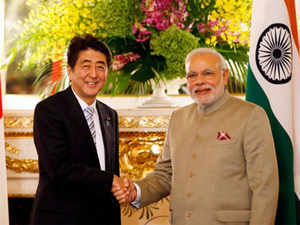 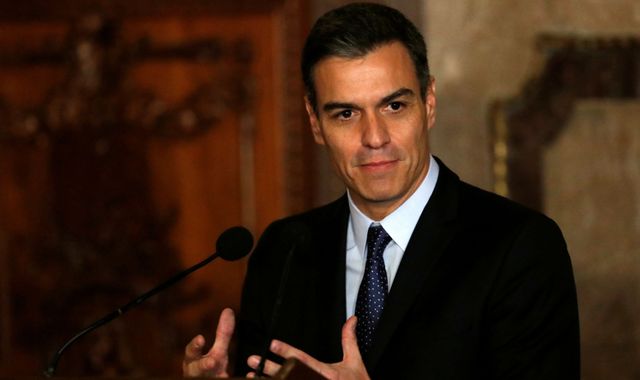