THE HINDU EDITORIAL – March 7, 2018, is one of the must-read section for the competitive exams like  NIACL AO Prelims Exam, IBPS SO Mains Exam. These topics are widely expected to be asked in the reading comprehension, Cloze Test or Error Detection in the forthcoming exams. So gear up your Exam preparation and learn new words daily.

a) Back to life: on the belated acquittal of death row convicts

It is a tale of Kafkaesque horror. Six members of a nomadic tribe spent 16 years in prison in Maharashtra; three of them were on death row for 13 of these years, while the other three faced the gallows for nearly a decade. One of them was a juvenile at the time of the offence. And all this for a crime they did not commit. The only silver lining for the six convicts is that even though 10 years had elapsed since the Supreme Court imposed the death penalty on them, the sentence was not carried out. Hearing on their review petitions became an occasion for another Bench of the Supreme Court to revisit the 2009 verdict. A three-judge Bench has now found that unreliable testimony had been used to convict the six men. One of the two eyewitnesses had identified four others from police files as members of the gang that had raided their hut in 2003, but these four were not apprehended. The gang had stolen ₹3,000 and some ornaments, killed five members of the family, including a 15-year-old girl, who was also raped. It is possible that the heinous nature of the crime had influenced the outcome of the case. The belief that condign punishment is necessary for rendering complete justice could be behind courts brushing aside discrepancies or improvements in the evidence provided by witnesses. On a fresh hearing of the appeals, the court has concluded that the accused, who were roped in as accused in this case after being found to be involved in an unrelated crime elsewhere, were innocent.

The case, in itself, holds a strong argument against the retention of the death penalty on the statute book. Had the sentence against these six been carried out, the truth would have been buried with them. In recent years, the Supreme Court has been limiting the scope for resorting to the death penalty by a series of judgments that recognise the rights of death row convicts. A few years ago it ruled that review petitions in cases of death sentence should be heard in open court. In a country notorious for “the law’s delay”, it is inevitable that the long wait on death row, either for a review hearing or for the disposal of a mercy petition, could ultimately redound to the benefit of the convicts and their death sentences altered to life terms. In a system that many say favours the affluent and the influential, the likelihood of institutional bias against the socially and economically weak is quite high. Also, there is a perception that the way the “rarest of rare cases” norm is applied by various courts is arbitrary and inconsistent. The clamour for justice often becomes a call for the maximum sentence. In that sense, every death sentence throws up a moral dilemma on whether the truth has been sufficiently established. The only way out of this is the abolition of the death penalty altogether.

According to new regulations issued by the Securities and Exchange Board of India (SEBI), liquid mutual funds holding debt securities with a maturity term of more than 30 days will have to value these securities on a mark-to-market basis. Until now, liquid mutual funds could report the value of debt instruments with a maturity term of up to 60 days using the amortisation-based valuation method. Only debt securities with a maturity term of over 60 days were to be valued on a mark-to-market basis. So the new rule seemingly narrows the scope for amortisation-based valuation. Amortisation-based valuation, which is completely detached from the market price of the securities being valued, allowed mutual funds to avoid the volatility associated with mark-to-market valuation. SEBI’s new rules come in the midst of the crisis in Infrastructure Leasing and Financial Services (IL&FS) that led to various fund managers reporting the value of the same debt instruments issued by the infrastructure lender at vastly different levels. The chief financial markets regulator believes that mandating mutual funds to report the value of a greater share of their holdings on a mark-to-market basis can lead to a better and more objective valuation of these securities.

By exempting securities with a maturity period of up to 30 days from mark-to-market valuation, however, SEBI may be doing no favour to individual investors. This is because the new SEBI rule gives a strong incentive for liquid mutual funds to invest more of their funds under management in securities with a maturity period of fewer than 30 days; this helps avoid the volatility of mark-to-market accounting and the need to provide a fair account of the value of their investments. What is likely is a decrease in the yields received on securities maturing in 30 days or less and an increase in the yields on debt instruments with a maturity period of 31 to 60 days. It will, however, do nothing to make investors in mutual funds become more informed about the real value of their investments. The latest SEBI rules are also in direct contrast to the usual accounting practices when it comes to the valuation of securities. Generally accepted accounting principles mandate securities with the least maturity to be reported on a mark-to-market basis while allowing the amortisation-based method to be employed to value other securities with longer maturity periods. This makes sense as the profits and losses associated with securities with shorter terms are closer to being realised by investors when compared to longer-term securities. SEBI would do well to mandate that all investments made by liquid mutual funds should be valued on a mark-to-market basis. Simultaneously, it should work on deepening liquidity in the bond market so that bond market prices can serve as a ready reference to ascertain the value of various debt securities.

Meaning : a structure, typically of two uprights and a crosspiece, for the hanging of criminals(n).

Example : “he was saved from the gallows by a last-minute reprieve”

Meaning : a breach of a law or rule; an illegal act(n).

Example : “the new offence of obtaining property by deception”

Meaning : a person found guilty of a criminal offence and serving a sentence of imprisonment(n).

Example : “weeks elapsed before anyone was charged with the attack”

Meaning : not able to be relied upon(adj).

Meaning : arrest (someone) for a crime.

Example : “a warrant was issued but he has not been apprehended”

Meaning : (of a person or wrongful act, especially a crime) utterly odious or wicked(adj).

Meaning : have an influence on(v).

Meaning : an illogical or surprising lack of compatibility or similarity between two or more facts(n).

Example : “there’s a discrepancy between your account and his”

Meaning : a person or group of people who are charged with or on trial for a crime(n).

Meaning : the continued possession, use, or control of something(n).

Example : “the retention of direct control by central government”

Meaning : turn to and adopt (a course of action, especially an extreme or undesirable one) so as to resolve a difficult situation(v).

Example : “the duke was prepared to resort to force if negotiation failed”

Meaning : identify (someone or something) from having encountered them before; know again(v).

Meaning : contribute greatly to (a person’s credit or honour)(v).

Example : “his latest diplomatic effort will redound to his credit”

Meaning : the action or process of getting rid of something(n).

Example : “the disposal of radioactive waste”

Meaning : (especially of a group or area) having a great deal of money; wealthy(adj).

Meaning : the ability to see, hear, or become aware of something through the senses(n).

Meaning : a situation in which a difficult choice has to be made between two or more alternatives, especially ones that are equally undesirable(n).

Example : “he wants to make money, but he also disapproves of it: Den’s dilemma in a nutshell”

Meaning : the action or process of gradually writing off the initial cost of an asset(n).

Example : “due to the amortization of initial costs, the risks of negative working capital are mitigated”

Example : “he is a detached observer of his own actions”

Meaning : a person or body that supervises a particular industry or business activity.

Meaning : free (a person or organization) from an obligation or liability imposed on others(v).

Meaning : a small number of.

Example : “may I ask a few questions?”

Meaning : find (something) out for certain; make sure of(n).

Example : “an attempt to ascertain the cause of the accident”

Meaning : liability to change rapidly and unpredictably, especially for the worse.

Example : “the succession of new rulers contributed to the volatility of the situation”

Meaning : based on random choice or personal whim, rather than any reason or system. 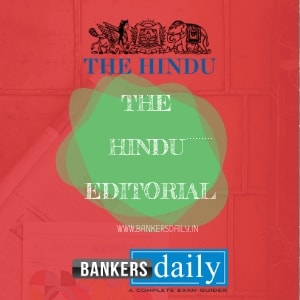 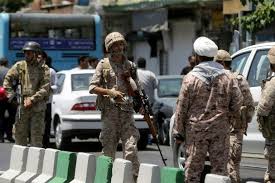 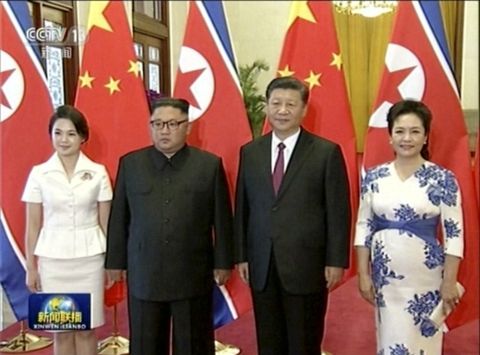