Games have brought to Beijing. More pertinent is the comparison of the agricultural sectors of the two countries.

Why and how has China managed to outstrip India in agriculture when 25 years ago the two countries were on par on most parameters? Both have traditionally been

agrarian economies and over half their populations continue to depend on the land for their livelihood. With large populations and histories of famine, India and China

share concern on issues such as food security, however while India’s agricultural sector is projected to grow by about 2.5 percent this year-a slide from the previous year’s growth, China’s has been steadily growing at between 4 percent and 5 per cent over the last fifteen years. The widest

45 per cent of growth compared to 30 per cent for India.

is placed favorably when compared to China in terms of quantity of arable land, average farm size, farm mechanization etc. The reasons for China having outperformed India are threefold: technological improvements accruing from research and development

marketing facilities are also crucial but government support in India has mainly been through subsidies, not investment.

There has been much debate about subsidies and their utility; the opposing view being that subsidies are against the market reforms and distorts the market as well as

reduces resource efficiency. In contrast to the 2,046 applications for the registration of new plant varieties in China over the past few years, data reveals that despite

India having the largest number of agricultural scientists in the world India’s current research track record is abysmal,

equivalent to what China achieved in the 1980s. Far from developing new strains, the number of field crop varieties fell by 50 percent between 1997 and 2001 despite the fact that there was sharp and sustained increase in funding. One reason is that majority of the budget is eaten up by staff

salaries with only 3 per cent being allotted for research. In contrast, most agricultural research centres in China must use Central government funding purely for research. Funds relating to salaries and other administrative incidentals must be generated by the centres themselves. The centres

and scientists are thus encouraged to engage in joint ventures with private sector companies to form commercial signoffs from their research. In fact research staff is now

being hired on a contract basis with pay based on performance and salaries raised proportionately for those who perform well. India needs to learn from China’s example and adopt a pragmatic approach if it has to meet its targets of the Eleventh Five Year Plan.

1. What has been the major area of difference in the development of the agricultural sectors of India and

(a) Quantity of arable land in China is far greater than in India.

(b) Food security is not a concern for China as the country is basically self-sufficient.

(d) India’s agricultural sector is too diversified so it is

difficult to channel funds for development

2. Which of the following is/are area/s in which China has not outdone India?

(A) Development of urban infrastructure.

3. Which of the following is NOT TRUE in the context of the passage?

(a) Agricultural status of China and India was equivalent a quarter of a century ago.

(b) India’s current economic growth rate is half that of China.

5. According to the author, which of the following is a legitimate explanation for India’s stagnating agricultural sector?

(A) India diverts funds that should be spent on agricultural research to urban development.

(B) Reforms are hampered because adequate subsides are not provided by the government.

(C) The procedure for registering new plant varieties is very tedious so research is limited.

6. Which of the following is an advantage that India holds over China with respect to the agricultural sector?

(a) Lack of diversification of the agricultural sector.

(b) Superior technology and farming practices

7. What argument has been posed against implementation of subsides?

(A) Subsides sacrifice equity for efficiency.

8. What argument has been posed against implementation of subsidies?

(A) Subsides sacrifice equity for efficiency.

9. Which of the following cannot be said about Indian agricultural universities?

(A) Attendance is poor because of the dwindling funds to carry out research.

(B) Enrollment of students and qualified staff have fallen because of the lack of funds for salaries.

(C) Allotment for research funding by the government is nonexistent.

10. Which of the following is not responsible for China’s successful transformation of its agricultural sector?

(A) Change in philosophy from self-sufficiency to competitiveness and efficiency.

(B) Greater allocation for subsidies.

Directions (11-13): Choose the word which is most nearly the SAME in meaning as the word printed in bold as used in

Directions (14-15): Choose the word which is most OPPOSITE in meaning of the word printed in bold as used in the passage. 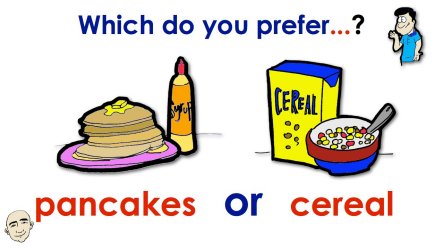 Homonym of the day – Vocab builder for your Carrier