Daily Current Affairs (June 30, 2018) like many other sections is inevitable and this also helps to score in the Banking awareness , Static GK and Financial Awareness sections. Remember, Banking Awareness and Static Awareness Questions are asked from the General Awareness section. This will also help you to ride your preparations for the forthcoming exams.

Government Approved for two Oil Storages in Odisha and Karnataka

Karnataka-300x168.jpg" alt="" width="300" height="168" />The Cabinet has approved setting up of 4 million tonne(MT) storage at Chandikhol in Odisha and 2.5 MT storage at Padur in Karnataka. It was announced by Finance Minister Piyush Goyal.

The total 5.33 MT capacity under Phase-1 of the Strategic Petroleum Reserve (SPR) programme is estimated to supply approximately 10 days of India’s crude requirement according to the consumption data for 2016-17.

The government had also announced plans to build two more storages with a combined capacity of 10 MT at Chandikhol and at Bikaner in Rajasthan. 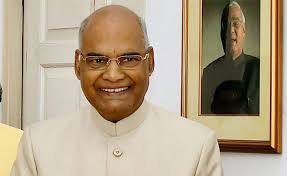 President Ram Nath Kovind has launched the Solar Charkha Mission covering artisans in 50 identified clusters and the Sampark portal. The portal is a digital platform to connect five lakh job seekers with recruiters.

He launched it at an event to mark the important economic role played by micro, small and medium enterprises (MSMEs).

According to a survey, there are about 6.5 crore MSMEs in India which have created over 11 crore job opportunities. Such enterprises have registered over 10 per cent growth in recent times which is much more compared to large enterprises.

Last year, the UN General Assembly had declared June 27 as MSME Day, recognising the importance of the sector in achieving sustainable development goals and in promoting innovation, creativity and sustainable work for all. 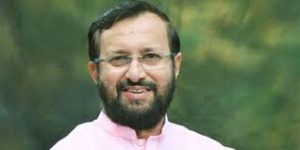 The Union Ministry of Human Resource Development (HRD) has proposed a draft bill to cancel the University Grants Commission (UGC) and set up the Higher Education Commission of India (HECI). It is aimed to reform higher education in India.

The Act entitled ‘Higher Education Commission of India Act, 2018 (Repeal of University Grants Commission Act)’ will rebuild UGC Act, 1951 and its parent legislation completely. The HECI Act, 2018 is expected to be introduced in Parliament in the upcoming monsoon session. 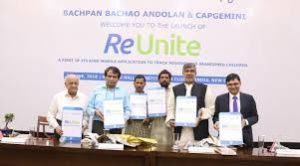 The Commerce and Industry Minister Suresh Prabhu has launched a mobile application “ReUnite” . It will trace the missing and abandoned children in India.

This effort is to reunite parents whose children have gone missing and to address real life social challenges.

The app is multiuser where parents and citizens can upload pictures of children, and provide detailed description like name, birthmark, address, report to the police station, search and identify missing kids.

Amazon Rekognition, web facial recognition service, is being used to identify missing kids, according to a statement by the commerce ministry. 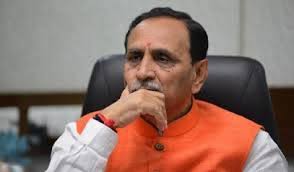 He announced a joint working group between Gujarat and Israel in the fields of agriculture, horticulture and allied sectors.

During his interaction with Ariel, Rupani emphasised that agriculture is at the core of his priorities and Gujarat is committed to fulfill the dream of Prime Minister Narendra Modi of doubling the farmers’ income by year 2022.

A joint working group headed by Additional Chief Secretary, Agriculture, Mr. Sanjay Prasad, would be constituted to work consistently in the direction of agriculture, horticulture and allied sectors. 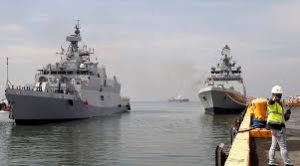 The navies of India and Indonesia participated in Passage Exercise (PASSEX). 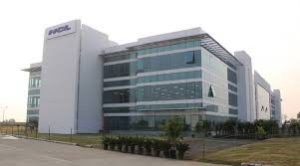 The H&D was founded in 1996 and it specialises in IT infrastructure, application services particularly in R&D IT, shop floor IT and engineering services. 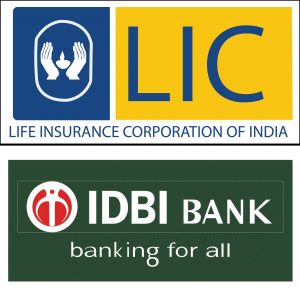 The board of the Insurance Regulatory and Development Authority of India has approved Life Insurance Corporation’s (LIC) proposal to increase its stake in troubled state-run lender IDBI Bank.

According to sources, IRDA has approved acquisition of up to 51% stake by LIC in IDBI Bank. However, LIC needs to get a board-approved plan to bring down its stake to 15% over time.

IDBI Bank has been under the prompt corrective action framework of the RBI due to deteriorating financial health. Its loss widened to Rs.8,238 crore in FY18 from Rs.5,158 crore in FY17.

The Insurance Regulatory and Development Authority of India is an autonomous, statutory body tasked with regulating and promoting the insurance and re-insurance industries in India. 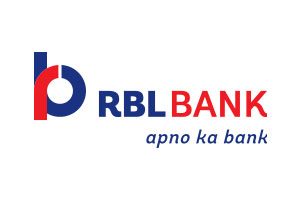 Swadhaar has now become fully owned subsidiary of the bank.Swadhaar is a business correspondence that works exclusively for RBL Bank. 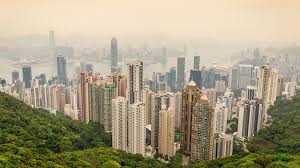 Due to continuously surging food prices and leisure activities, Mumbai continues to be the most expensive city in India to live in for expatriates, ahead of global peers Washington and Melbourne.

According to the Cost of Living Survey published by global personnel consultants Mercer, Bengaluru has fallen in the cost of living ranking. Hong Kong is ranked as the world’s costliest city to live in for expatriates, followed by Tokyo, Zurich, Singapore, and Seoul.

This year’s ranking includes 209 cities across five continents and measures the comparative cost of more than 200 items in each location, including housing, transportation, food, clothing, household goods, and entertainment. 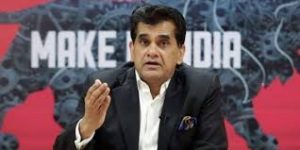 The NITI Aayog has launched the first Delta ranking (incremental progress) for the Aspirational Districts, across five developmental areas of Health and Nutrition, Education, Agriculture and Water Resources, Financial Inclusion and Skill Development, and Basic Infrastructure.

NITI Aayog’s first Delta ranking (incremental progress) for the Aspirational Districts was based on self-reported data of districts between March 31, 2018 to May 31, 2018.

Gujarat’s Dahod district topped the first Delta ranking released by NITI Aayog.West Sikkim district of Sikkim stood second with 18.9 points, a huge improvement from being in the 30th position in Baseline ranking. 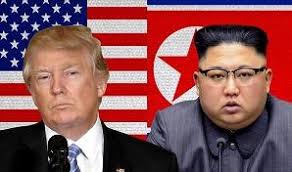 The United States has designated North Korea as one of the worst human trafficking nations for the 16th consecutive year, citing its use of forced labour. It was announced by Yonhap news agency.

The US State Department’s annual “2018 Trafficking in Persons Report” put North Korea in the lowest Tier 3 of its classification of countries, together with China, Russia and Iran.

Meanwhile, South Korea was placed among Tier 1 countries for the 16th straight year, along with other advanced nations like the US, Britain, France and Canada. 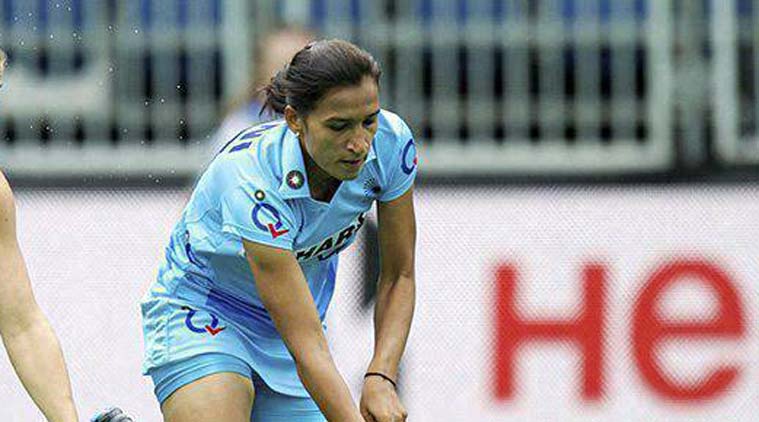 The Forward Rani Rampal has been named as the captain of India’s 18-member squad for the women’s hockey World Cup to be played in London next month.

Hockey India has announced the 18-member Indian women’s team for the prestigious tournament which is slated to begin on July 21.

India have been placed in Pool B along side hosts and world no. 2 England, world no. 7 USA and world no.16 Ireland. The experienced Rani will lead the team, goalkeeper Savita has been named as her deputy. 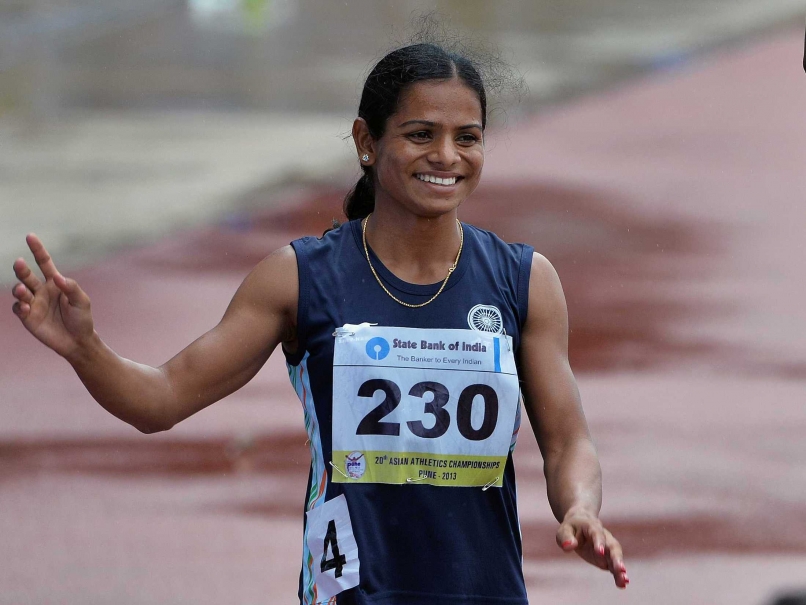 The Athlete Dutee Chand broke her 100m national record to become the fastest woman of the meet. The 22-year-old Dutee represented Odisha.

Hima Das clinched her second gold by posting a personal best in the 400m as they shared the spotlight on the final day of the 58th National Inter State Senior Athletics Championships. The event was held at Guwahati, Assam. 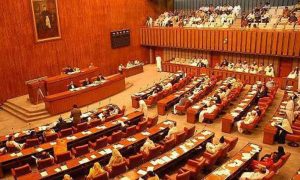 The 2018 International Day of Parliamentarism was observed across the world on June 30, 2018.

It aims to recognise the role of parliaments in national plans and strategies and in ensuring greater transparency and accountability at national and global levels. 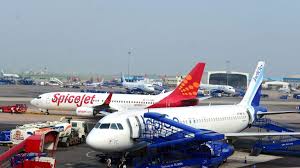 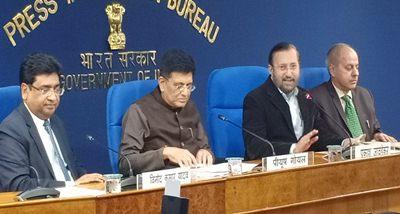 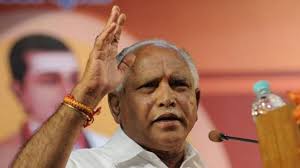