(A) Important Provisions of RBI Act
1) S 2.Inclusion of a bank under II Schedule – S 42 – deletion of banks
2) S 18 – Emergency loans to banks on liberal terms
3) S 20 & 21 – Transacting govt business
4) S 22 — Power to issue bank notes
5) S 24 – denomination 2,5, 10, 20, 50, 100, 500. 1000, 5000 & 10000. But Central Govt can direct discontinuation or non issue of any denomination
6) S 28 – rules relating to refund of mutilated, soiled or imperfect notes
7) S 31 – No one can issue Bill of Exch, Hundi or PN payable to bearer on demand
8) S 33 – Gold coins, bullions & foreign sec at any time not less than Rs.200 Crores of which gold coin and gold bullion not less than Rs 115 Crores
9) S 42 – CRR for Scheduled banks
10) S 45 – Recommendation to Central Govt. suspension of business (Moratorium) and reconstitution of Board
11) S 49 – Power to announce /publish BR
12) Amendment 2016 – Constitution of MPC to decide Policy Rates The RBI Governor’s sole power to decide policy rates has been substituted by the constitution of Monetary Policy Committee – 6 member committee – 3 from RBI with Governor as ex officio chairman + one Deputy Governor + one officer. – the other 3 members to be nominated by Govt of India- experts from the fields of Economics, Banking and Finance appointed by the Search Committee of the Cabinet chaired by the Cabinet secretary – Objective to improve transparency and visibility and collective accountability in policy rates.
13) The Fiscal Responsibility and Budgetary Management (FRBM) Act, which is being reviewed under the chairmanship of N K Singh, would act in tandem with the inflation targeting of Monetary Policy Committee (MPC). He feels that FRBM is to act in tandem with the inflation targeting of MPC to ensure resource flow to the economy, and that if the two did not act in tandem, in case of fiscal profligacy, RBI would follow a tight monetary policy which is not investment friendly and vice-versa. The MPC has set an inflation target of 4 per cent with an upper tolerance level of 6 per cent and lower limit of 2 per cent. The 14th Finance Commission had recommended 3 per cent fiscal deficit for the Centre and another 3 per cent for the states yielding a combined fiscal deficit of 6 per cent for the period 2015-16 to 2019-20.
14) FRBM Act 2003
– The Fiscal Reforms and Budgetary management Act came into effect on July 5, 2004.
Features:
a. Govt to take measures to reduce fiscal and revenue deficit so as to eliminate Revenue Deficit by March 31, 2008 (revised by UPA govt to March 31, 2009) and thereafter build up revenue surplus.
b. Govt not to borrow from RBI except by WMA (Ways and Means Advances are temporary borrowings of Govt from RBI on the basis of the limi on aggregate borrowings fixed by RBI in consultation with the Govt.)
c. Rules to be framed for annual reduction of RD by 0.5% pa and FD by 0.3% p.a. With this approach
– BD should have been brought down to 3% of GDP but has not been achieved till date.
– In the Budget for 2015-16 the present government has announced that the target of 3% will be achieved in 3 years. Accordingly the FD achievements and targets are 3.9%, 3.5% and 3 % for FYs 2015-16, 2016-17 & 2017-18 respectively.

E) Debt Recovery Tribunal
103) DRTs are constituted under the RDDBFI Act 1993 (Recovery of Debts Due to Banks and Financial Institutions)
104) There are 33 DRTs and 5 APPELLLATE Tribunals are there covering the entire country
105) For loans of banks and FIs with outstanding of Rs.10 lakh or more
106) Central Govt can reduce the limit to Rs. one lakh
107) Headed by one Presiding Officer supported by one Registrar and normally two Recovery Officers appointed by Govt.
108) On establishment of a DRT no other court is to hear proceedings of such cases. All such existing cases are transferred to DRT
109) Within 30 days of receipt of application summon is issued to the defendant
110) Special feature of DRT is all evidences are submitted by affidavits only
111) If the claim of the bank/FI is upheld, Recovery Certificate is issued to the Recovery Officer
112) Appeal against order of DRT can be made within 45 days to Debt Recovery Appellate Tribunal with appropriate fees + deposit of 75% of dues
113) The Recovery Officer has powers such as attachment, sale, arrest, appointment of receivers , require the debtor to declare under affidavit the particulars of his/its assets. Appeal against the orders of RO can be made to DRT within 30 days

F) SARFAESI Act(Securitisation Asset Reconstruction Financial Assets
Enforcement of Security Interests Act) 2002
114) Powers of the secured creditor(bank)
i) Take possession, sell or lease the assets given as security
ii) Take over management of a business
iii) Appoint a manager
iv) To recover any money due to the borrower from third parties
115) Loans Not Eligible
i) Loans with outstanding upto Rs.100000
ii) Agriculture Land cannot be sold
iii) If 80% of principal + interest in the loan already recovered
iv) Assets secured by pledge, lien and bank deposits
v) If Limitation period had expired
vi) Where security is not charged to the bank
116) Notice of 60 days to be served on the borrowers to take possession
117) Borrowers can represent. If representation or objection not acceptable to bank it has to communicate justification for taking possession within 15 days of receipt of representation
118) Borrowers can also appeal to DRT by paying only stamp fees
119) If SARFAESI Act/Rules not followed DRT can declare the bank’s action invalid
120) If borrower not satisfied with DRT decision can appeal to APPELLATE DRT paying stamp fees and depositing 50% of dues
Amendments 2016:
121) District Magistrate (DM) to take possession over collateral within 30 days for securing the creditors.
122) DM to assist banks to take over the management of a company, in case the company is unable to repay loans.
123) To create a central database to integrate records of property registered under various registration systems with central registry meant for maintaining records of transaction related to secured assets.
124) Unless collateral is registered with the central registry, secured creditors will not be able to take possession over it.
125) Empowers RBI to carry out audit and inspection of Asset Reconstruction Companies (ARCs) and penalize them if they fail to comply with any directions issued by it.
126) Stamp duty exemption for transactions undertaken for transfer of financial assets (loans and collaterals) in favour of asset reconstruction companies.
G) Goods and Services Tax Features
127) GST is a constitutional Amendment Bill
128) Requires to be passed by both houses of Parliament by two thirds majority of members present and voting.(not the total strength of the house)
129) First passed by Lower House (Lok Sabha) then sent to Upper House (Rajya Sabha)
130) If RS proposes any amendment it has to be again passed by LS with minimum 50% majoity
131) Then requires to be passed by two thirds majority in two thirds of the states and UTs
132) Finally President’s approval is obtained
133) As on 8 September 2016, 17 states – Assam, Bihar, Chattisgarh, Haryana, Himachal Pradesh, Gujarat, Jharkhand, MP, Nagaland, Odisha, Goa, Mizoram, Sikkim, Telengana, Rajasthan, Maharashtra, AP and Delhi have approved. The remaining states are WB, TN, Karnataka, Punjab, Uttarkhand, Kerala, Arunchal Pradesh, JK, UP, Manipur, Meghalaya, Tripura and other 6 UTs who are yet to approve
134) President has approved the Bill in the second week of September and Govt of India has planned to implement it from 1 April 2017.
Present Position
135) Presently Centre has powers to levy taxes on manufacture of goods and States on Sales.
136) For inter state movements Centre levies CST – but collected and retained by origin states.
137) For services Centre alone levies taxes
138) On imports States have no power. Centre levies Customs Duty, Additional Customs Duty (counter balances excise , ST, State VAT etc levied on domestic production)
Future Position
139) GST will replace most central and state taxes such as VAT, Excise, Service Tax, Central Sales Tax, Additional Customs Duty, Special Additional Customs Duty and Special Additional Customs Duty
140) GST Council chaired by the Finance Minister with Central Minister of State for Revenue and State Finance Ministers as members will be apex decision making body.
141) GST will be applicable to all goods and services except alcohol for human consumption, electricity and Real Estate
142) Petroleum products will be covered from a future date as decided by the GSTC
143) GST will be of 3 types – Central GST (CGST), State GST (SGST), and Inter-state GST (IGST) covering inter state supply including stock transfer.
144) Exports would be zero rated
145) Import of goods and services would be treated as interstate supply and subject to IGST in addition to Customs Duty
146) For initial two years or for an extended period as recommended by GSTC an additional non-Vatable 1% on interstate supply of goods would be collected by Centre and assigned to origin states.
147) Turnovesr below a certain level would be exempted from GST
148) GSTN – N stands for Network has been set up as a Section 25 (Non Profit) company to provide front end services – registration, payment and return to taxpayers
149) GSTN has appointed Infosys as MSP (Managed Service Provider) for 5 years for a project cost of Rs. 1380 crores
150) Country would be divided into zones (groups of states) and ranges (1000 assesees)
Long Term Anticipated Benefits of GST
151) Eliminates cumulative multiple taxes –could reduce inflation
152) Ease of doing business will improve
153) Entire country will become a unified market providing uniform market access to all the players
154) Check tax evasion and boost growth
155) Will reduce logistics costs
156) Expected to strengthen the federal structure of Indian democracy
Short Term Challenges
157) Can have a negative impact of higher inflation in the short term
158) Temporary dip in growth before combine national market stats to kick in

Banking Awareness : Timeline in History of Banking in India 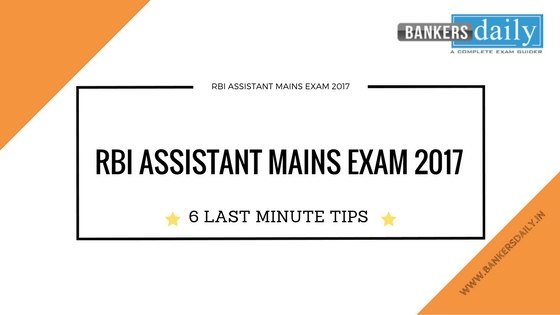 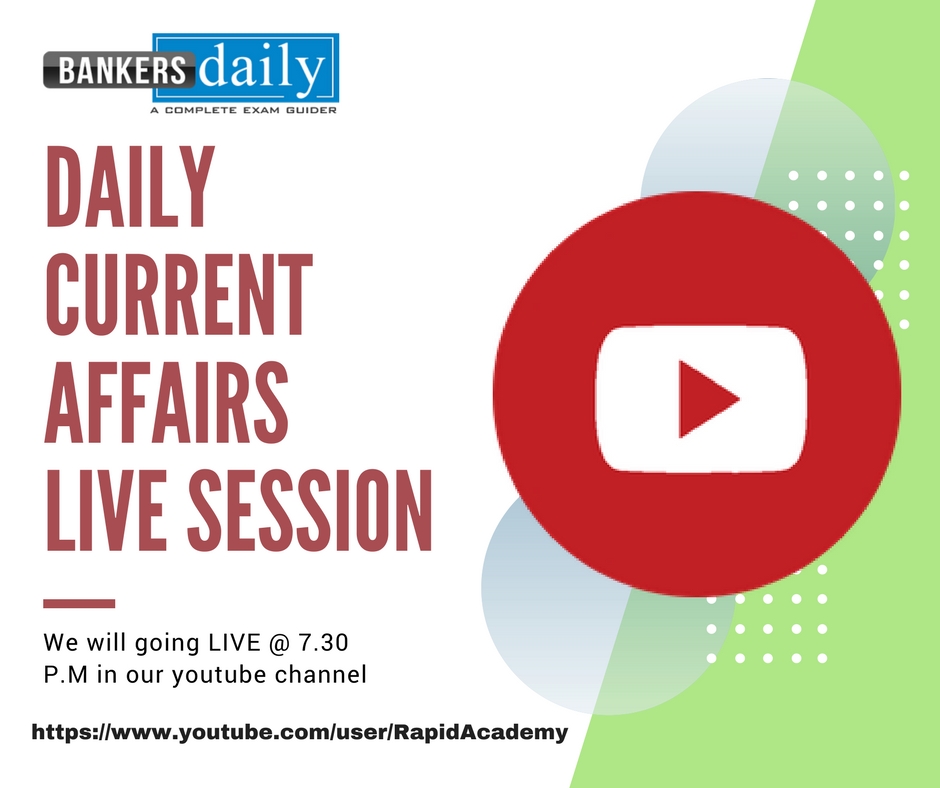