This article covers the topic of Direction and Distance. The questions of which are asked under the reasoning section in various competitive exams like IBPS Clerk, SBI Clerk, SSC CGL, Placement Aptitude, IBPS PO, SBI PO, NICL AO, LIC AAO, SBI Associate Clerk, SBI Associate PO, CAT and others. The key factor to solve this type of questions are have your basics right. So be strong in the basics first because knowing the conventional method gives you an upper hand when you lost track of the shortcut method. After you have acquired the basics and have gone to a pro, try to learn the tricks of various shortcuts.

Learning the shortcuts and tricks will help you to solve the problems faster in a way that it provides you with additional time to solve other questions. Direction and Distance topic is one of the easiest topic in the reasoning section and you can score full marks with great accuracy if you learn the nuances of this topics. This is a definite topic in the exams , so there is no confusion if it will come in the exam or not.

Directions questions asked in the exam are based on two principles-

The first point you need to remember is that each main direction change undergoes a 90° change in direction e.g. from North to West/East it will be 90° change. But the change between North and North-east is only 45°

Important points to keep in mind in Left Right Movement:

Note: When a question says moved towards left or right side, we assume that the movement is at an angle of 90 degrees.

When a question says if someone move towards left or right side, we assume that the movement is at an angle of 90 degrees.

Example 1:  Aarthi walked 4 km west of her house and then turned south covering 3 km. Finally, She moved 5 km towards east. In which direction she is now with respect to starting point?

Solution: From the above diagram, we can find that she is South East to her starting point.

Example 2: Sandhya starting from her house, goes 4 km in the East, then she turns to her right and goes 3 km. What is the shortest distance to reach her house?

Now applying Pythagoras theorem, the distance between the starting point A and final point C is 5 kms i.e. the square root of the sum of squares of 3 and 4.

An important point to learn from this question could be the fact that you might be asked to specify the direction of the specific point, for example, the question might state: “in which direction is she with respect to the starting point”. The answer would be South-east.

Now, in case the question was: “In which direction is the starting point with respect to C”; the answer would be North-west.

Another question could be: “In which direction is he walking towards point C”; the answer would be South.

Problems Based on Trains (Updated Soon)

How To Solve Time And Distance Questions?

TRICKS TIPS AND SHORTCUTS TO SOLVE PROBLEMS ON PROPORTIONS 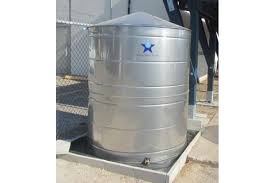