THE HINDU EDITORIAL – November 27, 2018, is one of the must-read section for the competitive exams like  IBPS Clerk 2018, Canara Bank PO – PGDBF 2018 and IBPS SO 2018. These topics are widely expected to be asked in the reading comprehension, Cloze Test or Error Detection in the forthcoming exams. So gear up your Exam preparation and learn new words daily.

A) Magnificent Mary: on making history at World Boxing Championships 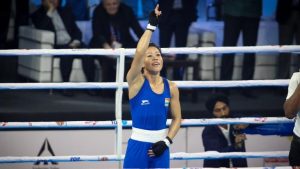 With a sixth World Championship gold, Kom affirms her place as one the greatest boxers

M.C. Mary Kom enhanced her already legendary status when she defeated Ukraine’s Hanna Okhota in the 48 kg segment of the Women’s World Boxing Championship in Delhi on Saturday. It was her sixth gold across World Championships, drawing her level with Félix Savón, the Cuban great who ruled amateur boxing in the 1980s and 1990s. Kom has always defied the odds. She has busted gender stereotypes, and overcome the odds posed by the lack of resources and poor infrastructure that hold back so much athletic talent in India. In doing so, she firmed up Manipur’s place on India’s talent map, brought India on the world boxing landscape, and reinforced women’s sport by winning consistently with exceptional determination and grace. Kom, who is now 35 and a mother of three, has had a good 2018, winning her maiden Commonwealth Games gold medal earlier this year. She extended that form in Delhi and cemented her place in the history of the World Championships with an overall haul of seven medals, including a silver on debut in 2001. A bronze medallist at the 2012 London Olympics, Kom said that the latest of her six world titles, secured after a gap of eight years, was the toughest of them all. It has come at a time when the competition has risen manifold following the inclusion of women’s boxing as an event in the Olympics in 2012. Kom, who got past other strong opponents before clinching the bout against Okhota, also had to bear the additional pressure of the expectations of home crowds.

In the event, the victory has fuelled further expectations from this late-career burst. Kom will switch to the 51 kg weight class in the pursuit of a medal at the 2020 Tokyo Olympics. As a Rajya Sabha member of Parliament and idol for many upcoming women boxers, she has a full schedule, and will be aware that it will take all she has to fight with younger and stronger rivals in a higher weight category. Hailed as ‘Magnificent Mary’ by the International Boxing Association, which has chosen her as its representative in the International Olympic Committee athletes’ forum, Kom has been an inspiration globally. Her rise from a humble background to be an international role model has inspired a book and a Hindi movie chronicling her life. Raffaele Bergamasco, the India coach, sums up Kom’s legend with these words, “Mary in boxing is like Maradona in football.” The gender comparison is crucial too — at a time when the women’s competition at diverse levels and different sporting events is being sought to be placed on a par with the men’s, in terms of infrastructural support and remuneration, Mary Kom’s record will indeed give heart to all women athletes.

B) Temple timing: on the Ram Temple issue 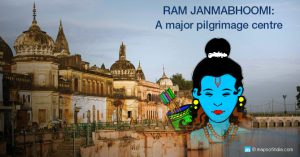 As the Lok Sabha election draws nearer, the Bharatiya Janata Party and affiliates of the Sangh Parivar have begun mobilisation in the name of a Ram temple at Ayodhya. This is part of an attempt to force a political solution to what is essentially a legal dispute over the title of the land where the Babri Masjid once stood. The show of muscle at the Dharma Sabha of the Vishva Hindu Parishad in Ayodhya was clearly intended to pressure the executive, the judiciary, and the various stakeholders in the dispute to pave the way for the construction of the temple. Although the Supreme Court is seized of the issue, the Sabha appealed to the Muslim community to give up their claims to the land in dispute, and urged the government to expedite the process for construction. The court is due to fix in January 2019 a date for hearing the title suit appeals, and a ruling in the case is unlikely before the general election. But the Sabha was told that the date for the building of the temple would be announced at the 2019 Kumbh Mela. Clearly, for the Hindutva outfits at the forefront of the Ram Janmabhoomi movement, the question is when, and not if, a Ram temple will come up at the disputed site. There is no sign of a willingness to wait for, and abide by, the Supreme Court verdict.

BJP president Amit Shah has been reported as saying that the party will wait for the Supreme Court’s hearing in January. But the party has been anything but unequivocal about this position, lending the impression that it is courting a political constituency by speaking in more than one voice. The absence of a clear denial that it is not considering an ordinance as a solution to the legal dispute is another instance of equivocation. Any attempt to bypass the legal process through an executive order will be ill-advised and likely to be struck down by the court. But in a situation where political signalling is what counts, many in the BJP-led government might indeed contemplate such a course. That the government would have liked to have the case decided before the election was made clear by Prime Minister Narendra Modi himself when he charged that the Congress had scared the judges of the Supreme Court from giving an early judgment by threatening impeachment. Mr. Modi gave little credit to the Supreme Court in framing the issue in this manner, but his statement is an indication of the political pressures that are brought to bear on this case. The BJP also faces political intimidation on the issue from its far-right ally, the Shiv Sena, which is calling for action on the issue, saying that the government had slept over it for the last four years. The proper course for all stakeholders in the dispute, including political parties, is to step back and leave the issue to the Supreme Court to rule on, and not to stare down the Muslim community. Any attempt to polarise the country over this case must be resisted at every level.

Meaning : each of the parts into which something is or may be divided.(n)

Example : “a large segment of the local population”

Example : “a woman who defies convention”

Meaning : a widely held but fixed and oversimplified image or idea of a particular type of person or thing.(n)

Example : “the stereotype of the woman as the carer”

Example : “how can I firm up a sagging bustline?”

Meaning : strengthen or support (an object or substance), especially with additional material.(v)

Meaning : acting or done in the same way over time, especially so as to be fair or accurate(adj).

Example : “the parents are being consistent and firm in their reactions”

Meaning : the quality of being determined; firmness of purpose.

Example : “those who succeed because of sheer grit and determination”

Example : “the two firms are expected to cement an agreement soon”

Meaning : (of a person) pull or drag with effort or force.(v), a quantity of something that has been stolen or is possessed illegally.(n)

Example : “he hauled his bike out of the shed”

Example : “the implications of this decision were manifold”

Meaning : the action or state of including or of being included within a group or structure.

Example : “they have been selected for inclusion in the scheme”

Meaning : confirm or settle (a contract or bargain)(v).

Example :”the Texan wanted to impress him to clinch a business deal”

Meaning : a short period of intense activity of a specified kind.(n)

Meaning : a person or thing competing with another for the same objective or for superiority in the same field of activity(n).

Meaning : having or showing a modest or low estimate of one’s importance.(adj)

Example : “I felt very humble when meeting her”

Meaning : record (a series of events) in a factual and detailed way.(V)

Example : “he calmly parred the 17th”

Meaning : relating to the basic physical and organizational structures and facilities needed for the operation of a society or enterprise.(adj)

Example : “a strategy for infrastructural development in the region”

Meaning : money paid for work or a service.(n)

Example : “they work in excess of their contracted hours for no additional remuneration”

Meaning : used to emphasize a statement or response confirming something already suggested.(adv)

Meaning : officially attach or connect (a subsidiary group or a person) to an organization.

Example : “they are national associations affiliated to larger organizations”

Meaning : a disagreement or argument.(n)

Meaning : make (an action or process) happen sooner or be accomplished more quickly.(v)

Example : “the yard at the front was paved with flagstones”

Meaning : a set of clothes worn together, especially for a particular occasion or purpose.(n)

Meaning : the leading or most important position or place.

Example : “the issue has moved to the forefront of the political agenda”

Meaning : relating to or having the power to put plans or actions into effect.(adj) ,a person with senior managerial responsibility in a business.(n)

Example : “he contemplated his image in the mirrors”

Meaning : the action of calling into question the integrity or validity of something.

Example : the prosecutor’s detailed impeachment of the character witness”

Meaning : the action of intimidating someone, or the state of being intimidated.(n)

Example : “the intimidation of witnesses and jurors”

Meaning : look fixedly or vacantly at someone or something with one’s eyes wide open.

Example :”he stared at her in amazement”

Meaning : restrict the vibrations of (a transverse wave, especially light) wholly or partially to one direction.

Example : “some of the light is polarized so that it vibrates in only one plane”