a) Back to basics

India’s economy, measured by the gross domestic product, grew at 7.1% in 2016-17, the slowest pace since the National Democratic Alliance government came to office in 2014, and significantly lower than the 8% growth clocked in 2015-16 (revised data). On the face of it, this is in line with the estimates put out by the Central Statistics Office in early January and at the end of February. A top government economist has lashed out at ‘messiahs of doom’ who had predicted a 2% decline in growth due to the Centre’s decision to demonetise Rs. 500 and Rs. 1,000 currency notes last November. But scratch deeper, and those naysayers don’t appear to be too far off the mark. Growth in the final quarter of 2016-17 was just 6.1%, all of 1.8 percentage points lower than the 7.9% recorded in its first (which decelerated to 7.5% and 7% in the second and third quarters, respectively). In fact, the only reason the 7.1% estimate has held up is because growth for the previous quarters was revised upwards. Finance Minister Arun Jaitley is, however, right when he points out that growth had already been slowing down, so ascribing the entire downturn to demonetisation is not fair. Yet, whichever way one looks at it, the note ban seems to have exacerbated the problem, particularly for India’s large informal economy that the poor depend on, as even the World Bank has now noted. Consider these underlying trends. Discounting the healthy growth in GVA (gross value added) from agriculture and government spending, real GVA grew by just 3.8% in the fourth quarter, down from 8.4% in the first — indicating that private spending and investment collapsed. Private consumption grew at the slowest pace in five quarters, even as construction (with a high dependence on informal/migrant labour) and manufacturing activities dipped sharply. Industry has renewed pleas for the Reserve Bank of India to cut policy rates and shift back to an accommodative stance. While lower inflation and growth may soften the RBI’s outlook, there is little that monetary policy alone can do at this juncture to revive animal spirits. Banks, the primary beneficiaries of demonetisation, are flush with funds but credit growth is at multi-decade lows — and the twin stress on banks’ and their borrowers’ balance sheets is spreading to other sectors such as telecom. With the direction of global headwinds remaining uncertain, growth in government spending budgeted to be lower this year compared to last year, and private investment virtually absent, these GDP numbers should serve as a reality check. Returning to the 8% growth mark is going to be a big challenge. While the government has vigorously underlined its reform achievements of the last three years, such as the Goods and Services Tax that rolls out in July, a mission-mode reforms reboot is urgently needed. And that can only begin if the problem is suitably acknowledged by policymakers.

Pharmacies across the country went on a one-day strike this week to highlight their concerns about the threat from e-pharmacies, and the cost that will be imposed by new regulations on the sale of medicines. The strike, called by the All India Organisation of Chemists and Druggists, had the support of well over eight lakh pharmacies. But perhaps the only thing clear from the AIOCD’s demands is its intention to protect the business interests of traditional brick-and-mortar pharmacies, even if it comes at the cost of the consumer’s interest. Traditional pharmacies have been knocking at the doors of the government for some time now as they face intense competition from e-pharmacies. Their profit margins and market share have faced pressure in recent years from e-pharmacies that often offer medicines at cheaper prices. While this has improved the accessibility of drugs to a wider population, the concern of traditional pharmacists too is easy to understand. The AIOCD has repeatedly accused e-pharmacies of a wide range of malpractices, including selling fake drugs and enabling self-medication. The organisation has been citing these issues to seek a ban on the sale of drugs online. At the same time, pharmacies too have been fighting the government as it tries to tighten the screws on the illegal sale of drugs. In March this year, the Ministry of Health and Family Welfare proposed the setting up of an e-portal to track and regulate the sale of drugs across the retail chain. The aim was to prevent the sale of fake and substandard drugs, which are estimated to account for a substantial share of India’s drug market. The AIOCD has opposed the proposal, arguing that smaller pharmacies lack the necessary infrastructure to meet the stringent demands of the Ministry, even as the same rules apply to e-pharmacies. With the strike, pharmacists further upped the ante by temporarily halting the supply of an essential good. This is unfortunate. The Ministry’s proposal to bring both traditional and e-pharmacies under the ambit of the e-portal to track drugs is a welcome move. The risks associated with e-pharmacies, especially when it comes to the dispensation of prescription drugs without the necessary checks, cannot be taken lightly. However, the Ministry’s plan on regulating e-pharmacies is a rather outdated one. It has mandated that e-pharmacies must set up a “licensed brick and mortar facility” as part of their operations to comply with the new regulations. This seems like an indirect way of delegitimising the business model of e-pharmacies, rather than a regulation that aims to improve their transparency and regulation. The huge potential for e-commerce in the retail drugs industry is enough reason to avoid such unreasonably stringent standards.

Meaning: A leader who is believed to have the power to solve the world’s problems.

Example: An ordinary priest, he was hailed by thousands as the new messiah.

Meaning: Someone who says something is not possible, is not good, or will fail.

Example: He ignored the naysayers and persevered.

Meaning: To consider something to be caused, created, or owned by someone or something.

Example: He partly ascribed the problems to a shortage of skills at municipal level in treating drinking water and waste water.

Meaning: To make something that is already bad even worse.

Example: This attack will exacerbate the already tense relations between the two communities.

Meaning: To go down to a lower level.

Example: The sun dipped below the horizon.

Example: Even though inflation at 2.6% is low, it is still eating into any money left on deposit.

Meaning: When you flush, you become red in the face, especially as a result of strong emotions, heat, or alcohol.

Example: She flushed with pleasure as she accepted the prize.

Meaning: Having a lot of money.

Meaning: A wind blowing in the opposite direction to the one you are moving in.

Example: The runners had to battle against a stiff headwind.

Example: There has been vigorous opposition to the proposals for a new road.

Meaning: A mixture of sand, water, and cement or lime that is used to fix bricks or stones to each other when building walls.

Example: Use a pestle and mortar to crush the spices.

Meaning: Extreme and forceful or (of a feeling) very strong.

Example: He suddenly felt an intense pain in his back.

Meaning: To mention something as proof for a theory or as a reason why something has happened.

Example: She cited three reasons why people get into debt.

Meaning: Below a satisfactory standard.

Example: It is meant to discover which areas have substandard housing and need federal help.

Example: The most stringent laws in the world are useless unless there is the will to enforce them.

Meaning: Stopping often while you are saying or doing something, especially because you are nervous.

Meaning: The range or limits of the influence of something.

Example: They believe that all the outstanding issues should fall within the ambit of the talks.

Meaning: The authority given to an elected group of people, such as a government, to perform an action or govern a country.

Example: At the forthcoming elections, the government will be seeking a fresh mandate from the people.

Example: The country has been delegitimized by the world community. 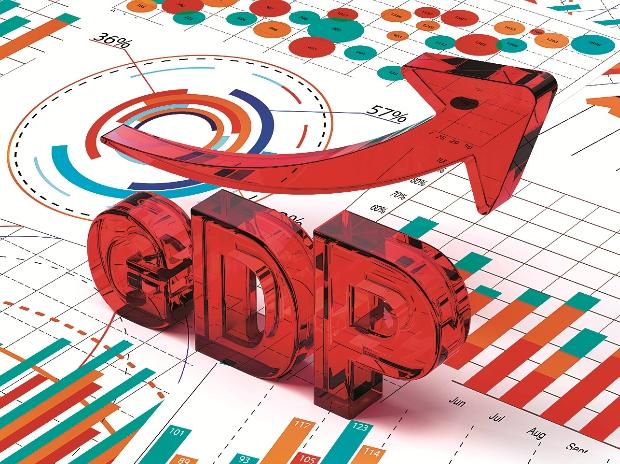