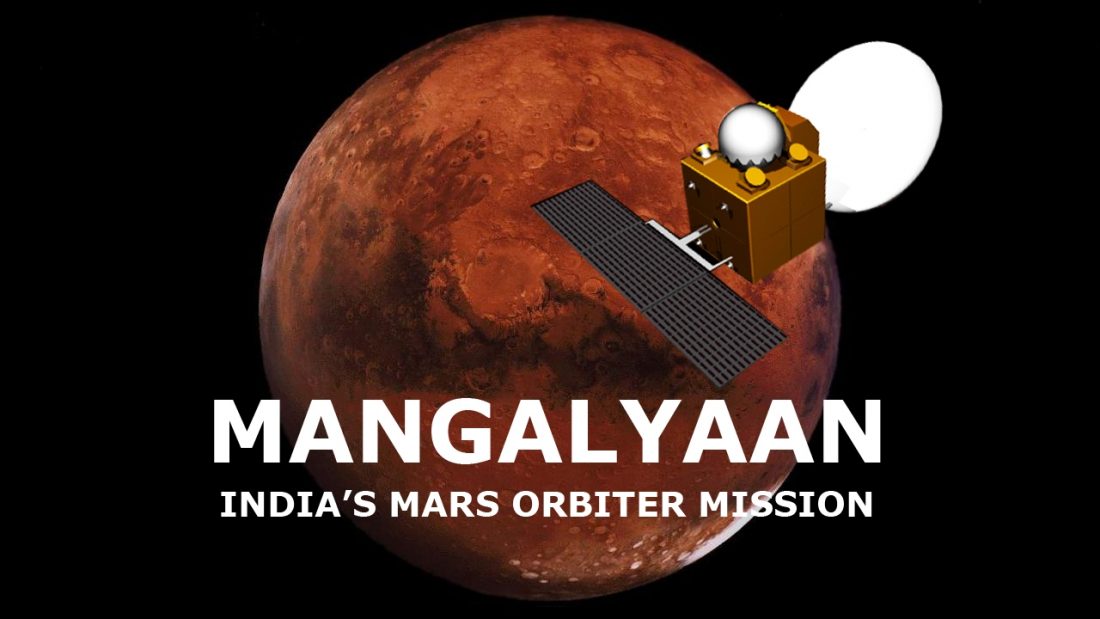 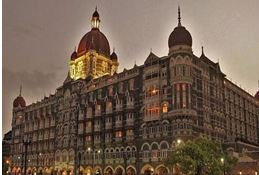 The iconic Taj Mahal Palace in Mumbai has just got itself trademarked. This makes the 114-year-old building the first in the country to get such a registration. The hotel, which has been a defining structure of Mumbai’s skyline, has joined the elite and small club of trademarked properties in the world.

Other trademarked building are, the Empire State Building in New York, the Eiffel Tower in Paris and Sydney Opera House.

Usually, logos, brand names, combination of colours, numerals and even sounds are trademarked but the registration of an architectural design has never been attempted since the Trademark Act came into force in 1999.

Shri Piyush Goyal, Minister of State (IC) for Power, Coal, New and Renewable Energy and Mines launched the Energy Conservation Building Code 2017 (ECBC 2017). It was developed by Ministry of Power and Bureau of Energy Efficiency (BEE).

The code aims to optimise energy savings with the comfort levels for occupants, and prefers life-cycle cost effectiveness to achieve energy neutrality in commercial buildings.

Ministry of Culture launched it in the year of commemoration of the birth centenary of Pandit Deen Dayal Upadhyay from Mathura. 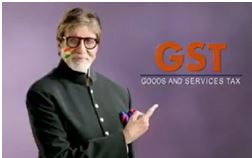 The government has chosen Bollywood superstar Amitabh Bachchan as the face of the Goods and Services Tax (GST), which is set to be implemented from July 1.

In a bid to promote the sweeping tax reform, the Central Board of Excise and Customs has decided to make the actor its brand ambassador. Ace badminton star PV Sindhu was previously the GST ambassador. 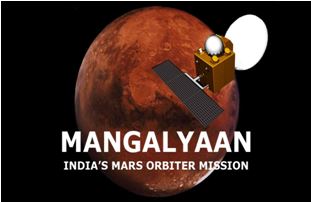 India’s celebrated Mars Orbiter Mission (MOM) completes 1000 earth days in orbit on Monday June 19, 2017 which is more than 5 times the number of days it was designated to last. It has outlived its original lifespan but still in good health.

During these 1000 days MOM has orbited Mars 388 times and has relayed back enormous data including over 715 images. 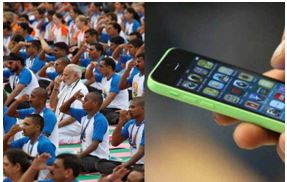 Ahead of International Yoga Day, Union Science and Technology minister Harsh Vardhan launched a mobile application on which people can share their experience about participating in yoga activities.

It will help in capturing, both mass events organised in public places, schools and office complexes across the country on the occasion of International Yoga Day on June 21 and after that. The app has been connected to Google Map where shared information can be seen by the user. 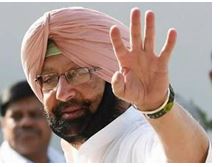 Punjab Chief Minister Captain Amarinder Singh announced complete waiver of crop loans of up to 2 lakh for small and marginal farmers with up to five-acre holdings, and a flat 2 lakh relief for all other marginal farmers, irrespective of their loan amount. 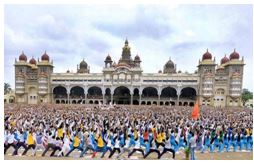 As many as 8,387 schoolchildren formed the “longest yoga chain” in front of the iconic Mysuru palace eyeing the Guinness World Records.

The previous record is held by 3,849 students of Sriperumbudur in Tamil Nadu, who created a yoga chain in 2014. 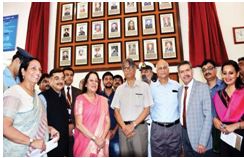 A National Flag hoisted on a 102-foot pole was also inaugurated at the campus. A ‘Wall of Founders and Contributors’ to the university was also unveiled. 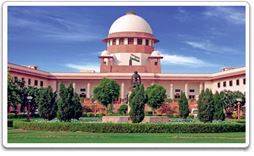 The Supreme Court has asked the news papers to implementation the Majithia Wage Board award on pay structures of journalists and non- journalists in full.

A bench of Justices Ranjan Gogoi and Navin Sinha that the part implementation and non-implementation of the Majithia Wage Board award by some newspaper establishments would not amount to wilful default attracting contempt.

The Tamil Nadu Assembly adopted the GST bill amid a walkout by the opposition DMK, which wanted it to be referred to a select committee and taken up later for discussion.

The Tamil Nadu Goods and Services Tax Bill 2017 was later passed by a voice vote despite the absence of the DMK.

Veteran actor Rishi Kapoor will open the 8th edition of the Jagran Film Festival on July 1. Beginning with New Delhi, the festival will travel to 16 other cities including Kanpur, Lucknow, Allahabad, Varanasi, Patna, Bhopal, Ranchi, Indore, Ludhiana and Dehradun before culminating in Mumbai with the award ceremony in September.

India became the 71st country to ratify the United Nations TIR (Transports Internationaux Routiers) Convention, a move that will help boost trade through smoother movement of goods across territories.

The ratification is a part of India’s multi-modal transport strategy that aims to integrate the economy with global and regional production networks through better connectivity.

In a first, China is planning to send mini-ecosystems containing potato seeds and silkworm eggs to the Moon next year. In an attempt to study how the organisms develop on the lunar surface.

The 3-kilogramme mini-ecosystem developed by research teams led by Chongqing University in China will be sent to the Moon by the Chang’e 4 scheduled to launch in 2018.

French President Emmanuel Macron has re-appointed Edouard Philippe as prime minister after the weekend’s legislative run-off vote and asked him to form the next government. 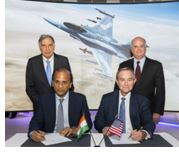 The defence arm of the Tata Group has signed an agreement with American firm Lockheed Martin to produce and export new generation F-16 fighter aircraft.

The deal was signed at the Paris Air Show and Lockheed and Tata said that moving the production base to India would still retain jobs in the United States.

AU Small Finance Bank will come up with an initial public offering (IPO) of 5.34 crore equity shares in the price band of between 355-358 a share to raise a little more than 1,900 crore at the higher end of the band the issue opens on 28 June and closes on 30 June.

Jindal Steel and Power Ltd (JSPL) announced that it has secured coal linkage in the recently-concluded auctions for the captive power sub-sector.

The coal linkages secured for 5-year duration, will provide steady supply of fuel to captive power plants run by the company for its steel-making operations.

The Captive Power Plants (CPPs) of the company are located at Raigarh and Dongamahuah (Raigarh district) in Chhattisgarh. 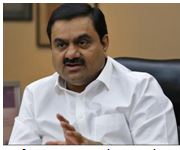 Adani Group has signed an MoU with one of China’s largest private companies “East Hope Group” to invest $300 million in a manufacturing unit of an Indian port.

The MoU was signed between Amit Uplenchar, President of Adani Ports and Special Economic Zone and Meng Changjun, President of East Hope Group (Investment) in the presence of Consul General Prakash Gupta.

A five-member anti-profiteering authority will be set up to decide on levying penalty if businesses do not pass on the benefit of price reduction to consumers under the goods and services tax regime.

Paytm will soon launch its payments bank on the unified payment interface. The launch will enable an easier transaction process for its customers and is reported to happen by August this year.

The Paytm Payments bank was introduced last month. In the first year alone, it targets to open 31 branches (First Physical Branch in Noida) and 3,000 customer service points in a bid to attract 500 million customers by 2020. Customers who open an account with Paytm Payments bank are allowed to deposit sums up to Rs 1 lakh.

SHASHI SHANKER TO BE NEXT ONGC CHIEF:

PEREZ TO REMAIN AS REAL PRESIDENT UNTIL 2021:

Florentino Perez will remain as president of Real Madrid until 2021 after no other candidates ran against him, the Spanish champion announced. It will be the third term for the 70-year-old construction magnate who has spent 15 years at the helm of Europe’s.

India has re-nominated Justice Dalveer Bhandari as its candidate for another term as judge at the International Court of Justice (ICJ).

Justice Bhandari was elected in April 2012 during simultaneous balloting in both the General Assembly and the Security Council to a seat on the ICJ. His current term runs through February next year.

India filed Justice Bhandari’s re-nomination with UN Secretary General Antonio Guterres, ahead of the July 3rd deadline.The ICJ elections will be held in November and, he will serve a term of nine years.

Iranian freestyle wrestlers produced an emphatic performance to finish on top at the Junior Asian Wrestling Championship held in Taichung City of Taiwan.

The medals winners for India are as follows: 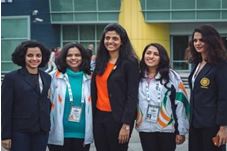 International Master Tania Sachdev crashed through the defences of US champion Sabina Foisor to guide the Indian women team to a victory in the second round of world women’s team chess championship. 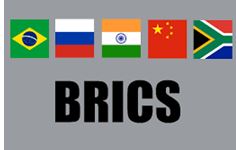 India won six medals in the Wushu competition of the first ever BRICS Games, which concluded in Guangzhou, China.

The medals haul comprised two each in gold, silver and bronze. M. Gyandas and Anjul Namdev won one gold each. The two silver medals came through Bidheswari Devi and Toshibala while L. Sanatgombhi Chanu and Sajan Lama settled for bronze in the Wushu competition.

SRK, GMR TO OWN TEAMS IN SOUTH AFRICA’S T20 LEAGUE:

Shah Rukh Khan and GMR have acquired teams in the T20 Global League recently launched by Cricket South Africa (CSA). They are also promoters of franchises in the Indian Premier League (IPL) since its inception 10 years back.

SRK will own the franchise from Cape Town, team named as Cape Town Knight Riders. Johannesburg will be the hometown for the GMR-promoted team. 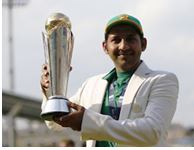 Virat Kohli along with three Indians were named in the ICC Team of the Champions Trophy 2017, with Pakistan’s Sarfraz Ahmed named its captain.

India opener Shikhar Dhawan and Pakistan’s Hassan Ali had already won the Golden Bat and Gold Ball trophies for finishing as the most successful batsman and bowler, respectively. Bhuvneshwar Kumar also secured a position in the list.

HISTORY EVENT OF THE DAY

On World Refugee Day, held every year on June 20th, we commemorate the strength, courage and perseverance of millions of refugees. This year, World Refugee Day also marks a key moment for the public to show support for families forced to flee.

Professor P K Kaw, a globally-acclaimed plasma physicist who spearheaded India’s efforts to produce energy through thermonuclear fusion, died in Ahmedabad. He was 69. 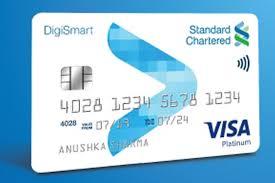 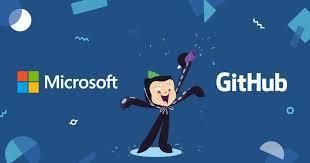