Daily Current Affairs (July 25, 2018) like many other sections is inevitable and this also helps to score in the Banking awareness , Static GK and Financial Awareness sections. Remember, Banking Awareness and Static Awareness Questions are asked from the General Awareness section. This will also help you to ride your preparations for the forthcoming exams. 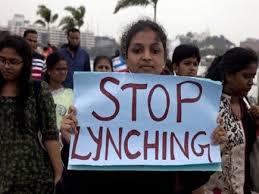 A two high-level committees have been constituted by the central government to suggest ways and legal framework to effectively deal with incidents of mob violence and lynching. It was announced by Home Ministry.

The committee will submit its recommendations to the government within four weeks.

The government has also decided to constitute a Group of Ministers (GoM) headed by Home Minister Singh to consider the recommendations of the high-level committee of the secretaries.

‘Bijli Mitra’ Mobile app for replacement of transformers in Rajasthan 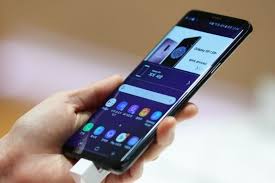 The farmers in Rajasthan will soon have the ease to get their defunct transformers replaced within six hours of registering a complaint through a mobile app.

The scheme was being launched on a pilot basis from Jhalawara.

Chief Minister Vasundhara Raje announced that the process of replacing transformers used to consume a lot of time, therefore, the government decided to introduce mobile app ‘Bijli Mitra’ so that farmers can register their complaint. 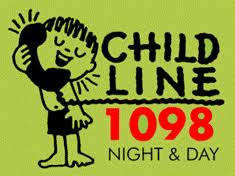 The Women and Child Development Ministry has invited people to share images of the logo of Childline 1098.

The Childline 1098 is the nationwide emergency helpline for children in distress.

The contest has been organised to mark ‘World Day against Trafficking in Persons‘ on July 30. The Childline has been operating at 450 locations, including 76 key railway stations, across the country. 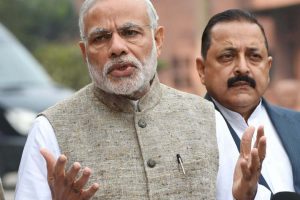 The environment ministry has decided to re-introduce a scheme for awarding Indian authors for their original work in Hindi on subjects related to environment including pollution and climate change.

The Medini Puraskar Yojana, which aims at promoting original writing of books in Hindi, will have four awards for authors of various environmental topics.

The scheme shall be administered by the Environment Ministry and it shall be operational for each financial year commencing from April 1 this year. 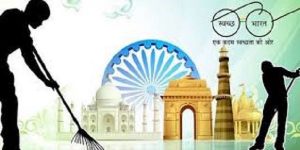 The ministry has declared Jharkhand, Maharashtra and Chattisgarh as the top three states in terms of cleanness and sanitation. 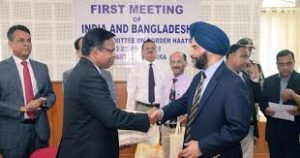 The first meeting of the India-Bangladesh Joint Committee on Border Haats concluded in Agartala, Tripura.

During the two day meeting both sides noted the positive impact of Border Haats on the livelihoods of the people living in areas adjoining the Haats.

Both the countries agreed to set up six new Border Haats with an aim to increase the trade between the two countries before March, 2019. 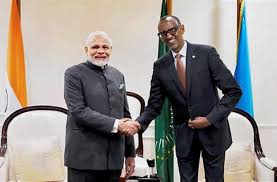 The two countries signed agreements in the fields of Defence, Trade, Agriculture, Leather and allied products and Dairy.

An MoU on the cultural exchange programme for the year 2018-22 was signed. An agreement on defence was signed for capacity building, industry, science, and technology. 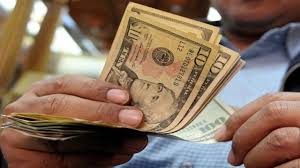 India has extended $200 million line of credit to Rwanda for its economic development.

Two LOC (Line of Credit) agreements – one for USD 100 million for development of Industrial Parks and expansion of Kigali Special Economic Zones and the other for for Agriculture irrigation scheme in Rwanda worth USD 100 million were signed.

Prime Minister gifted two hundred cows, as a contribution from India to the Scheme under ‘Girinka programme’

Prime Minister announced gifting of 100,000 books of the National Council of Education Research and Training (NCERT) books, setting up of the Entrepreneurship Development Centre in Kigali which would provide training to youth of Rwanda. 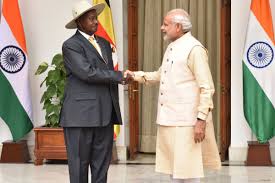 Indian Prime Minister for offering to build a commemoration centre in Kampala in memory of Mahatma Gandhi. 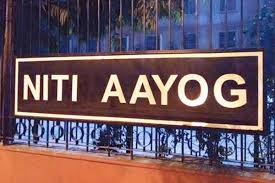 The NITI Aayog has signed an agreement with the Lupin Foundation to collaborate in the government’s ambitious aspirational districts programme.

It aims to quickly and effectively transform some of the most underdeveloped districts of the country.

The NITI Aayog and Lupin Foundation will work in three states – Dholpur in Rajasthan, Nandurbar in Maharashtra and Vidisha in Madhya Pradesh.

They will collaborate to improve indicators in education, health and nutrition, financial inclusion and skill development, agriculture and water resources, and basic infrastructure in the backward districts. 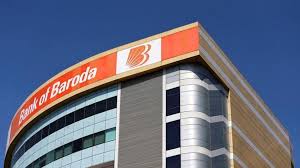 The State-owned lender Bank of Baroda has set up a team of lawyers, called the ‘War Room Team’, to deal with bad loans whose recovery is now embroiled in legal complications Banks, Financial Institutions Sign Agreement To Speed Up Resolution of Bad Loans.

BoB has 380 high-value bad loan accounts, in which the bank is either the sole lender or the consortium leader. The total outstanding amount of these loans is about Rs 15,000 crore.

Pakistan Gets Its 1st Woman Chief Justice Of High Court 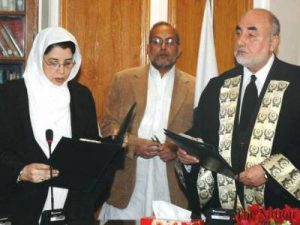 Pakistan has got its first-ever woman chief justice of a high court. 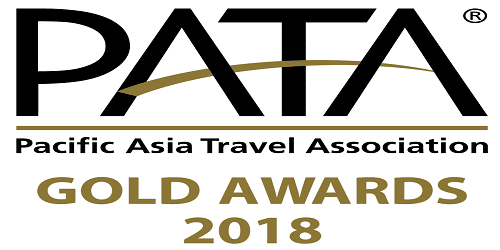 India Heritage Walk Festival, a collaboration of Sahapedia and YES Arts & Culture, has been awarded the PATA Gold Award 2018 for its recently concluded pan-India event.

Sahapedia is an open online resource on the arts, cultures and heritage of India.

The award by the Pacific Asia Travel Association (PATA) in Bangkok has been presented to it under the ‘Heritage-Culture’ category. 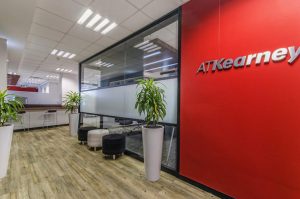 India in 2018 has fallen out of the top 10 destinations for FDI in terms of its attractiveness, according to an AT Kearney report.

China (5), India (11), and Singapore (12) all rank lower this year, while Australia rises to 8th and New Zealand jumps to the 16th spot in only its second year on the Index. Japan and South Korea hold steady at 6th and 18th, respectively. 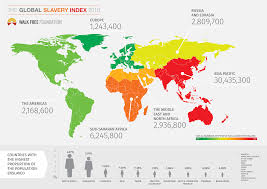 A global survey by human rights group Walk Free Foundation (WFF) has announced that India is home to 8 million slaves among its whopping population of 1.3 billion.

The other four nations with the highest number of slaves are China, Pakistan, North Korea and Nigeria, making up 60 per cent of the global figures, according to WFF.

Ramachandra Guha pens ‘the most ambitious book’ on Gandhi 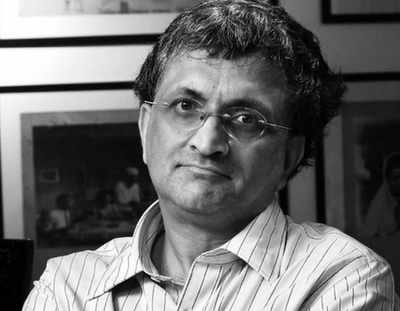 The Renowned historian and author of several bestselling books, Ramachandra Guha has penned a new book on the father of the nation.

His bestselling books includes the highly acclaimed “India After Gandhi” and “Gandhi Before India”.

The book titled “Gandhi: The years that changed the world (1914-1948)” will be published by Penguin Random House India. 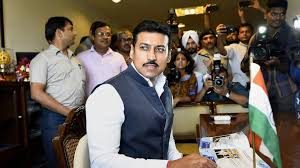 An Olympic medallist is now entitled to a pension of Rs 20,000 per month with the Sports Ministry doubling the amount following a revision in its pension policy.

A medal winner at Paralympics will also be entitled to the same amount as an Olympic medallist. 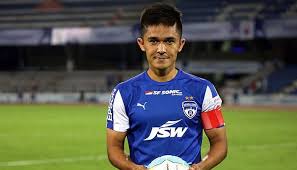 The football team captain Sunil Chhetri as the ‘AIFF Player of the Year’ during an executive committee meeting.

The 33-year-old played his first match for India in the under-20 team in 2004 and went on to become the most capped player and all-time top goal scorer for the national team. 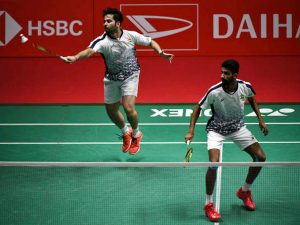 Indian shuttler Sree Krishina Priya had to settle for silver after losing to Russia’s Ksenia Polikaprova in the women’s singles event. 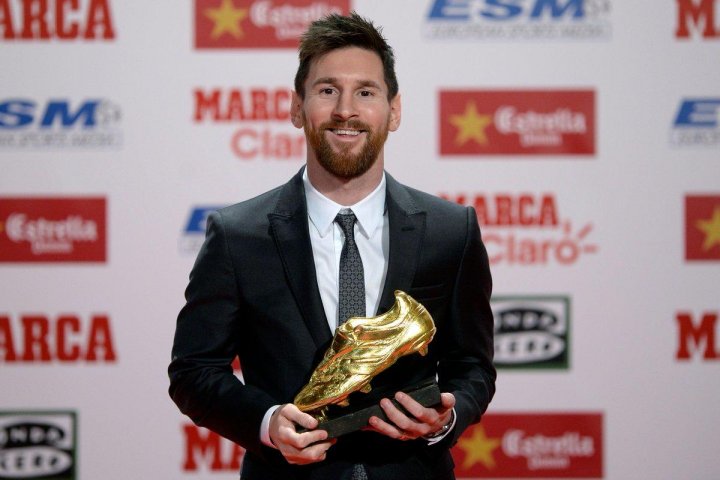