The IBPS CLERK MAINS EXAM 2017 was held today and we had already mentioned the review, analysis and questions asked in the exam of IBPS CLERK MAINS EXAM 2017 in a separate posts. The exam was in the moderate level and the aspirants were able to attend maximum number of questions in all the sections. The reasoning section was considered as the difficult one among the other sections. The English section was in the moderate too . The General awareness section was the easiest of all, the candidates who have prepared for the exams well would have attempted maximum number of Questions in this present section.

So as told in the review post, here we are with the General Awareness Questions asked in the IBPS CLERK MAINS EXAM 2017. This section had questions spread among Current Affairs, banking awareness, financial awareness, Static GK and the likes of others considerable questions. This section will mostly determine the total marks of the candidates, as this is the common scoring section for all the candidates.

1. B.D.Mishra is the Governor of which state ?

3. International meeting of Yoga wellness is held in ?

4. Hand in Hand Military Exercise is the military exercise of which two countries ?

5. JRD TATA stadium is located in which state ?

11. Ukai Dam is located in which state ?

12. Balpakram National Park is located in which state ?

14. Achanakmar Wildlife Sanctuary is in which state ?

16. What is the Headquarters of MIGA ?

17. Who won the Nobel Prize in the field of Economics and for what ?

18. Where is the headquarters of UCO ?

19. Initial Coin Offering (ICO) is related to which field ?

21. S Stalin is related to which sport ?

22. L Tandon who died recently is related to which field ?

23. CRISIL is related to which agency ?

26. What is the actual term of Varishta Yojana ?

27. Kisan Credit Card is not issued by which Bank ?

28. Payment Banks are not permitted to do which function ?

29. D – SIB is announced by RBI based on which of the following parameter

30. Non Banking Finance Company (NBFC) is controlled by which organization ?

31. The committee for the Dispute between Indian and China is headed by ?

32. Vienna is the capital of which country ?

33. What is the Constituency of Virendra Singh ?

35. Which Indian State is the first to start adjournment online ?

40. National Chemical and Fertilizer headquarters is located in ?

41. What is reduction in amount of loan over period of time called ?

Everyone should know about the perks and emoluments an aspirant will get on getting selected as the Clerk in the IBPS Exam and they can check the same in the link that is provided below.

Perks of Being an IBPS CLERK – Emoluments & other benefits 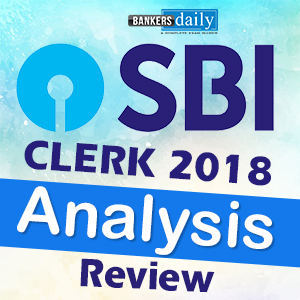 Check this before your IBPS PO Prelims Examination 2017 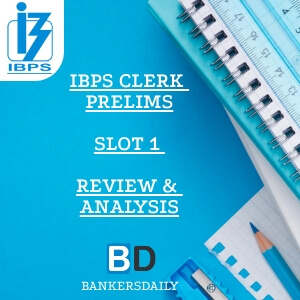