The Start of the new season has flourished and we hope this year will provide you with the best results through your hard word and determination. The previous year ended with the Specialist Officer Exam and since this Clerk notification came in the previous year , this exam pertains to the year 2017, even though the mains exam happen in a different year. English Language being the most difficult section to crack in the recent exams, your preparations should have a dedicated one for this particular section. Also these questions and the topics which are being asked will help you to crack the IBPS CLERK MAINS EXAM 2017. Triple and Four Fillers are the ones which is provided in this particular post.

Q.1) At any point, if the manufacturer (a)/ and the complainant arrive at (b)/ compromise through (c)/ mediation process, the last can withdraw the complaint. (d)/ No error. (e)

Q.2) You have rightly stated that 45% of the GDP (a)/ has not been taken into considerations (b)/ for economic forecast since that (c)/ had so far lain in the dark corridors of unaccounted economy. (d)/ No error. (e)

Q.4) The government on Tuesday issued guidelines (a)/ for the procurement of wind power through a bidding process, (b)/ which included the standardisation of (c)/ the process and a definition of the roles and responsibilities of various stakeholder. (d)/ No error. (e)

Q.5) Russian President Putin (a)/ statement about (b)/ sending terrorists to God, (c)/ after all, turned out to be falsely attributed. (d)/ No error. (e)

Q.10) Having left service, she still possessed (a)/ a strong instinct to promote the welfare of students (b)/ she would never see again, and from whom (c)/ she did not stand to gain nothing. (d) / No error. (e)

D.11-15):  In the following questions, each statement is segmented in to three parts (I), (II) and (III). In which one part may have an error. Identify the part(s) which have an error. If the given sentence is grammatically correct, choose “No correction is required”

Q.11) The government envisaged a scheme of (I)/ organic paddy farm, together with aquaculture, with a views to (II)/ protecting wetlands and paving the way for cleaner environment. (III)

I) The government foreseeing a scheme of

II) organic paddy farming, hand in hand with aquaculture, with a view to

III) protected wetlands and paving the ways for clean environment.

Q.12) “The constitutional power of the executive of granted pardon (I)/ to conviction could not be exercised by the apex court unless there (II)/ is a violation of fundamental rights”, the Supreme Court held today. (III)

I) The constitutional power of the executive to grant pardon

III) is not a violation of fundamental rights, the Supreme Court held today.

Q.13) Finance Minister Jaitley said that for the first (I)/ time there was popular support for economic reforms in India and (II)/ the recently election outcome were indicative of it. (III)

I) Finance Minister Jaitley says that for first

III) the recent election outcomes  were indicative of it.

II) Dr. Burnier was in her fifth terms as president of the Theosophical Society,

III) having taken office as the seventh president in 1980.

Q.15) Regarding the arts and science courses, (I)/ the Chief Minister of Puducherry said that many students were (II)/ reluctance to joined such courses though these had good response. (III)

I) Regarding arts and science courses,

II) the Chief Minister of Puducherry said that many students are

III) reluctant to join such courses though these had good response.

D.16-20): In the following questions, there are four different sentences (a), (b), (c) and (d) which have an error. Among them choose the sentence which is grammatically correct. If all the sentences are incorrect then choose ‘e’ as your answer.

a) A muscled version of the ISRO’s Polar Satellite Launch Vehicle will lifted off with Chandrayaan-I from Sriharikota on April 9, 2008.

b) Another surprise is that people in the USA are getting to see this Kannada comic drama with English subtitles much before their Indian counterparts.

c) Six years ago, when all the prawns in his farm died due to viral infection, Baburaj of Cheriyathuruthi at Kadalundi see the world around him crumble.

d) Her father, Premchand Mishra, a bank recovery agent, is proud of her daughter’s achievement.

a) Writing poetry comes to him as easily computing accounts or balancing spreadsheets.

b) Smart electricity meters, of which there is more than 100 million installed around the world, are frequently “dangerously insecure,” a security expert has said.

c) For coastal communities, hit adversely by changing sea farming technology, a wonderfully abundant terminology for fish and waves are of no use in inland areas.

a) The ground unfurled under their feet like a sheet waving in the wind and no sooner had the shaking stopped when they heard a noise `like the sound of a helicopter’.

b) A 200-year-old predominance of printing give languages with written literature more importance.

c) The pond is divided into two segments with sand-made bunds and pipelines beneath to facilitate flow of water among the segments.

d) The government is set to change a four-decade-old definition of blindness to bring it in line with the WHO criteria and ensure the Indian data on blindness meets the global estimates.

a) Now I am enjoying being in the limelight, but I am also aware that television and the perks that come with it are not permanent.

b) As defined under the NPCB, a person unable to count fingers from a distance of six meters are categorized as “blind” in India, against the WHO’s stipulation of three meters.

c) “We hoping China and India will join hands and work together for rejuvenation of Asia and for the development of our region,” he said.

d) The visitors whipped out vividly printed scarves, oversized animal-inspired metal brooches and the most unique boaters to complete each carefully constructed ensemble.

a) I encountered home-grown craftsmen who created the cleanest handmade white gold cufflinks and the snazziest suspenders.

b) I want to try for the civil services, just once, and if I clear it, I want to opted for the Indian Police Service.

c) According to a poll report, India’s tax regulations, corruption and poor public health is the most problematic factors for doing business.

d) At present, the farming is restrict to only one of the segments, as the bund that separated one segment from the river was washed away in a flood.

5) a) Replace ‘Putin’ by ‘Putin’s’ – Possession error – You can form the possessive case of a singular noun that does not end in ‘s’ by adding an apostrophe and ‘s’. (i.e.) Living things.

8) a) Interchange ‘Whole the’, by ‘the whole’. Misplaced article ‘the’ should be used before ‘whole’.

9) a) Remove ‘more’ before ‘better’. ‘More’, and ‘better’ are both comparatives and should not be used together.

10) d) Replace ‘nothing’ by ‘anything’. Two negative words used in the same sentence will affect the semantics.

d) Replace “her daughter’s” by “his daughter’s” – “her father” should be followed by the pronoun “his”.

a) Add “as” after “easily” – To show equality ‘as’ is used both before and after the adjective/adverb.

b) Replace “is” by “are” – here, “Smart electricity meters” is the subject and is in plural form. So it should be followed by plural verb “are”.

c) Replace “are” by “is” – here, “abundant terminology” is the subject and is in singular form. So it should be followed by singular verb “is”.

b) Replace “give” by “gives” – “A 200-year-old predominance” is the subject and is in singular form. So it should be followed by singular verb .

c) Replace “among” by “between” – Between is used when comparing two objects.

b) Replace “are” by “is” – here, the subject is “a person” which is singular in form. So it should be followed by a singular verb “is”.

d) Replace ‘restrict’ by ‘restricted’. The sentence is in passive form.

c) Replace “is” by “are” – here, the subject is plural in form. So it should be followed by a plural verb “are”. 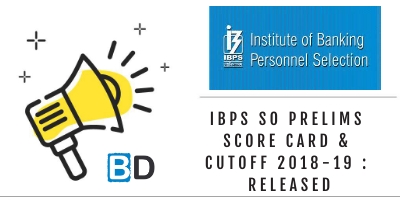